See the Best Looks from the ‘Camp: Notes on Fashion’ Red Carpet

Considered one of the world’s biggest fashion events, the Met Gala is an annual benefit event for the Costume Institute at the Metropolitan Museum of Art in New York. Affectionally dubbed “the Oscars of fashion”, the extravagant event is known for its exclusive guest list, its expensive tickets, and its extravagant outfits.

This years’ theme, “Camp: Notes on Fashion”, was inspired by Susan Sontag‘s 1964 essay, which defines camp as “love of the unnatural: of artifice and exaggeration.” Featuring both men’s and womenswear, the exhibition will feature over 200 pieces of fashion from designers including Virgil Abloh, Alexander McQueen, John Galliano, Rei Kawakubo, Mugler, Bob Mackie, Karl Lagerfeld, and more. The Viktor & Rolf slogan couture gowns that sparked an endless stream of memes will also be on display.

The entire event was fittingly sponsored by Gucci and hosted by Lady Gaga, Harry Styles, Serena Williams, and Anna Wintour.

Embracing the glittery, the tacky, the over-the-top, the gender-bending and the taboo, camp is an aesthetic that flies in the face of Western hetero notions of respectability and good taste, and looks good doing it. The celebrities on the red carpet didn’t disappoint — think over-the-top silhouettes and eccentric styling.

From Lady Gaga’s four outfit changes on the red carpet to Jared Leto carrying his own head, we’ve put together a few of our favourite interpretations of camp to celebrate the Costume Institute’s new exhibition. 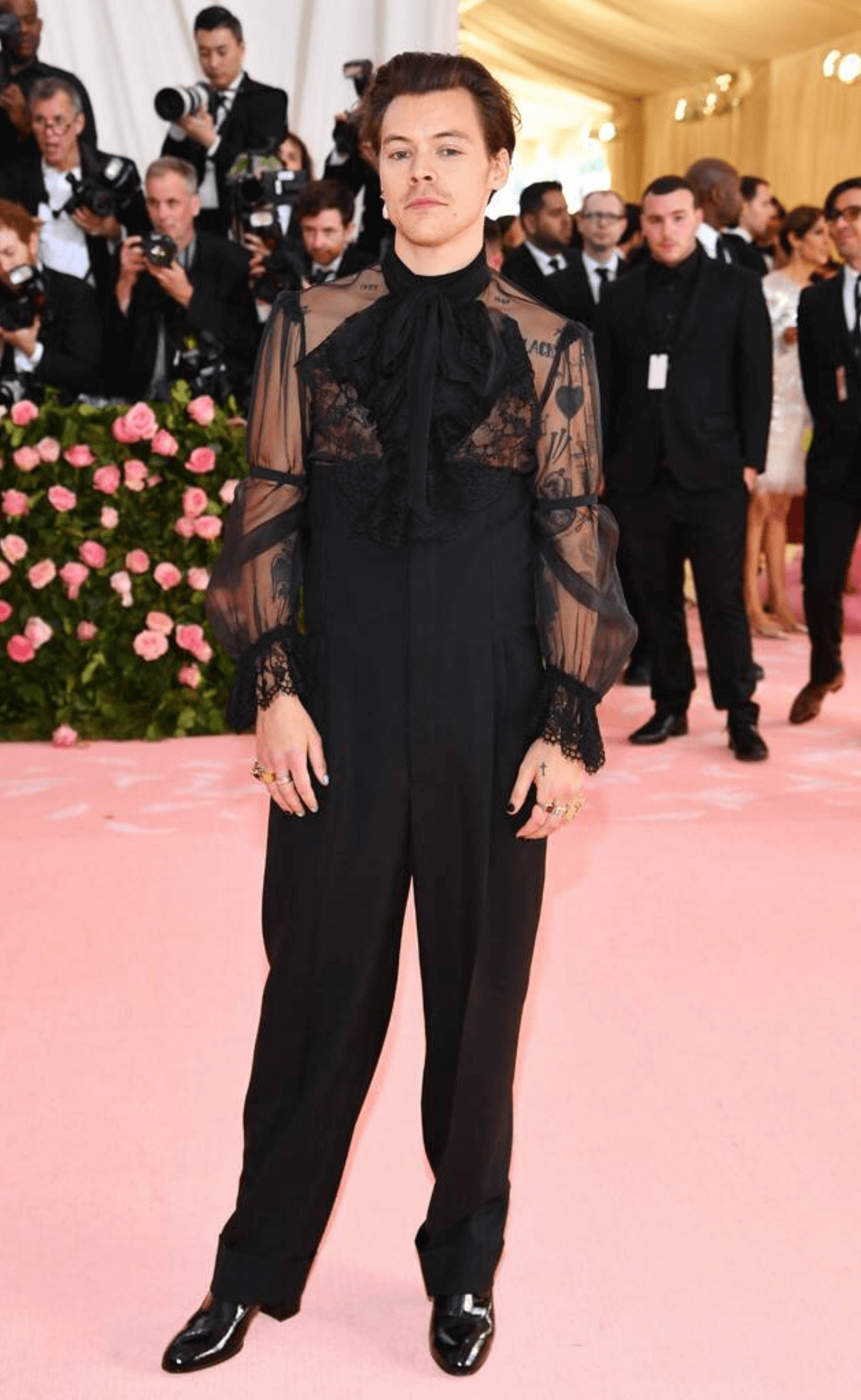 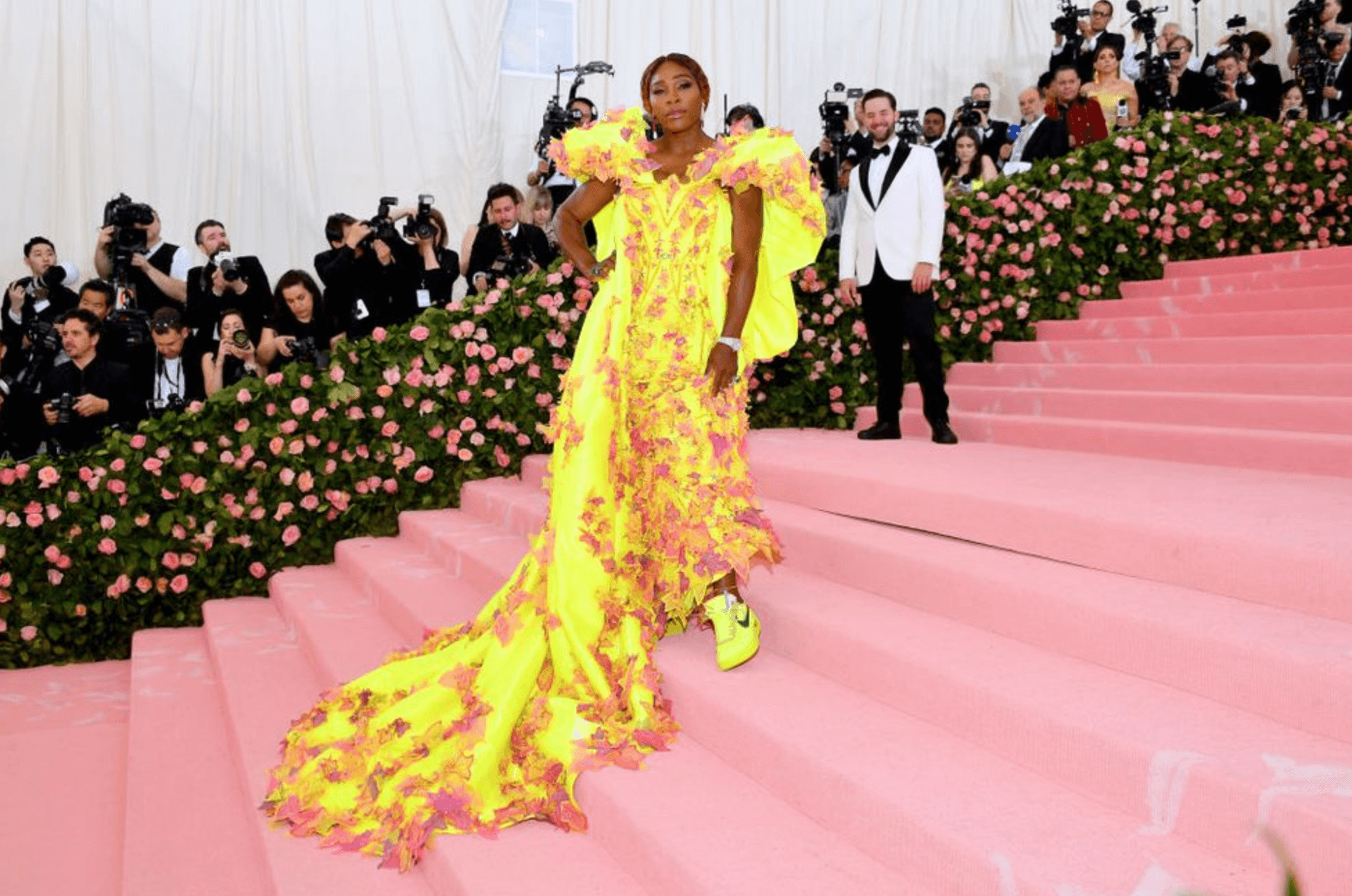 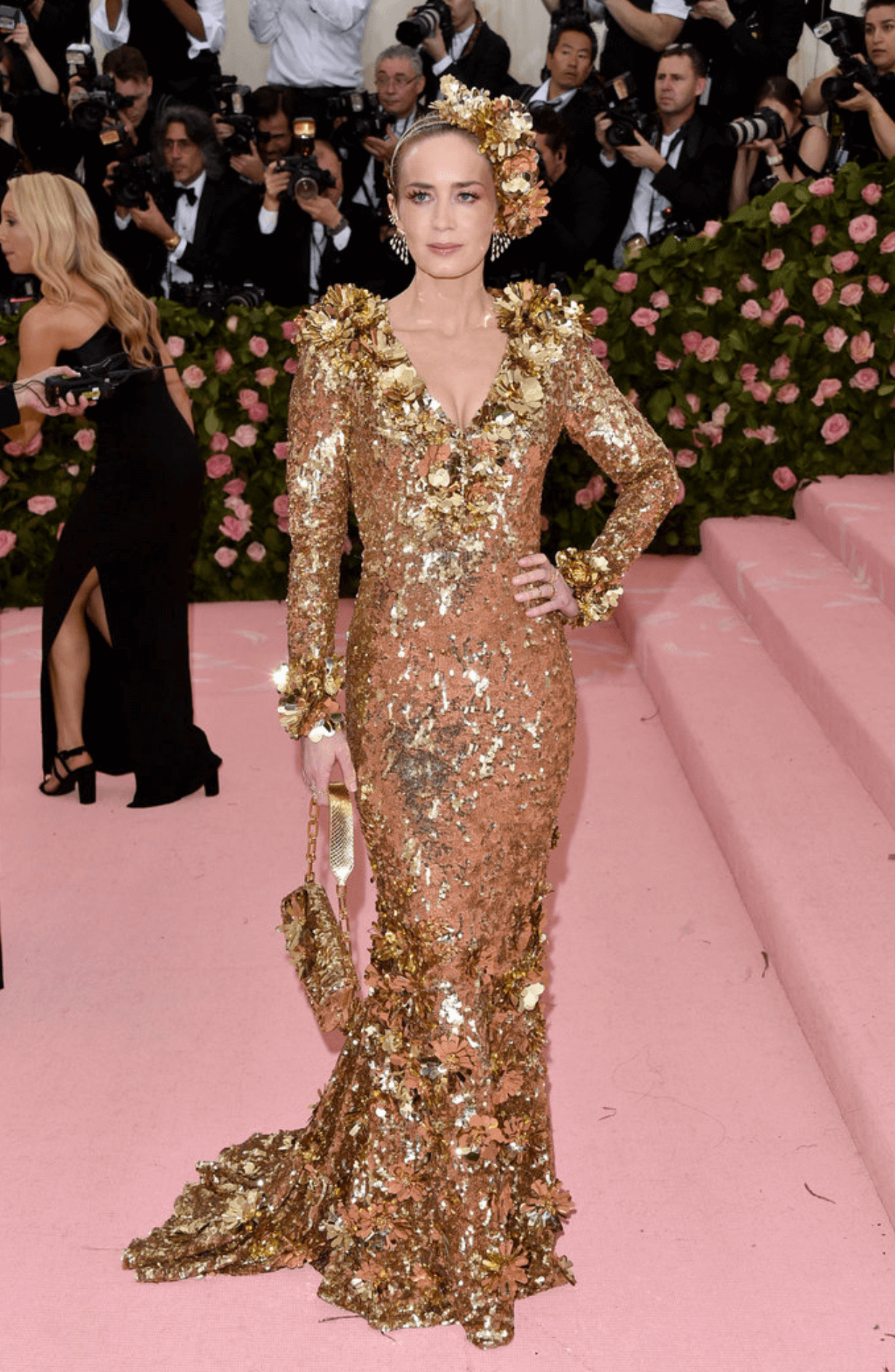 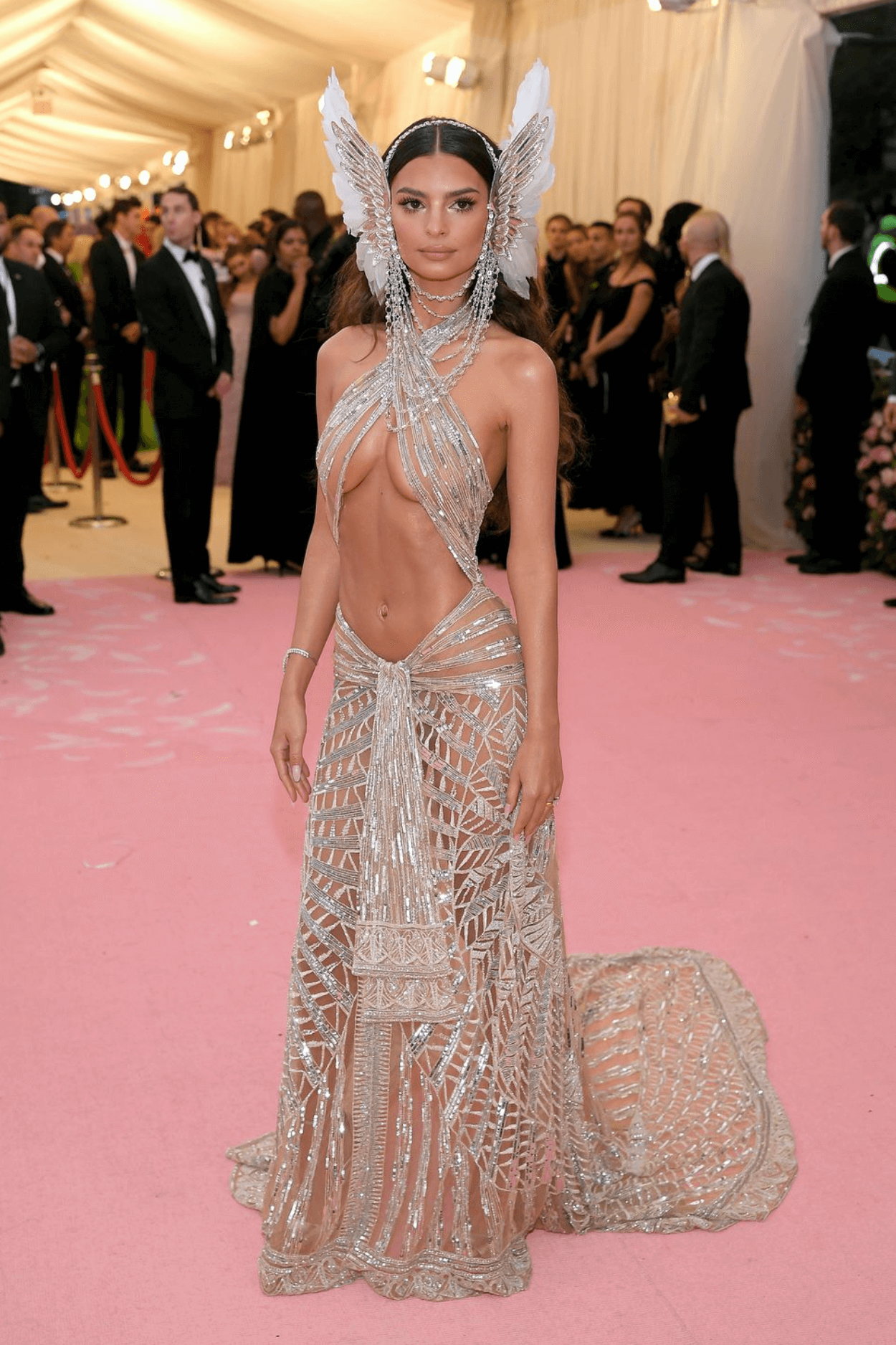 Kendal and Kylie Jenner in Versace 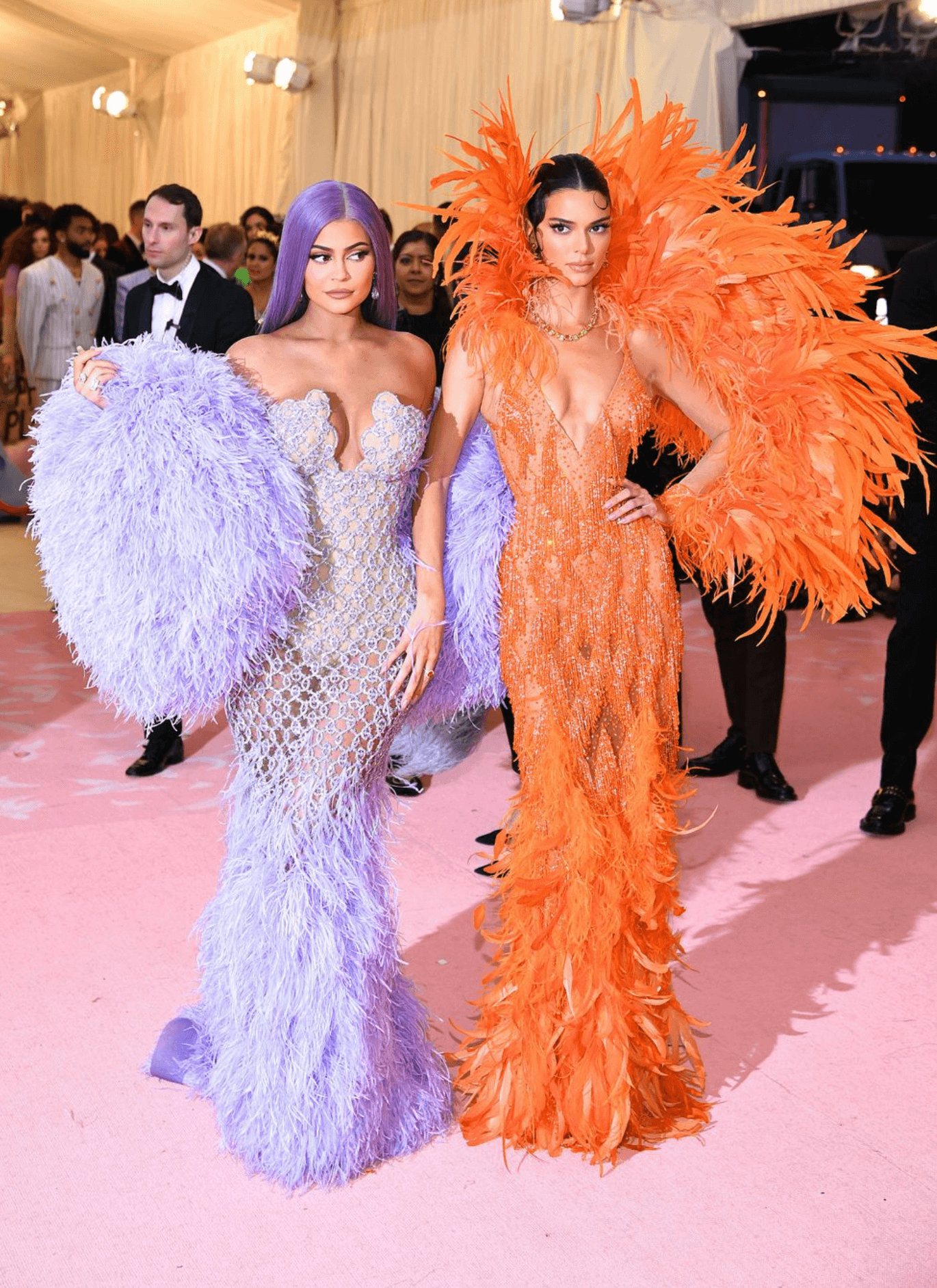 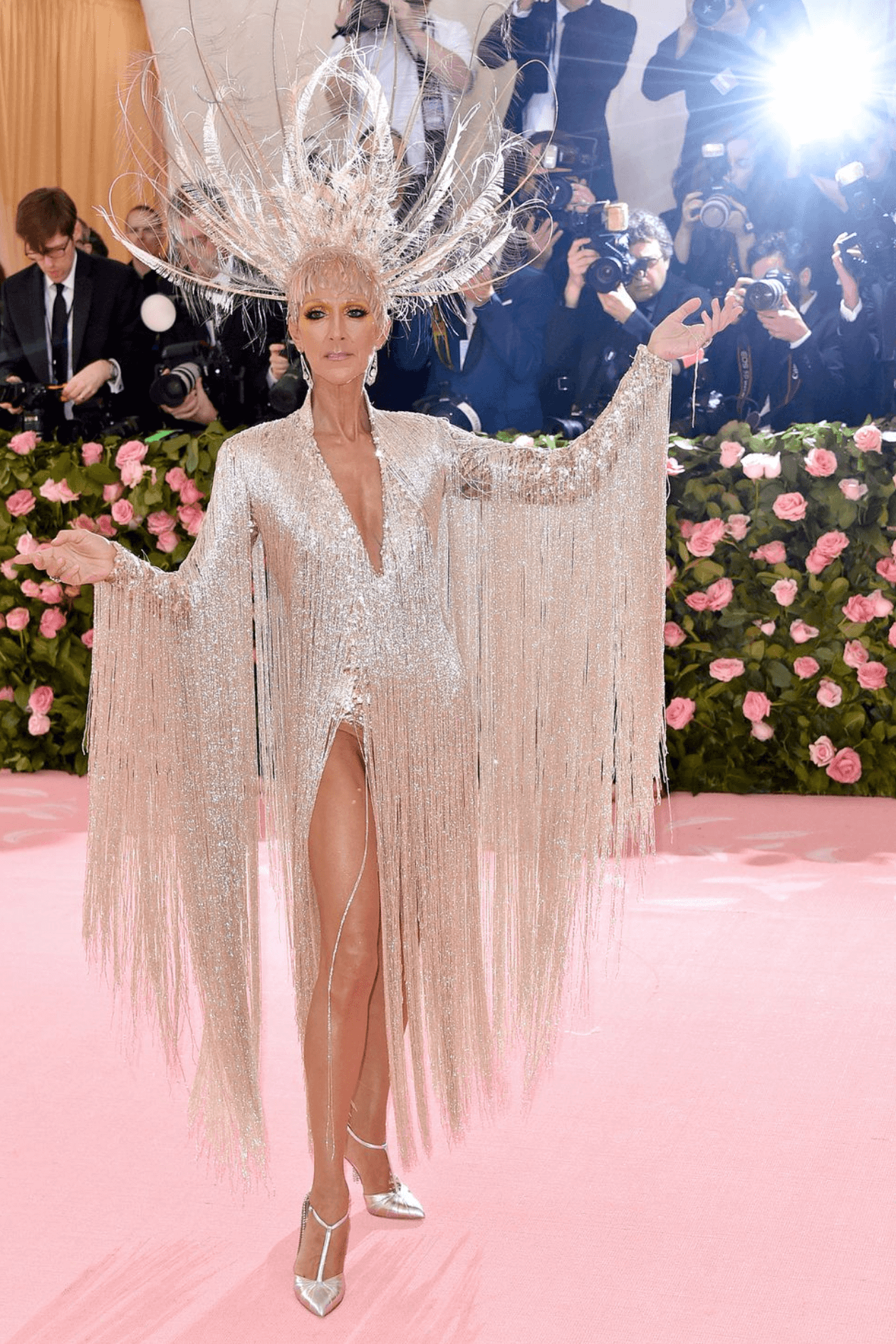 Cardi B in Thom Browne 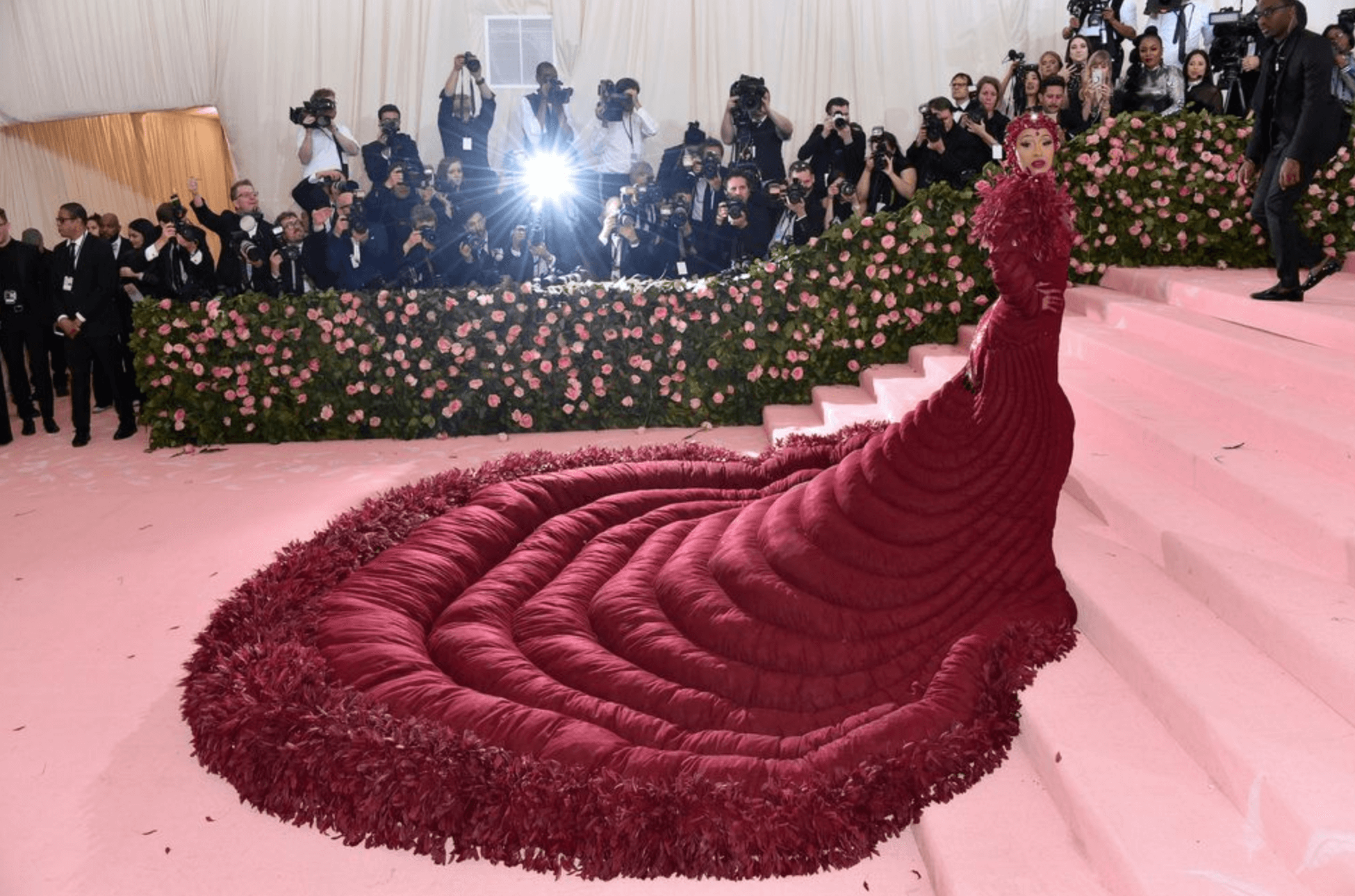 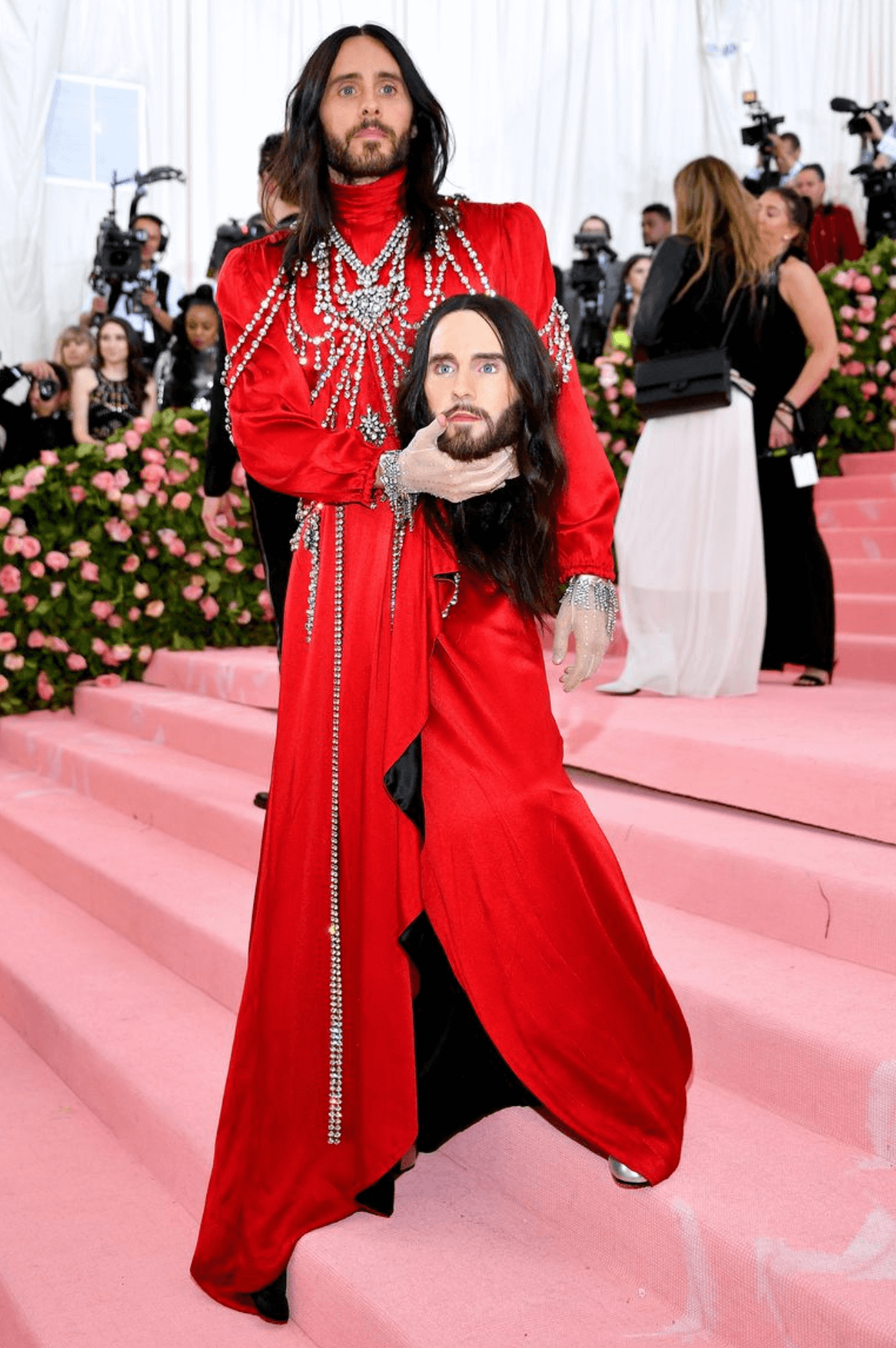 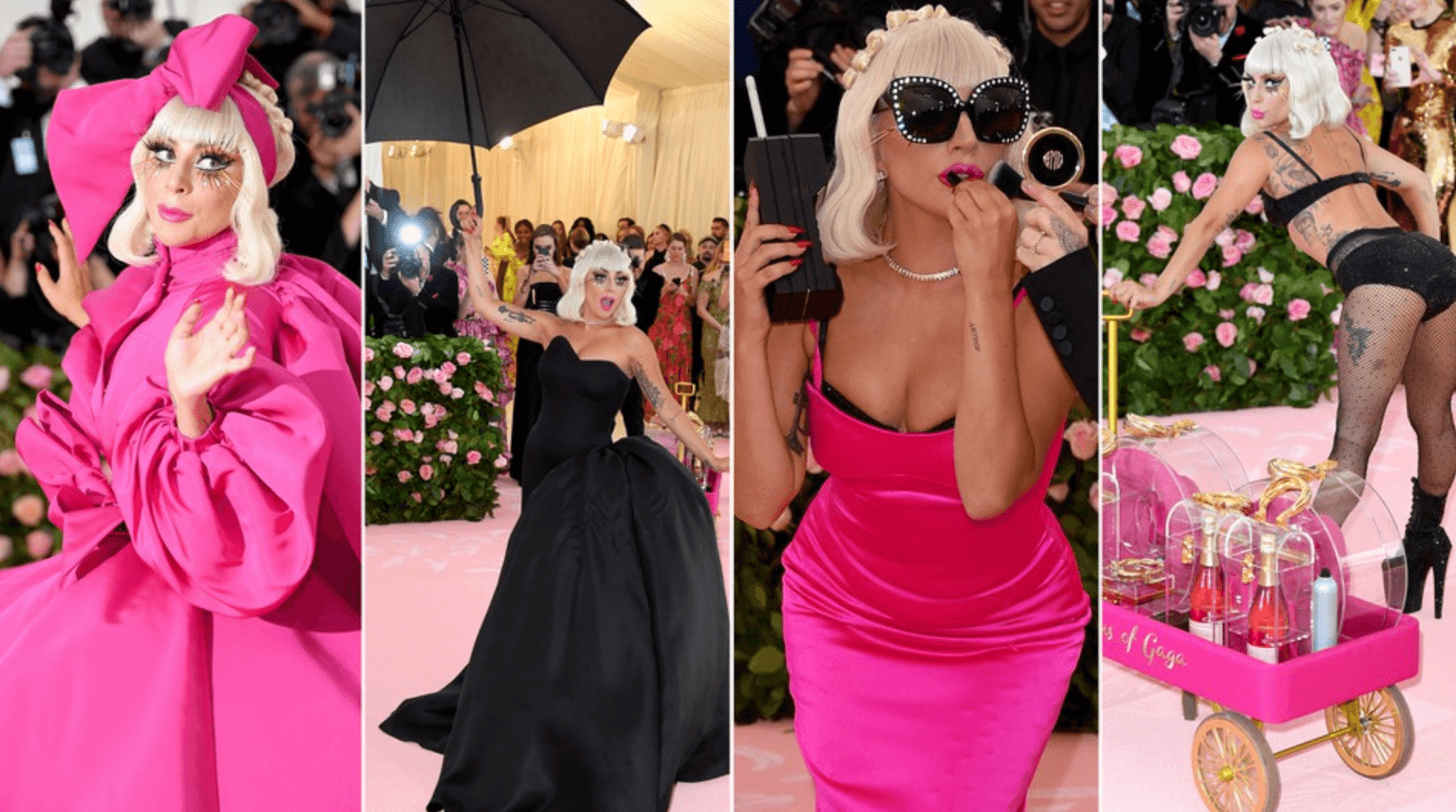 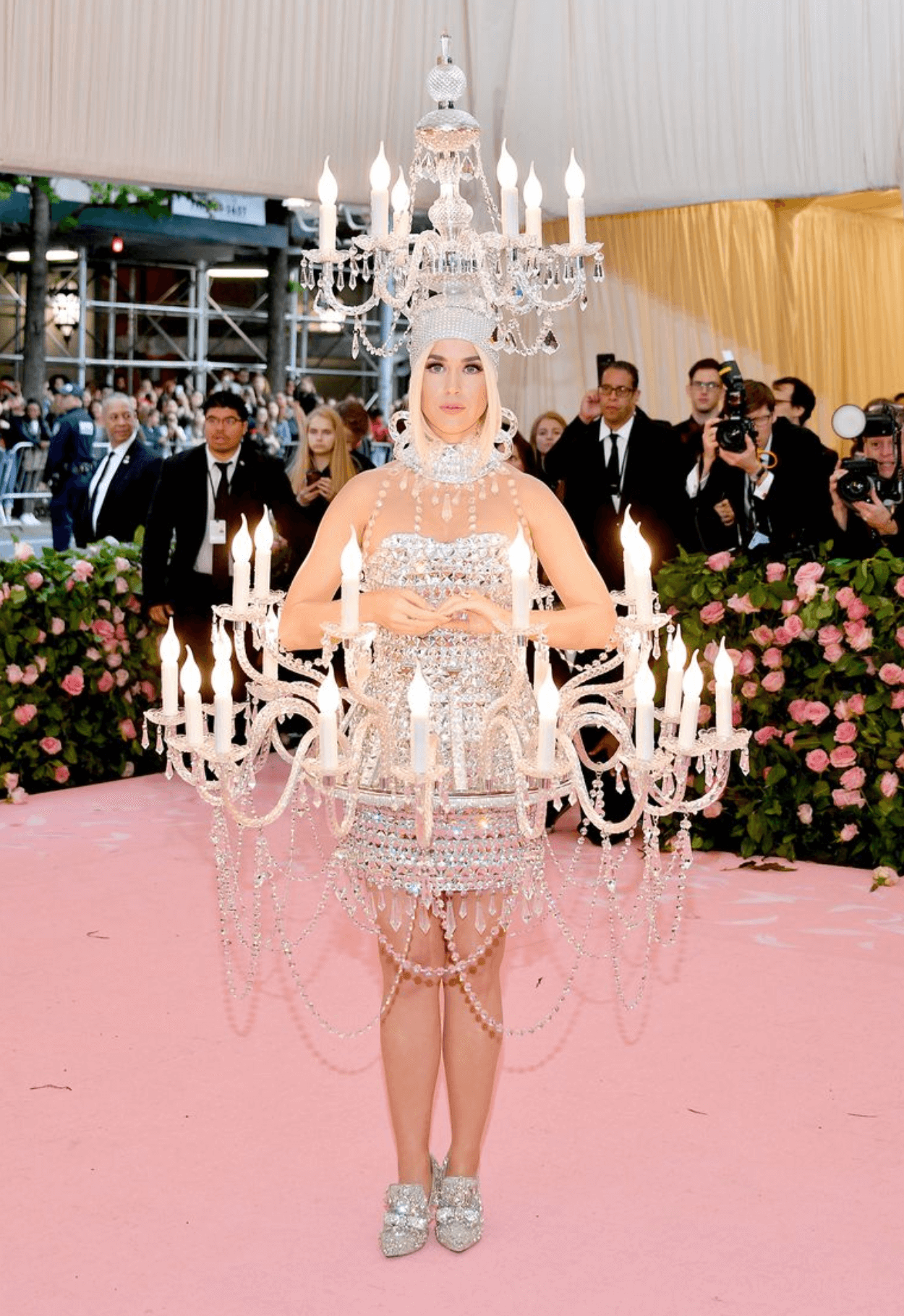 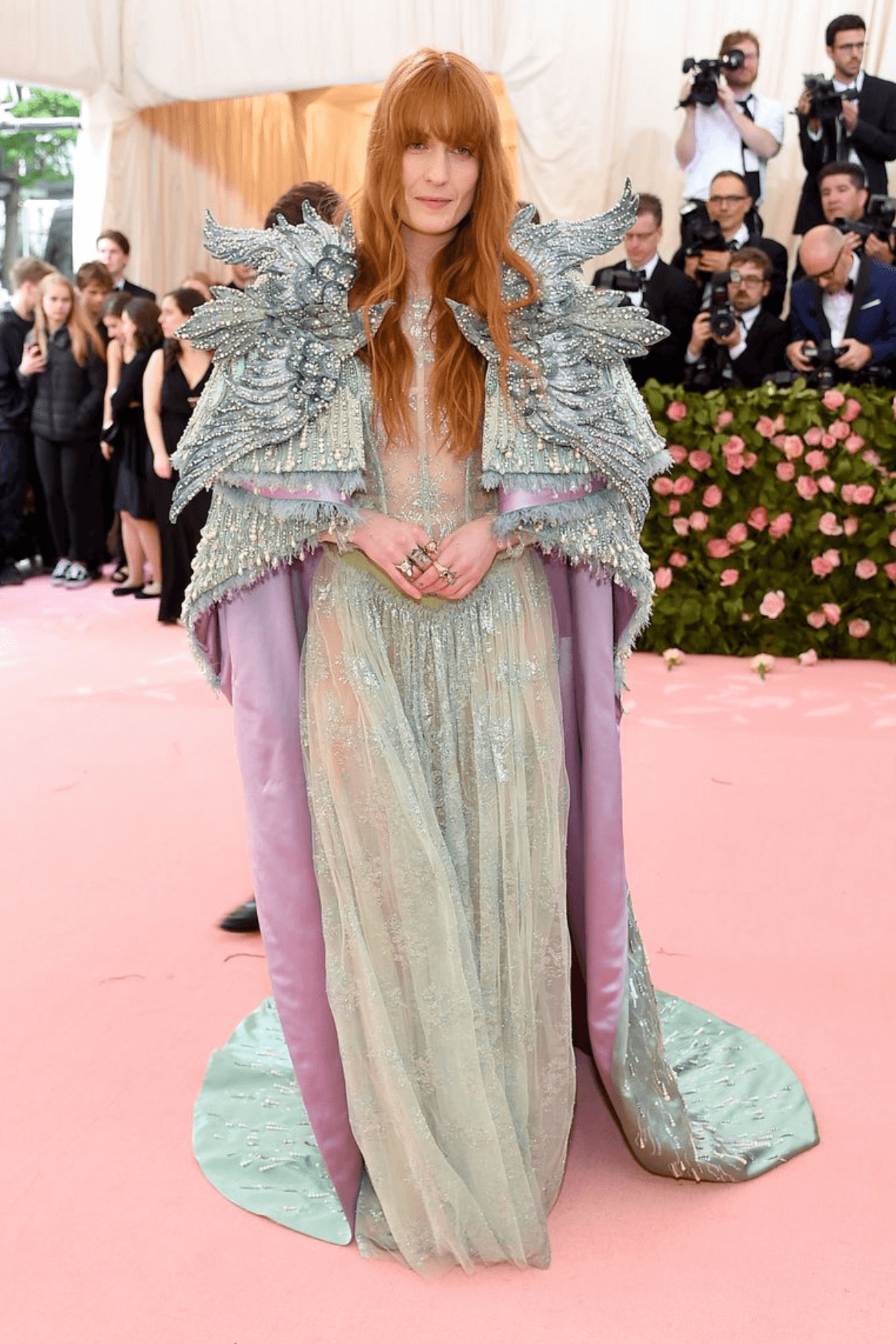 “Camp: Notes on Fashion” opens to the public on Thursday, May 9.