Earlier in 2020, Adidas launched the A-ZX program created with its archives, in which the brand selected design partners from around the world. Using the brand’s ZX franchise as the canvas, each collab brought a unique treatment to one of Adidas’ most iconic models.

For the December release of the A-ZX program, Adidas originals joined forces with renowned porcelain maker Meissen to create Porcelain. 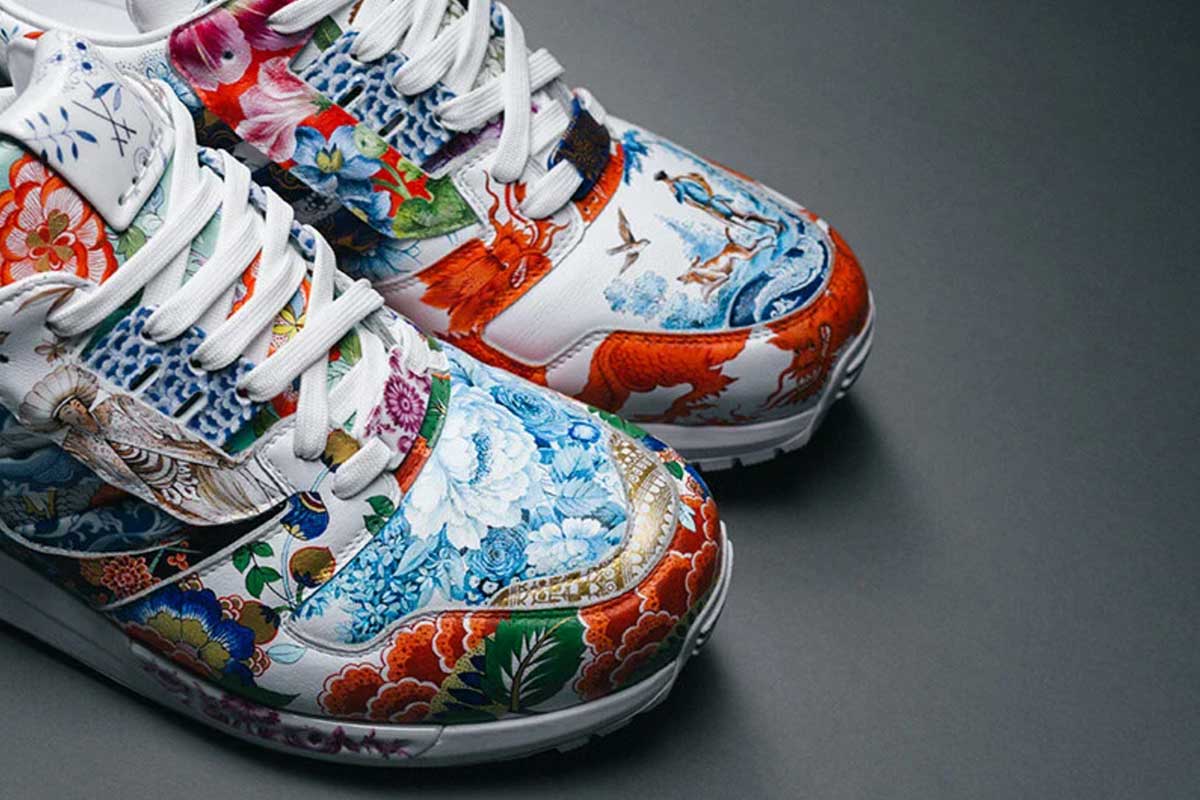 Paying homage to this quintessential piece of Meissen design, Adidas’ ZX8000 shoe model is decorated with 15 of the vase’s 130 different patterns, each one painstakingly crafted with the utmost care and precision by four individual painters across three separate Meissen departments.

The one-of-one sneaker was assembled over a six-month period, with Meissen’s artists hand-painting the leather and the hand-made Meissen porcelain overlays on a design that weighs in at exactly 950 grams. 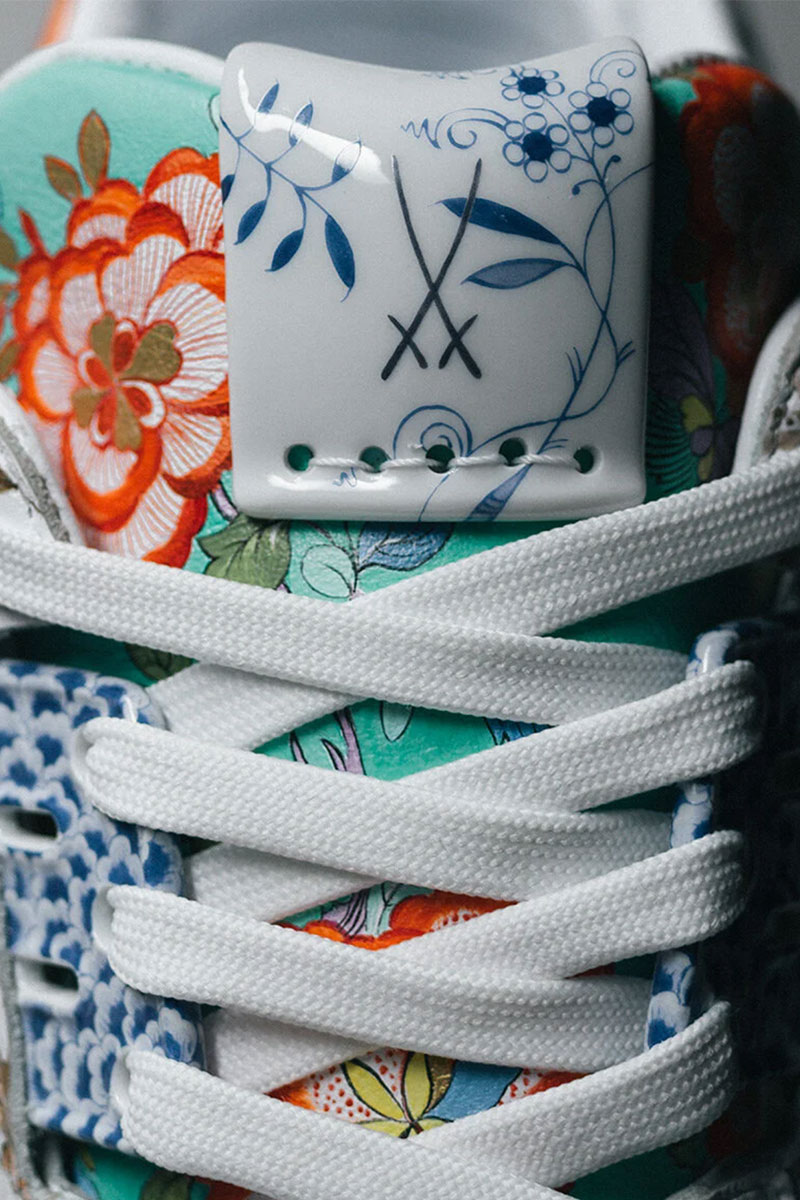 Adidas’ A-ZX series was conceived originally in 1984 as a line of high performance running sneakers. It’s inaugural A-ZX line in 2008 and 2009 was presented as a way for the sportswear giant to bring new collaborators to the fore by partnering with creatives from across the globe through each of the 26 letters of the alphabet.

Artists, designers, both industrial and visual, and a number of professionals and brands from diverse fields have contributed to the remodelling of Adidas’ iconic ZX8000 sneaker silhouette, and Europe’s oldest porcelain manufacturer is the latest addition. The Porcelain serves as an elevated artistic representation of the iconic Adidas ZX 8000 silhouette. 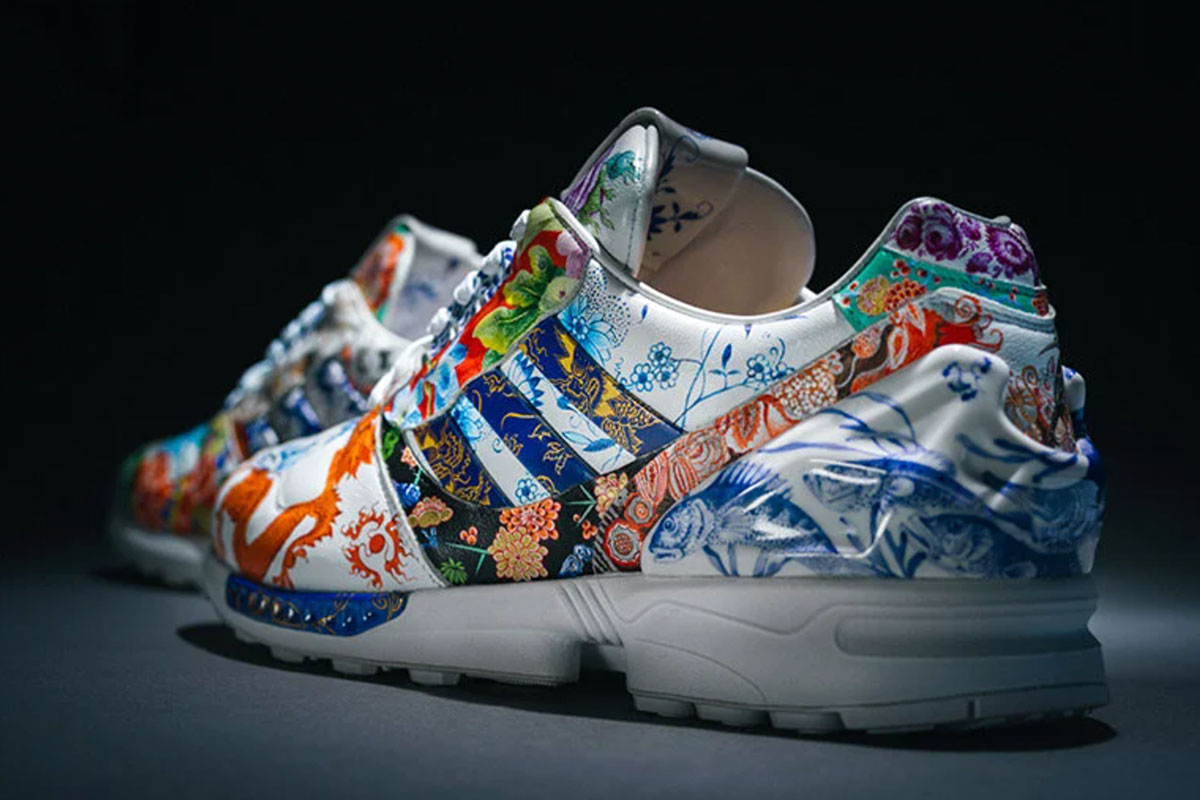 The Porcelain was auctioned via Sotheby’s on December 16, 2020, and raised US$126,000. The final auction sale amount will be donated to the Brooklyn Museum to support access to arts education to the under-served youth in New York City. Meanwhile, the commercially-available silhouette, inspired by the art piece and traditional Meissen design, will be available for purchase in December.

All photos courtesy of Sotheby’s.