It’s one of the most iconic opening scenes in cinema history. Holly Golightly, dressed in a little black Givenchy dress, pearls, and sunglasses, eats a croissant and sips a coffee in front of the Tiffany & Co. Fifth Avenue windows. Fast forward 56 years, and she could’ve gone inside and ordered a cappuccino at the Blue Box Café. 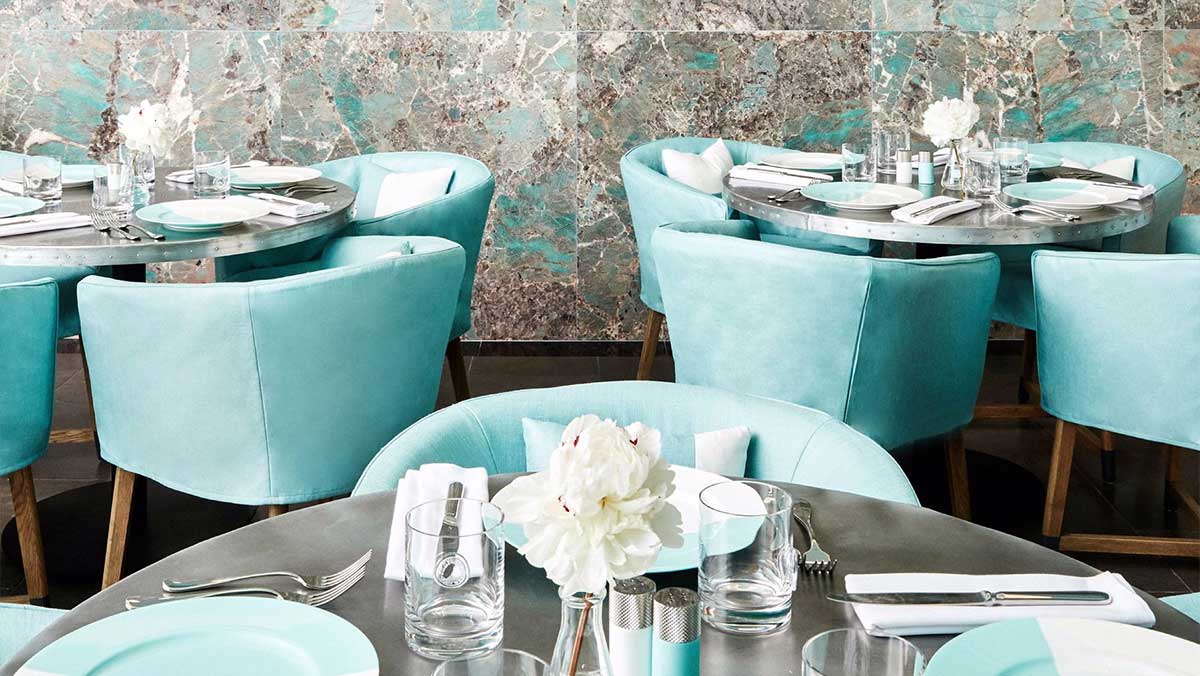 Located on the newly reopened home and accessories floor, the Blue Box Café swung open its luxurious doors on November 10th – and has been packed ever since. People who arrived even an hour before the 10 a.m. opening on Saturday were sent home since reservations were already full for the rest of the day. People returned to queue up the next day more than four hours in advance of Sunday’s noon opening.

The cafe is the luxury jeweler’s first foray into food, with set breakfast, lunch, and tea service at $29, $39, and $49 respectively. Actually, you can eat a lot of things at Tiffany’s. The Charles Lewis Tiffany Club Sandwich, named after the Tiffany’s founder, a Fifth Avenue Salad, a Blue Box Café cake, and a bunch of other “American classics reinvented to be uniquely Tiffany,” Richard Moore, VP, creative director of store design and creative visual merchandising told Vogue.

And yes, he says, you can totally order a croissant too.

Seemingly targetting a younger demographic, the café is named after Tiffany & Co.’s infamous blue jewelry boxes that are synonymous with the brand. Doused in the company’s iconic hue, the café’s walls, upholstered chairs, fine bone china and delicate trinkets will all be featured in Tiffany & Co.’s world-famous duck-egg blue.

“Both the café and redesign of the Home & Accessories floor reflect a modern luxury experience. The space is experimental and experiential – a window into the new Tiffany.” – Reed Krakoff, the chief artistic officer at Tiffany & Co

Check out the gallery above for more photos.