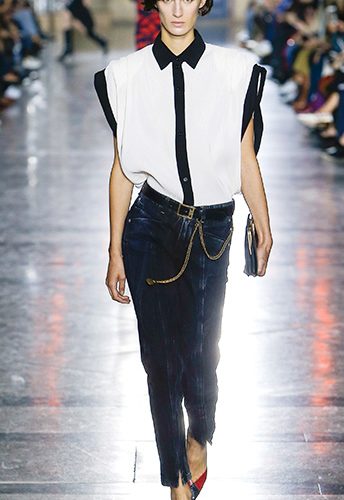 Clare Waight Keller has inherited Givenchy from Riccardo Tisci, who left the label in February after 12 years. Which means that, in a season of debuts, this one was the most keenly anticipated.

She looked back at house founder Hubert de Givenchy’s dynamic sketches and came to the conclusion that he started everything with the shoulder; also, that he was a fan of graphic print. She said she chose two: a clover from 1961 and the animal motifs of 1981.