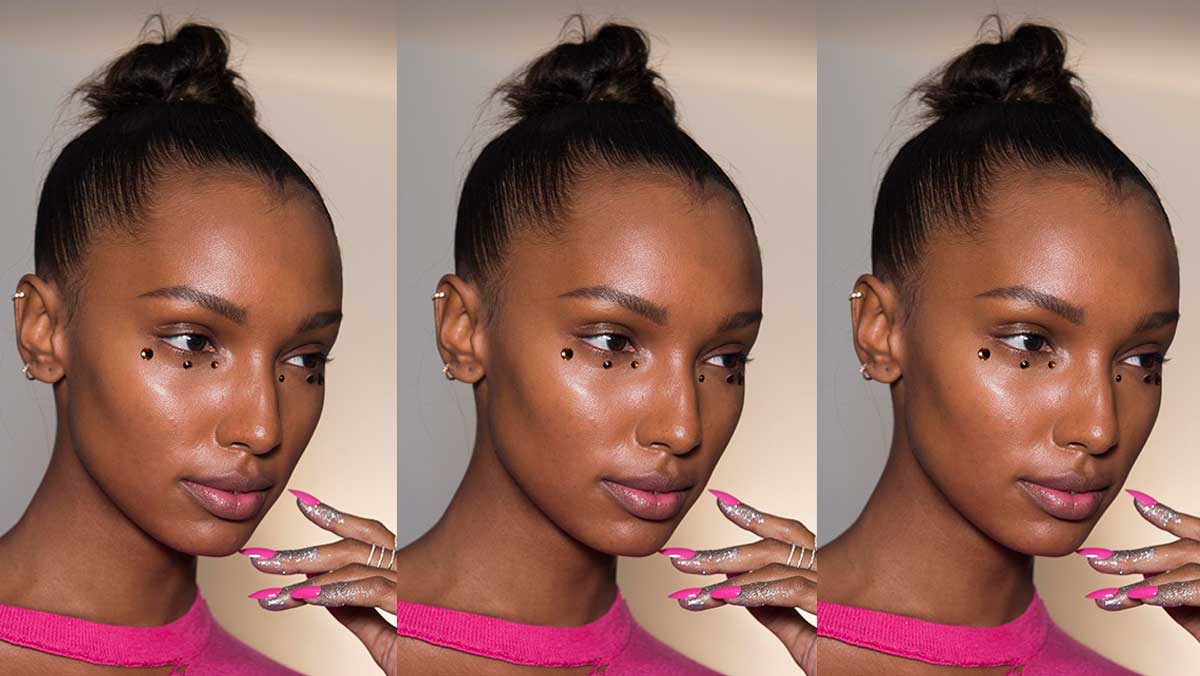 I wanted to create something wearable that is unique to each models’ individual character. In the past, we have created strong, conceptual looks that embrace the mood of the clothes and the statement Jeremy is making.

This season the statement is, there is no statement. The hair is relaxed and beautiful. I want every girl to look in the mirror and like the way they look, then leave the show wearing the look.

Headlined by fashion’s elite, Jeremy‘s 20th Anniversary Collection featured world class models that have inspired him along the way and is a true portrait of his individual style. Whether it was the
techno tail on Karlie Kloss, a nod to masculine grooming on Coco Rocha, gorgeous beachy hair on Stella Maxwell or a top knot on Jasmine Tooks, Eugene wanted to drive anticipation around never
being sure what you would see next.

I want the girls to look sexy and feel beautiful not like a mannequin. I don’t want to be precious about portraying a specific image. The hair should speak for itself and this is what makes it a fresh look. It’s about keeping the energy constant and revisiting each girl’s character through their hair.

A look that was a personal favourite of mine and looks sharp and raw was what I call the Techo Tail. Tough and sharp, this twist on the classic ponytail sees the hair shaped and pulled back to elevate the tail above the neckline.

Eugene blow-dried the hair to straighten it out using ghd air® hairdryer, and used EIMI Perfect Me to hold the hair in place.

He prepped the hair with EIMI Extra Volume Mousse, squashing it into the hair rather than brushing through to add sharpness and definition, before shaping into a ponytail and then perfectly straightening the ponytail using the ghdplatinum® styler.

Pulling the hair back into a pony creates a tight texture that looks chic. I crafted the look using ghd platinum® styler starting at the roots and working downwards, adding more tension as I pulled down on the hair creating a sleek, straight look.

Always let the pony cool down before brushing it out. The finished look feels very 90’s as it’s very sharp. I used EIMI Stay Firm spray to give the hair a strong, controlled look.

The New Dyson Airwrap Multi-Styler: The Latest Innovation in Haircare