Benjamin Alexander has had a whirlwind year. Since winning the first season of Project Runway New Zealand, the handsome, brooding and brutally honest designer has been tapped by Vogue and is now preparing for his first solo show at this year’s New Zealand Fashion Week.

With a focus on truth, sustainability and luxury, the 23-year-old’s self-titled label looks to be an unstoppable force. He’s the hero we didn’t know the local fashion scene needed. And definitely one to watch.

We caught up with Alexander at his Auckland home to talk about how his life has changed since winning Project Runway, why he hates greenwashing and, of course, his highly anticipated NZFW show.

Long life and ethical fashion are set to make a strong style statement on the runway this year, notably with the upcoming New Zealand Fashion Week focusing on sustainability. What is your definition of fashion sustainability?

Sustainability is the DNA of the brand — and myself personally. It’s second nature and its something we haven’t really had to think about or integrate into the brand. It’s what I’ve always done.

I did my undergraduate degree at Whitecliffe College Of Arts And Design where I found that developing my final collection for that year —it was all beaded gowns and beautiful sparkles and I started working with a company in India who are GOTS (Global Organic Textile Standard) certified. I met the owner when he was here in NZ and it was like a lightbulb went on in my head and I realised that I can make luxurious things that don’t compromise my ethics.

Whitecliffe created a sustainable masters program where I received a scholarship to study that for two years with Belinda Watt, head of the department. Sustainability is in her DNA too, it’s part of who she is and it’s what she believes in. We’re not doing it because it’s cool now, or jumping on the bandwagon.

At the end of the day, I think sustainability is about respect. Respect from person to person, respect about the environment. I don’t know why you wouldn’t want to do anything that didn’t respect everyone that was involved in the process. It adds so much more value and a creates a more intimate story behind the work if it comes from a place that actually has a story and is nice, rather than just being a money-making, shitty machine. 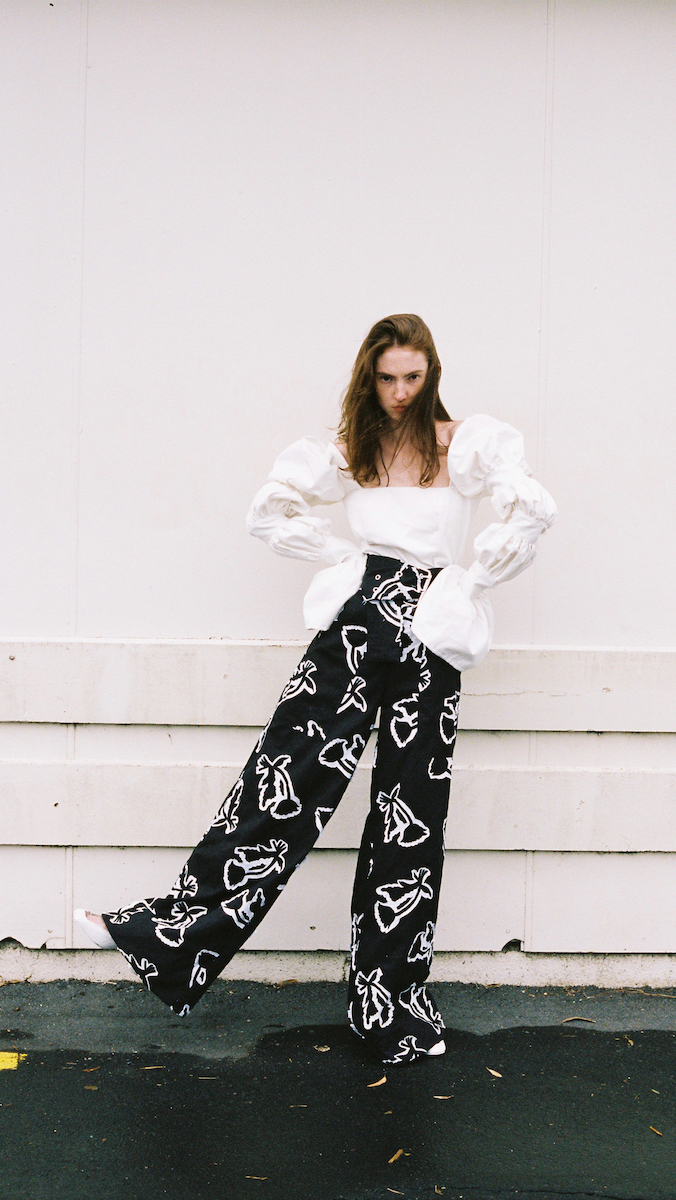 You were awarded First Class Honours at Whitecliffe College of Arts and Design for the development of a sustainable luxury collection. What does luxury mean to you? What do you consider to be a luxury that others might not?

The whole experience of the Benjamin Alexander brand is luxury. Everything that I do in my work, and my personal life, is considered. It’s not for show and it’s not for making money. It’s just honest and real.

It goes back to the respect thing. I think it’s a luxury to be able to trace all the materials used: the touch and feel, and storytelling behind the work. For me anyway, that’s a luxury. It’s a luxury for the customer as well, to be able to have that story and know where their products are coming from.

Aside from the aesthetical stuff, it’s touch, smell, the entire experience, the atmosphere of the brand rather than just clothes.

In your opinion, what are three things local designers should focus on with regards to practising and promoting sustainability?

Again, have respect. Have respect for your makers and treat them like they’re royalty! Because they are. Without them we are nothing.

Don’t fucking greenwash. Don’t say this and that because it’s cool. Don’t say something is made in New Zealand if it’s not. It’s good that people are becoming more aware of sustainable fashion. At the same time, every single brand is now saying that they are sustainable in some way because of this or that… But it’s not true. 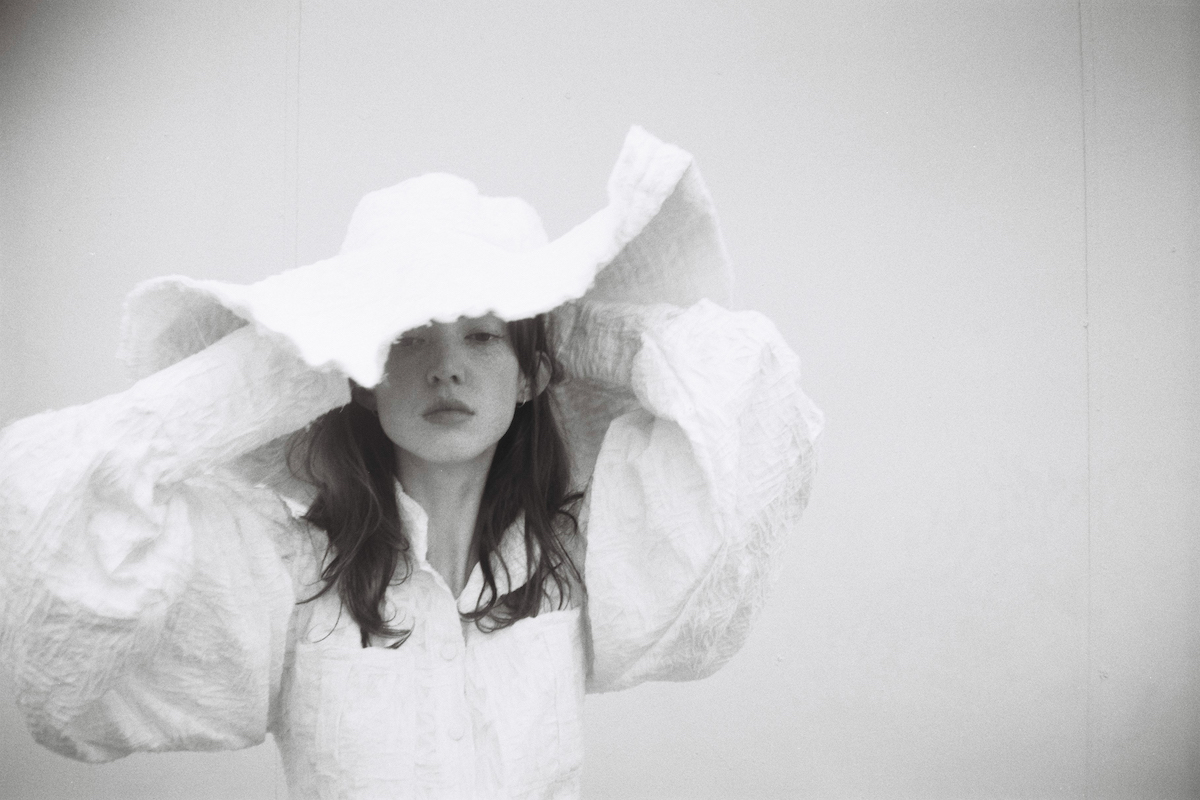 What can we expect from the collection you’ll be showing at NZFW 2019?

The show is going to be beautiful. Really intimate, really small. Very natural, clean, simple, easy. But really beautiful. I think the word beautiful sums it up really well. And again, like everything else, everything is considered. It’s offsite, I think I can say that!? So that’s exciting.

We are working on a couple of things… One really big thing that I think will be really cool and really exciting for us, for our first big show. But I can’t say anything about that yet!

It’s going to be fucking cool. I’m really excited. It’s quite different from what I would have done a year ago if I’d done a show.

There are a lot of young designers showing this year, and a lot of them showing for the first time, so it’s going to be a really good year. All the young designers, myself included, we’re all young and we’re all doing different things, we all know each other and we all get along. Whereas, generations before that might not be the case.

How has your life changed since winning Project Runway in 2018?

It’s done an entire 180. This year has been massive, for me personally and for the brand. Obviously the upcoming fashion week. Winning has allowed me to do all that. I work for Sally-Ann at Bauer, so that’s a massive title. It’s dramatically changed.

When and where was the first time a stranger recognised you?

I was in Britomart with Caitlin Crisp going for lunch. A woman was walking down some stairs and locked eyes with me. And she came over and said “Hi,” and asked for a photo. I’d kind of forgotten about the show as it seemed like forever ago at that point. 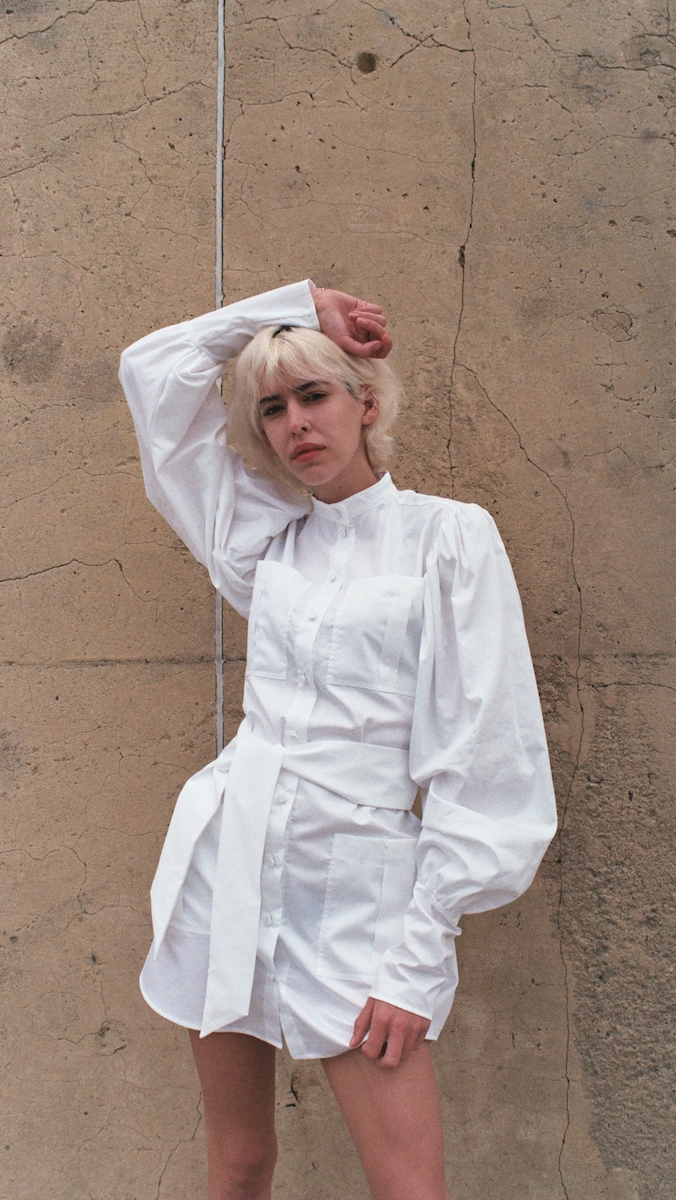 You initially wanted to be a lawyer. What made you become a fashion designer?

I did want to be a lawyer, sometimes I think that I would really enjoy it. I don’t like bullshit, at all. But I always loved clothes. I wore mums clothes as a kid, you know, things like that. Again, it’s innate. I can’t not do it. I have to make clothes.

Do you have any design heroes?

I absolutely love Tom Ford. He’s incomparable, absolutely perfect. And The Row. Hands down, they are the epitome of luxury. There are others but they are my top two.

What’s your best advice for someone wanting to follow a similar career path?

Work fucking hard. Honestly, you just have to work hard. Hard, hard, hard. Long hours. Dedicated work. That’s it. There are no shortcuts.

What don’t you leave the house without?

My fucking vape. I can’t go anywhere without it.

This $133 Designer Bag from aNYbag Is Made From Trash

Thaley Sustainable Sneakers Are Made With Plastic Bags Cost $100