We all know that race day fashion etiquette is complex, with multiple yays and nays (or neighs) that need to be adhered to. And while the betting stakes are high, the fashion stakes are even higher.

Hosted at Ellerslie Racecourse on March 2nd  and 9th, Auckland Cup Week is comprised of two of the biggest events in the country’s racing calendar, with thousands of horse and racing fans attending from around the country and across the Tasman.

In a half-hour-long show, 192 metres above the ground, 11 models paraded around the outside perimeter of the Skywalk wearing the hottest race day fashion — flawlessly styled by Lulu Wilcox — from leading Kiwi designers including Trelise Cooper, Benny Castles from World, shoe queen Kathryn Wilson with headwear from New Zealand-born/Australian-based milliner Jill Humphries.

“Today’s racewear fashion show marks a first for New Zealand and for Skywalk,” said Graham Trubuhovich, Auckland General Manager at AJ Hackett Bungy, in a press release. “We were delighted that we could play host to the launch of Auckland Cup Week and it’s been fabulous to preview some of the looks that are likely to be on show.”

There were some familiar faces among the models including social influencer Simone Anderson, one of Auckland Racing Club’s ambassadors, Carena West, and TV star, Shavaughn Ruakere.

“This counts as one of the most outrageous shows WORLD has ever been involved with,” said Benny Castles. “To do it credit we looked deep into our 30-year-old Haute Couture archive to find three extraordinary silhouettes – the only thing befitting a catwalk in the clouds. It has been an interesting challenge and fantastic to see the vision come to life.”

“We have seen a huge resurgence in passion for racing this year so we wanted to do something big and bold to launch our biggest and best week of racing. A huge thanks to all of the designers for taking on the challenge, all of the brave models for being such good sports, and all of our sponsors for their continued support. Auckland Cup Week is set to be a cracker.”

The Sugar Club has created a unique cocktail d in celebration of Auckland Cup Week 2019. Made with cognac, champagne, grapefruit tonic and rosé bubbles, the Auckland ‘CupTail’ cocktail is available until Sunday the 17th of February at the city’s highest bar. 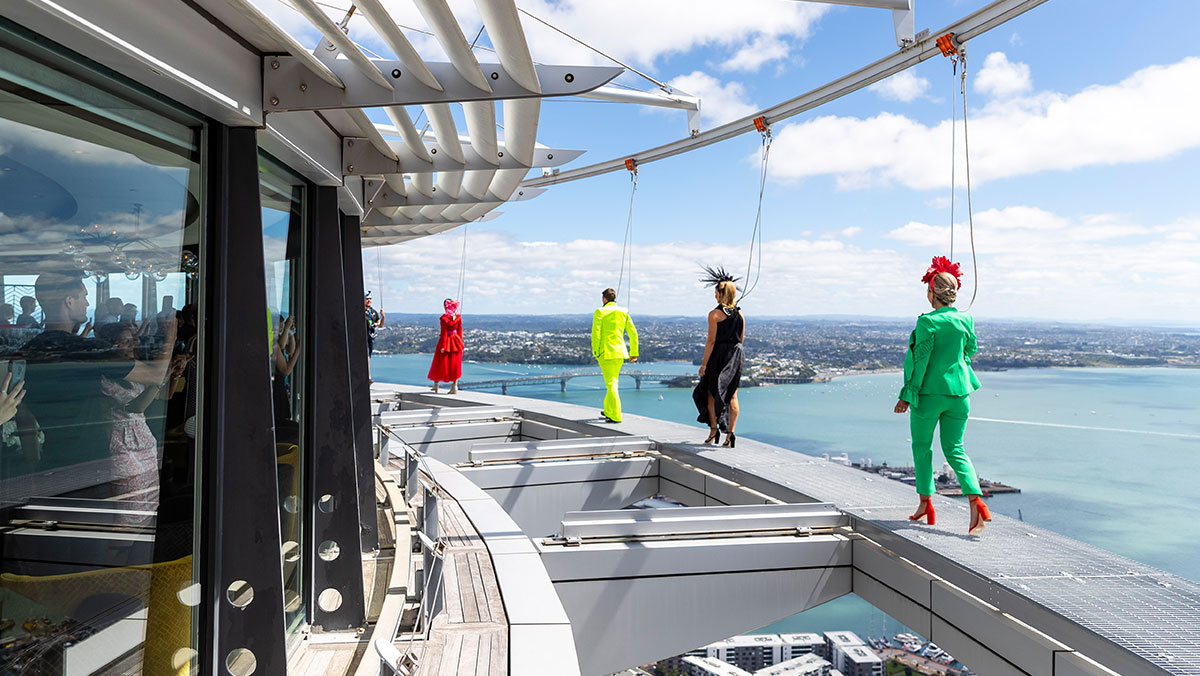