Everyone knows that the real party happens in the bathroom — and it’s no different for the movers and shakers of the fashion and entertainment world. No more is this evident than the now infamous Met Gala bathroom selfies. Every first Monday in May, celebrities dress up to the theme of the Costume Institute Benefit at the Metropolitan Museum of Art exhibition at the Met Gala in New York City. The biggest stars in the world partner up with the most well-known designers for spectacular red carpet appearances that will (hopefully) be remembered for years to come.

While the celebrities adopt prim and proper poses and masterfully answer press queries in a way that only media-trained public figures can, once the party begins inside the museum, the cameras are turned off and the fun begins — or so we’ve heard. You see, the annual has a rigorous no-phone, no-social-media policy. It is, after all, one of the most elite fashion parties. If your name isn’t on the list, you’re not coming in — physically or online. However, there is one component of the rule that guests love to ignore: the bathroom selfie, which was popularised by none other than social media star and makeup maven, Kylie Jenner.

This year’s dress code, Gilded Glamour, is sure to have its own iconic snaps. But until then, here are fourteen of the greatest Met Gala bathroom selfies of all time. 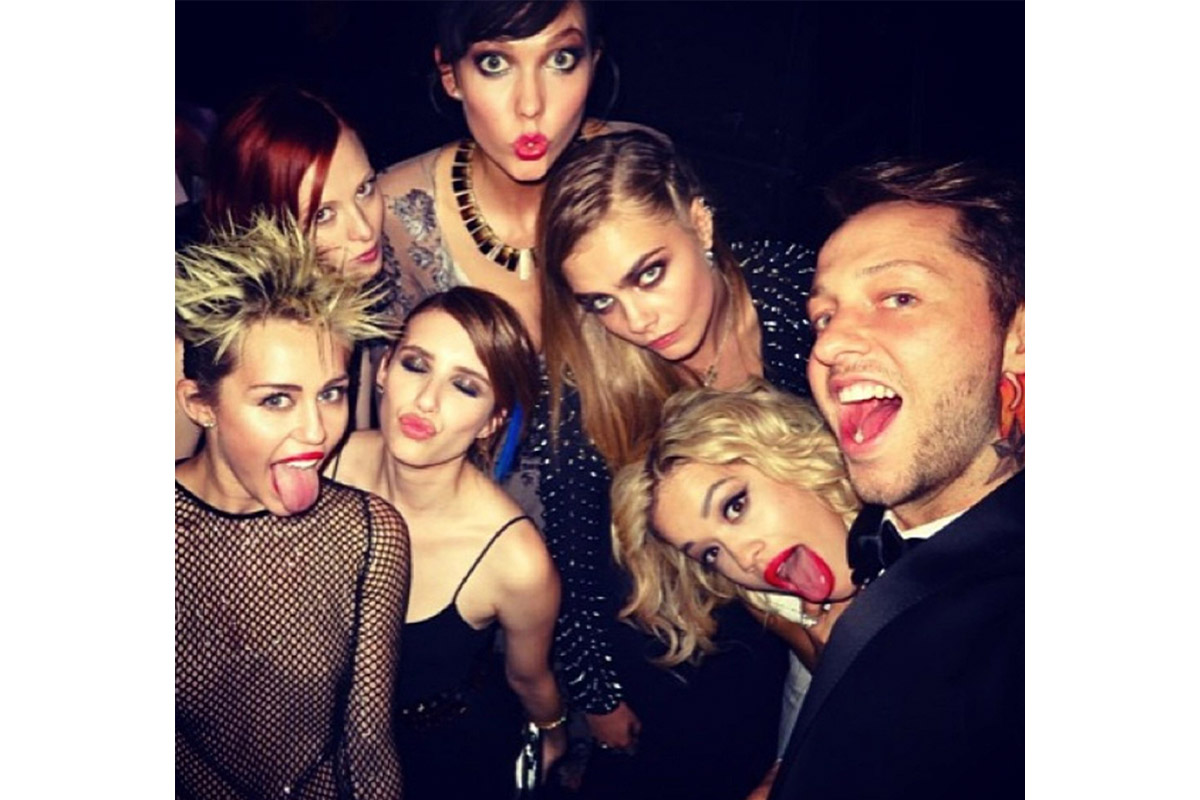 2015: China: Through the Looking Glass 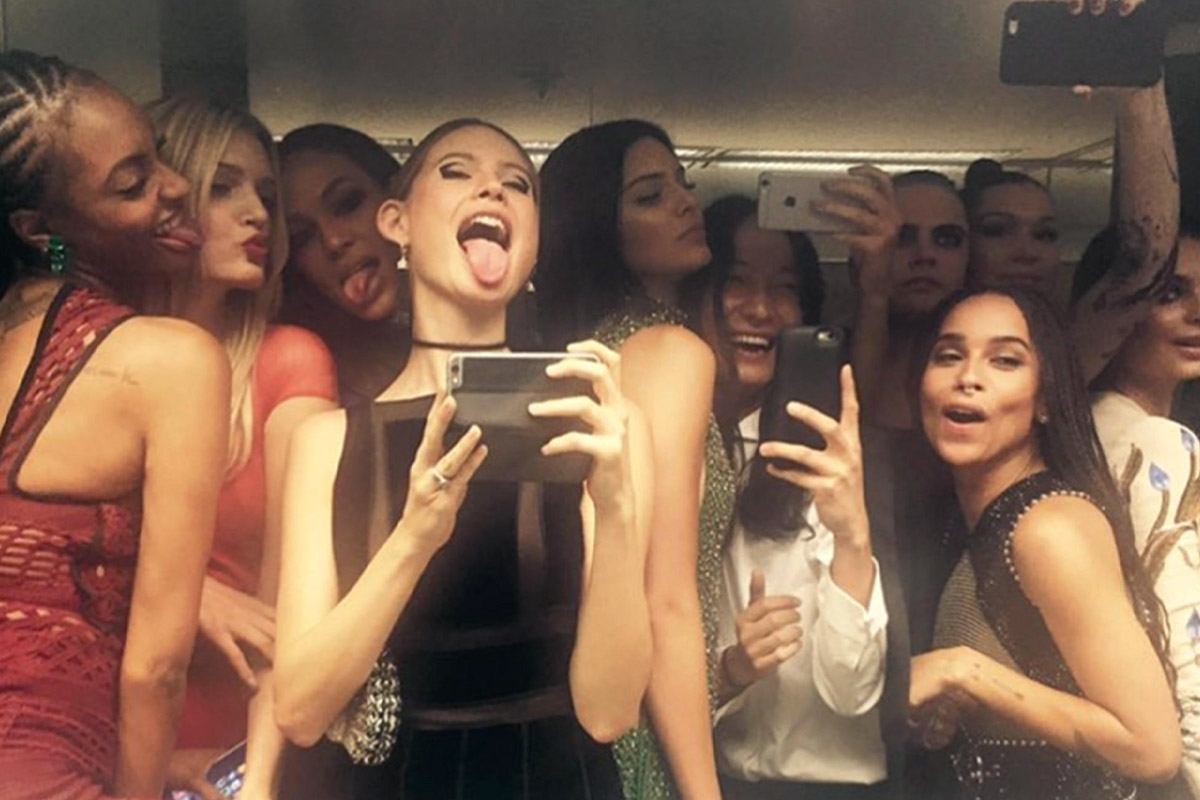 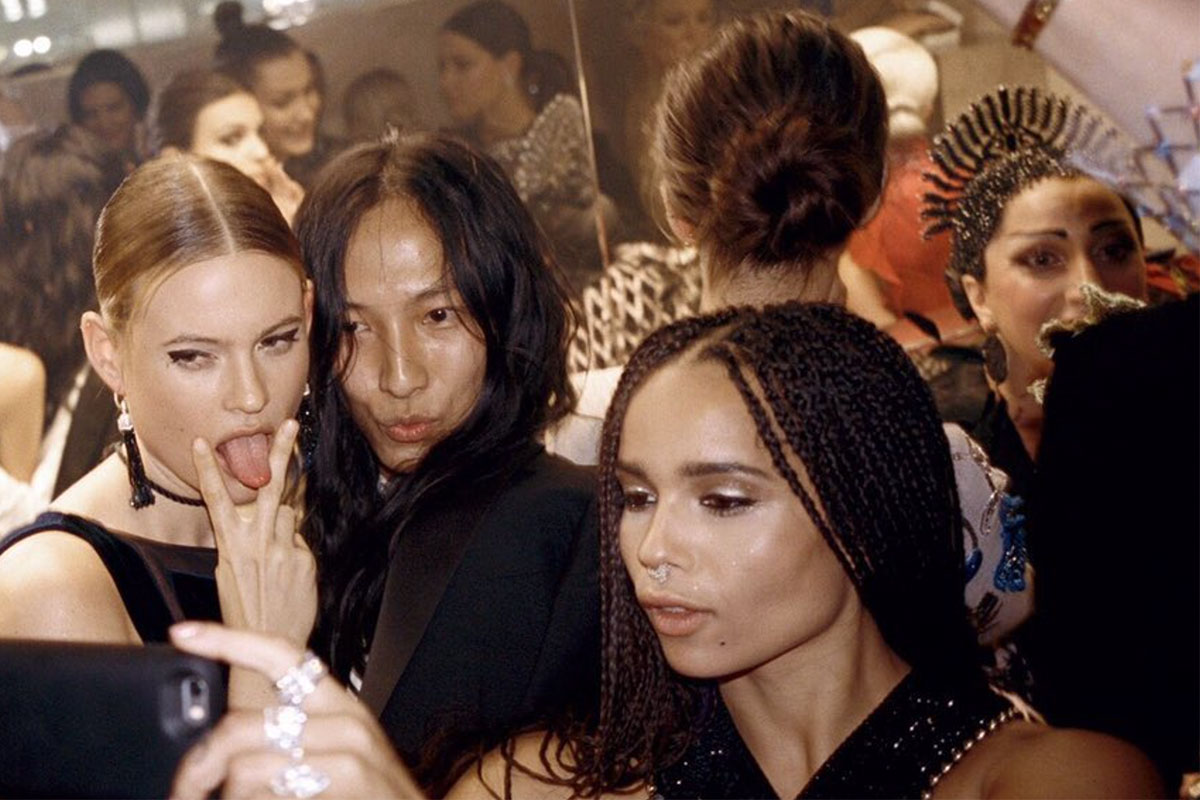 2016: Manus x Machina: Fashion in an Age of Technology 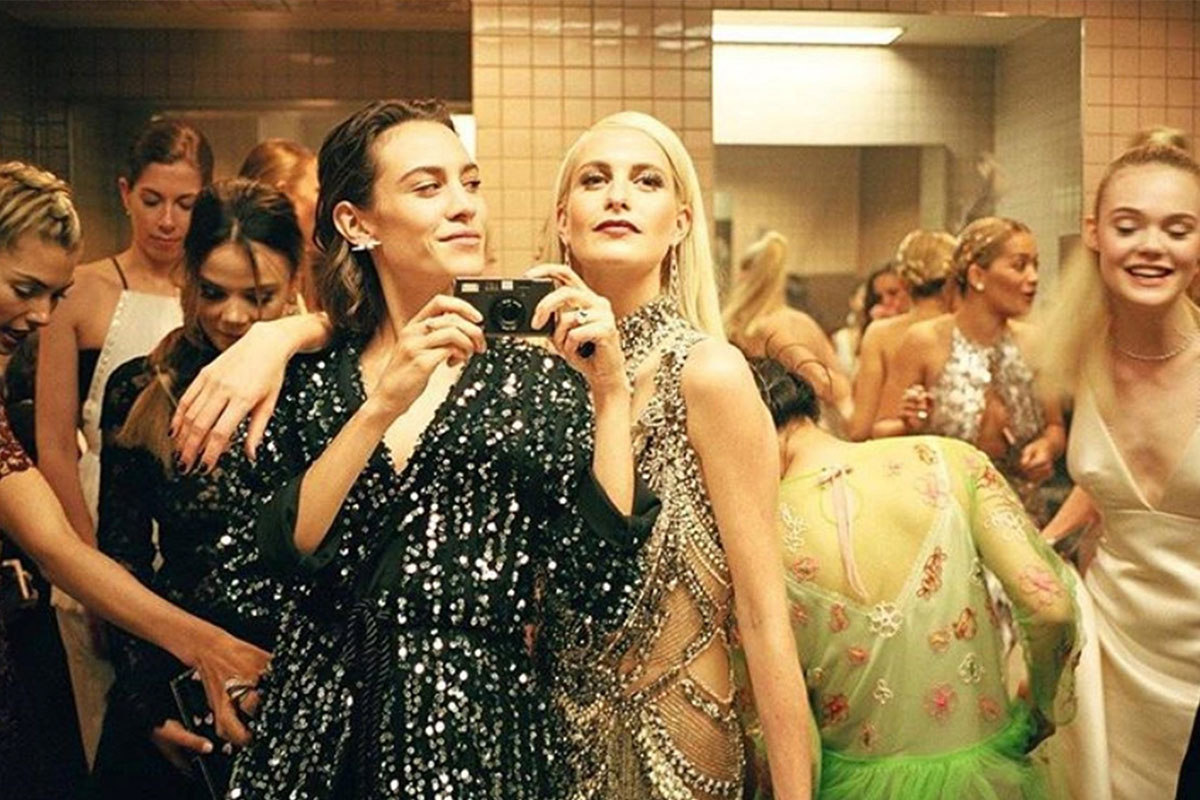 Model and fashion mogul Alexa Chung used an ironically vintage-looking camera to capture a sweet image with her friend Poppy Delevigne. Oh, and in the best possible way, Elle Fanning photobombed the shot. 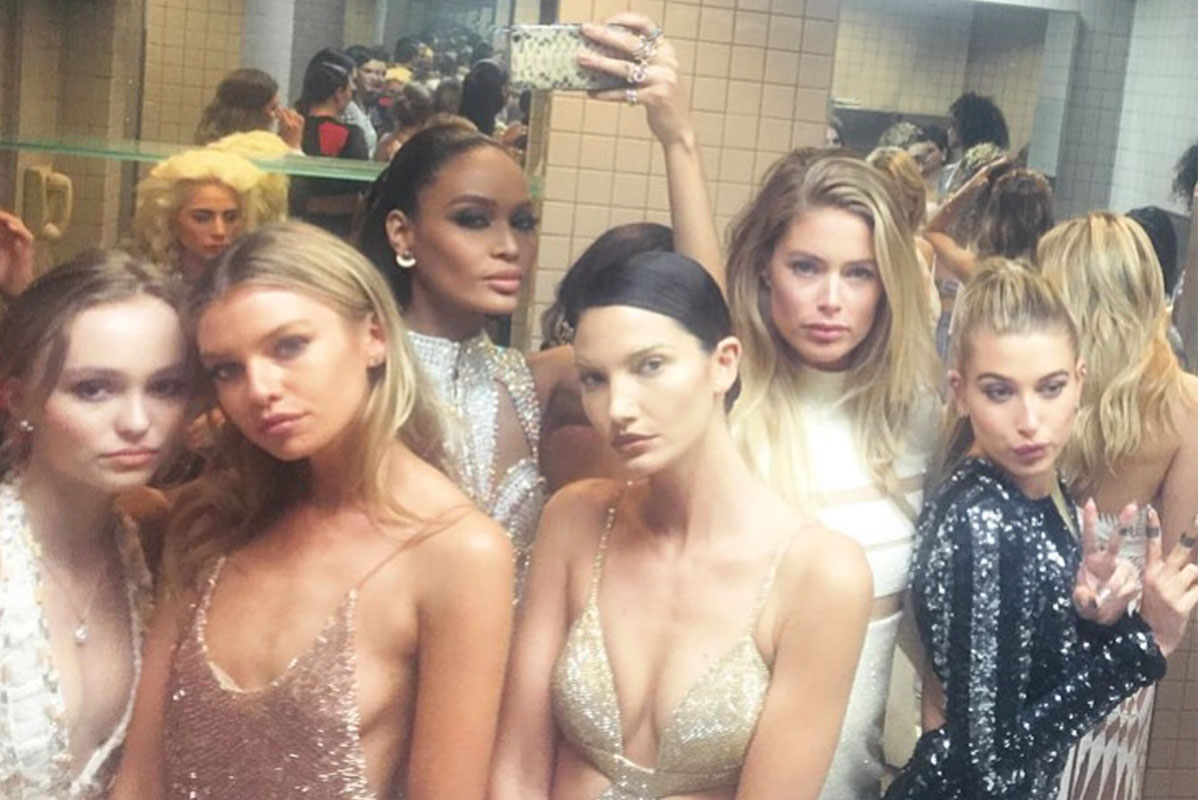 What happens when the most well-known models in the industry get together? Obviously, they take a selfie in the mirror.This 2016 photo of Hailey Bieber, Stella Maxwell, Lily-Rose Depp, Lily Aldridge, and Doutzen Kroes thanks to Joan Smalls is better than anything on the runway. And peep the subtle inclusion of Lady Gaga herself. 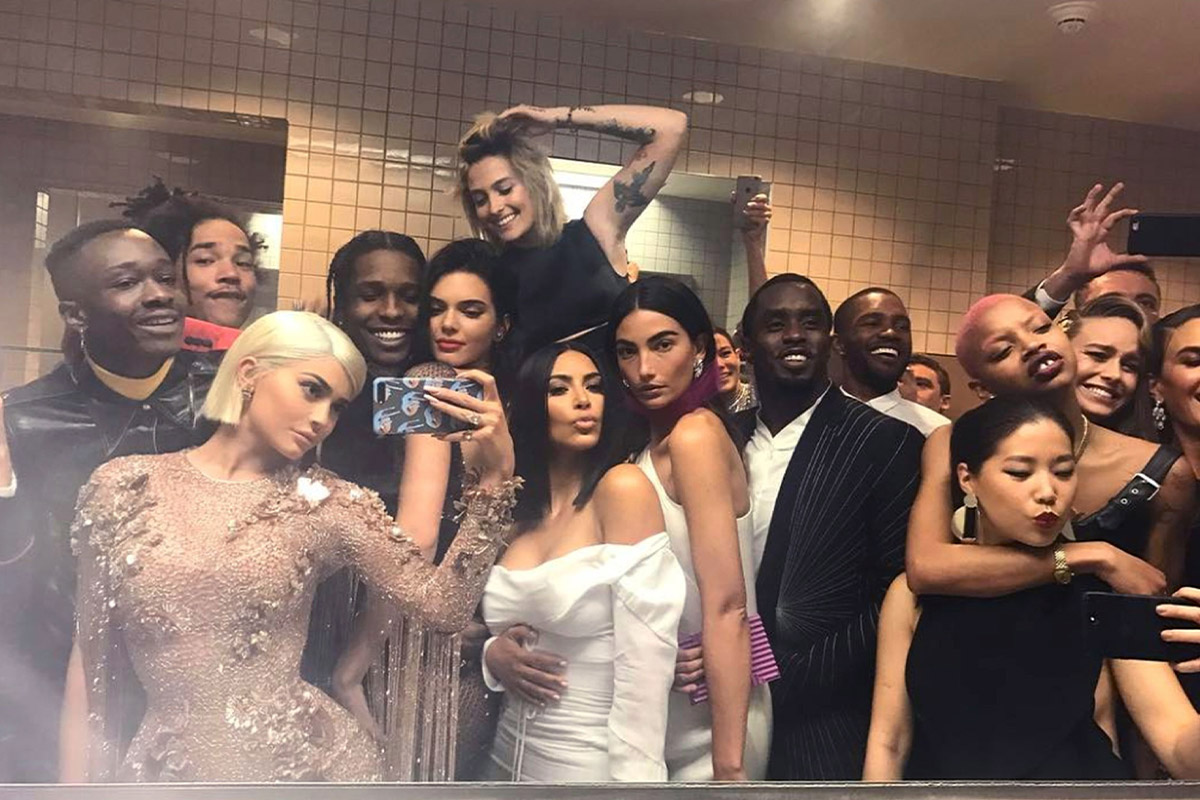 The pic basically broke the internet and set precedence for all future Met Gala bathroom selfies. 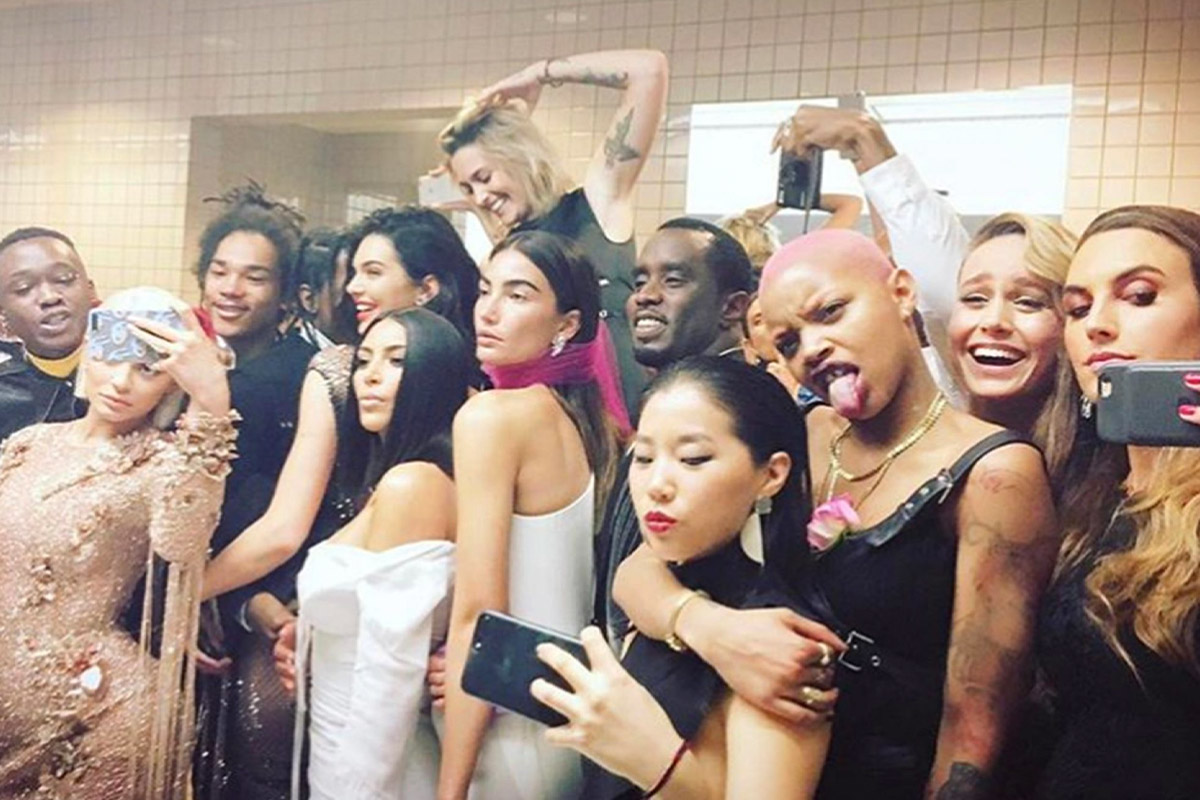 Elizabeth Chambers got her own angle of the 2017 action, writing, “Ain’t no party like a restroom party.” 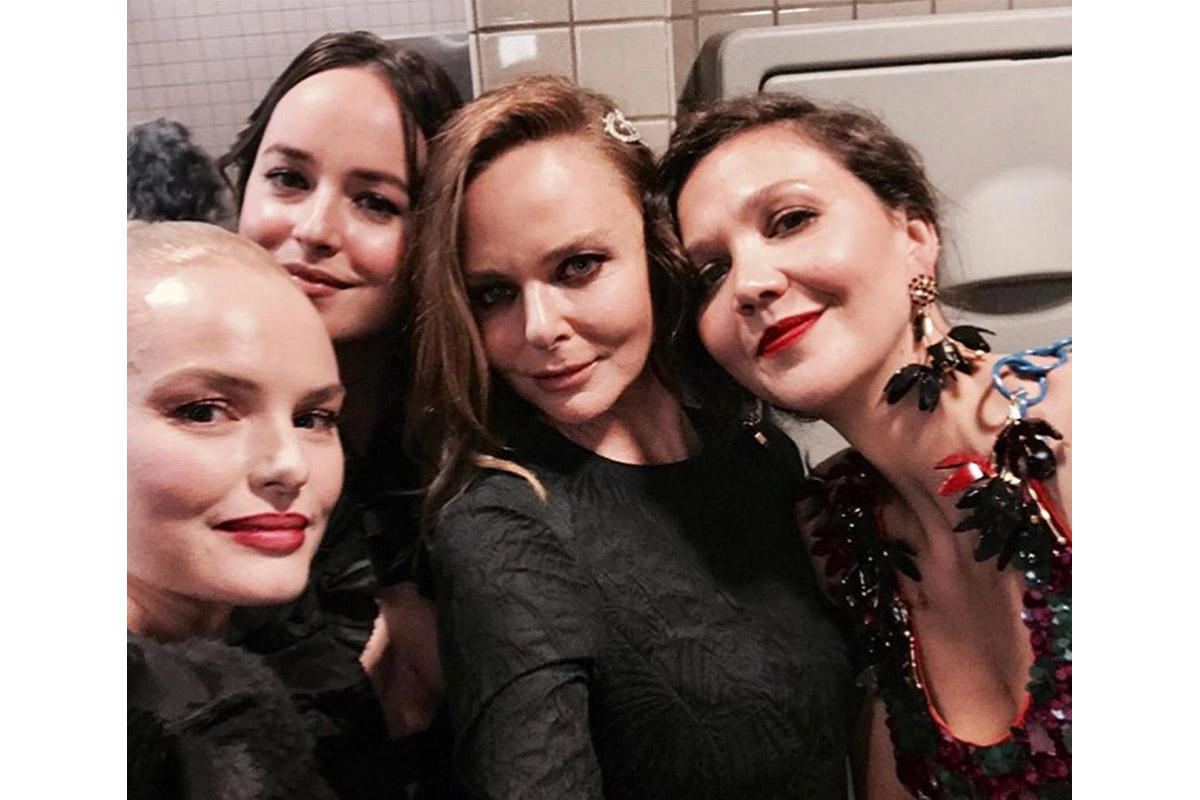 All goes down in the toilets,” designer Stella McCartney wrote of her 2017 snap with Kate Bosworth, Dakota Johnson and Maggie Gyllenhaal. 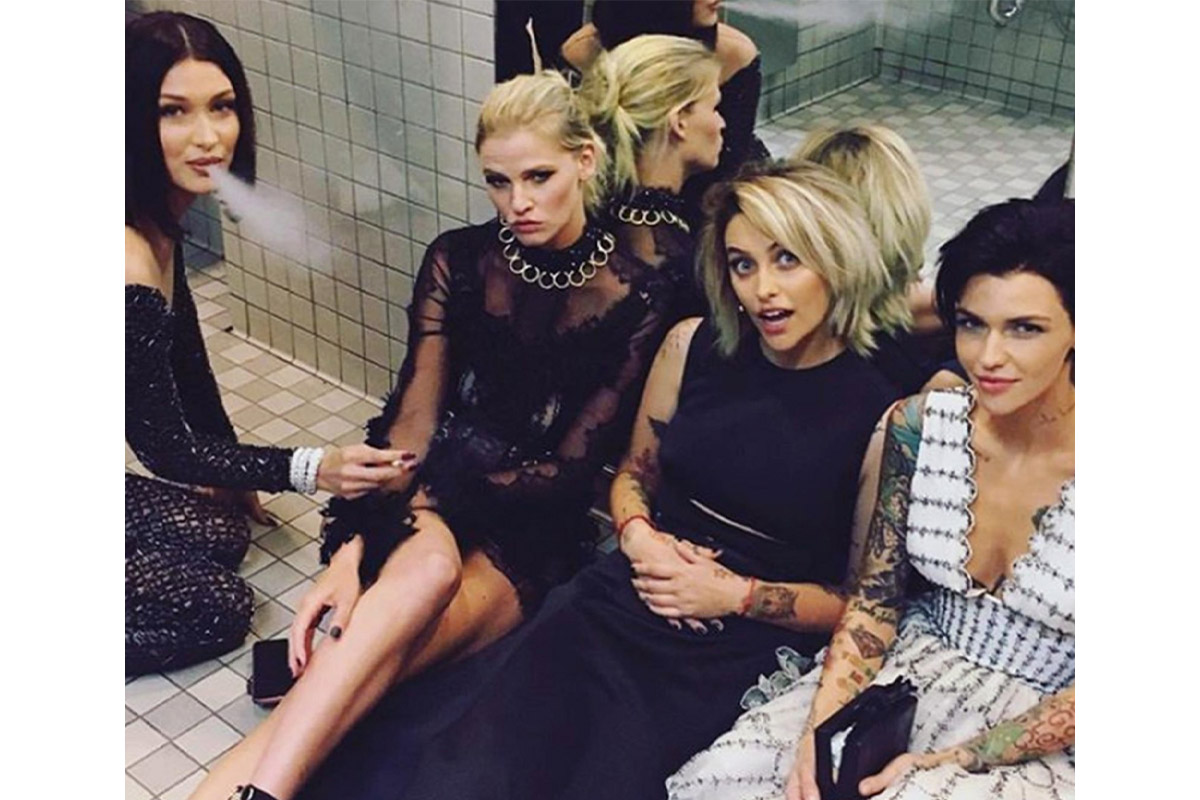 Okay so it wasn’t a selfie, but Bella Hadid shared this shot of herself hanging on the bathroom floor with Lara Stone, Paris Jackson and Ruby Rose in 2017. 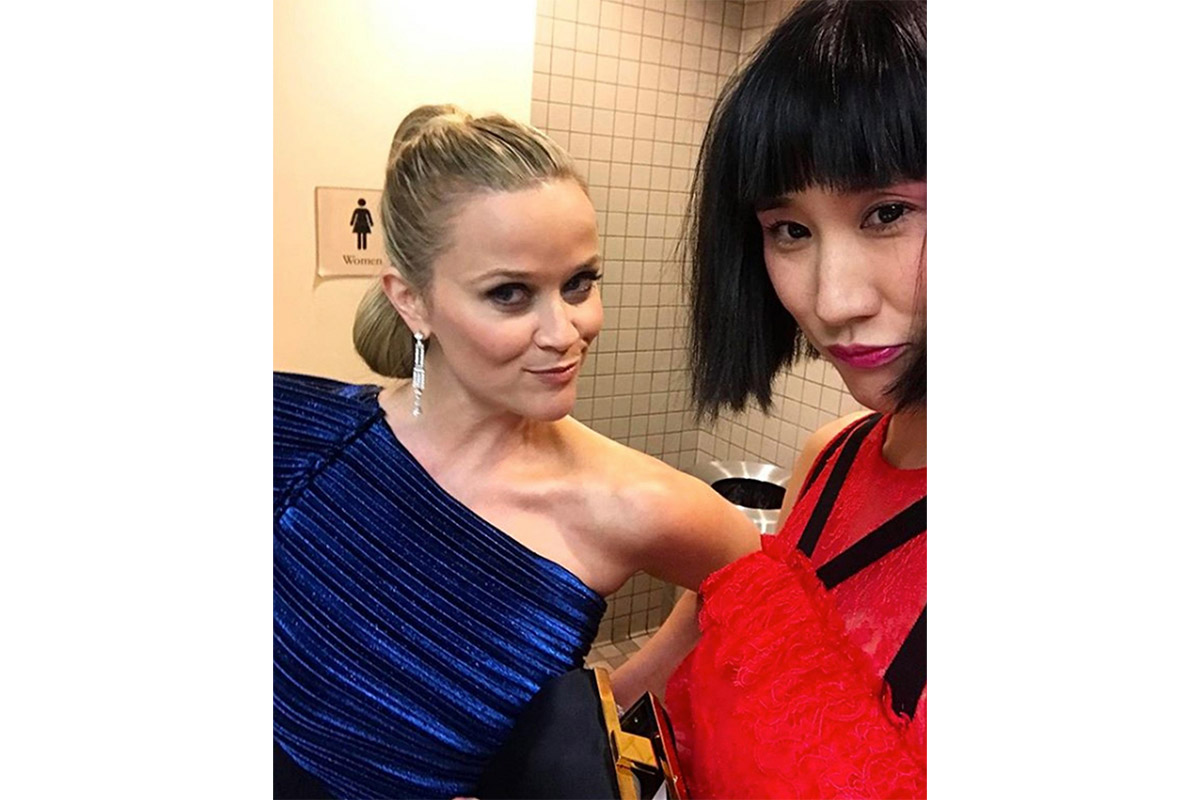 “It’s not a party until you hang out with @reesewitherspoon in the ladies room,” wrote Eva Chen in 2017. 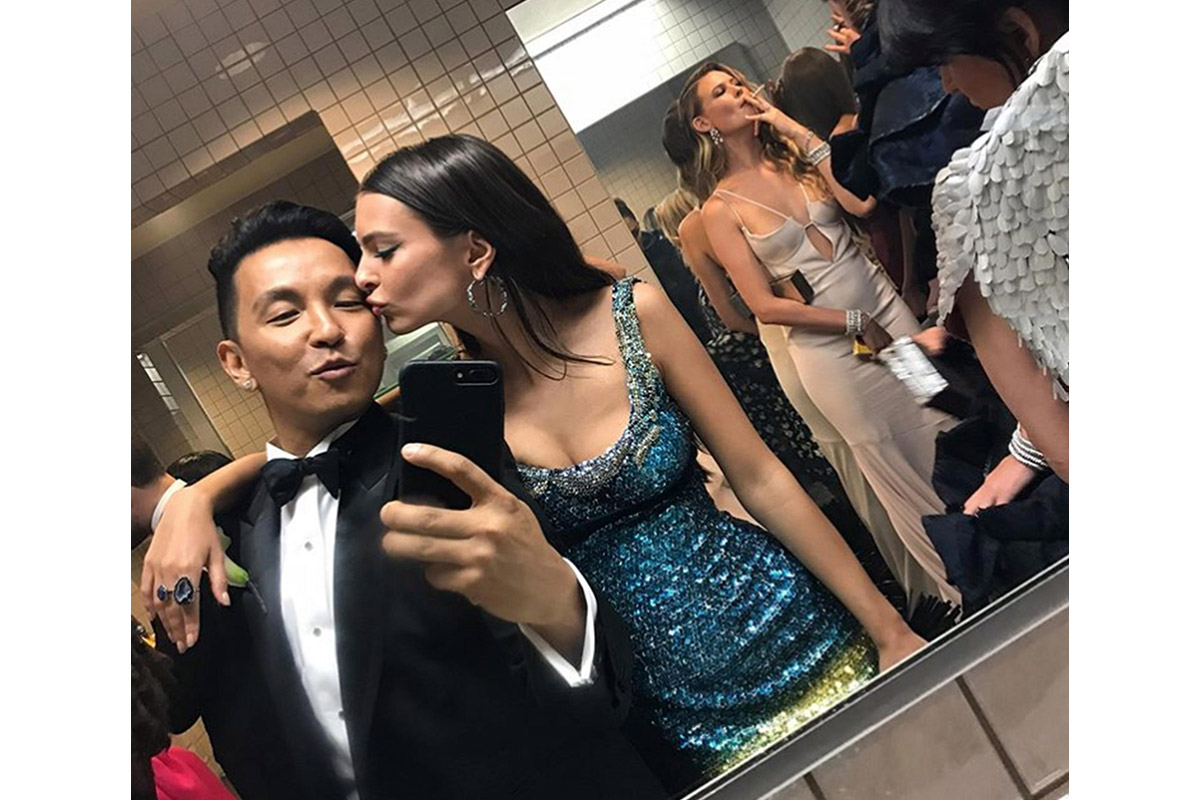 Designer Prabal Gurung had “So much ❤️” for date Emily Ratajkowski. 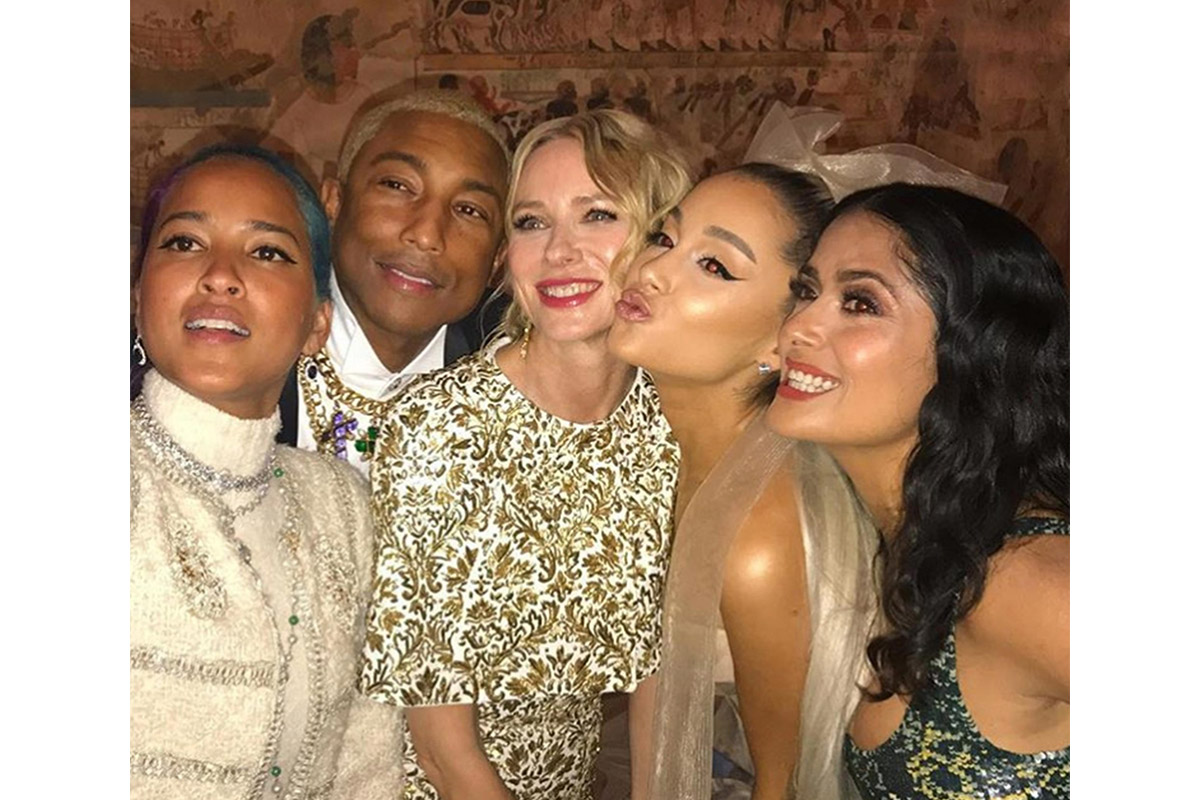 Salma Hayek shared her A-list selfie in 2018 with Pharrell Williams and his wife Helen Lasichanh, Naomi Watts and Ariana Grande. 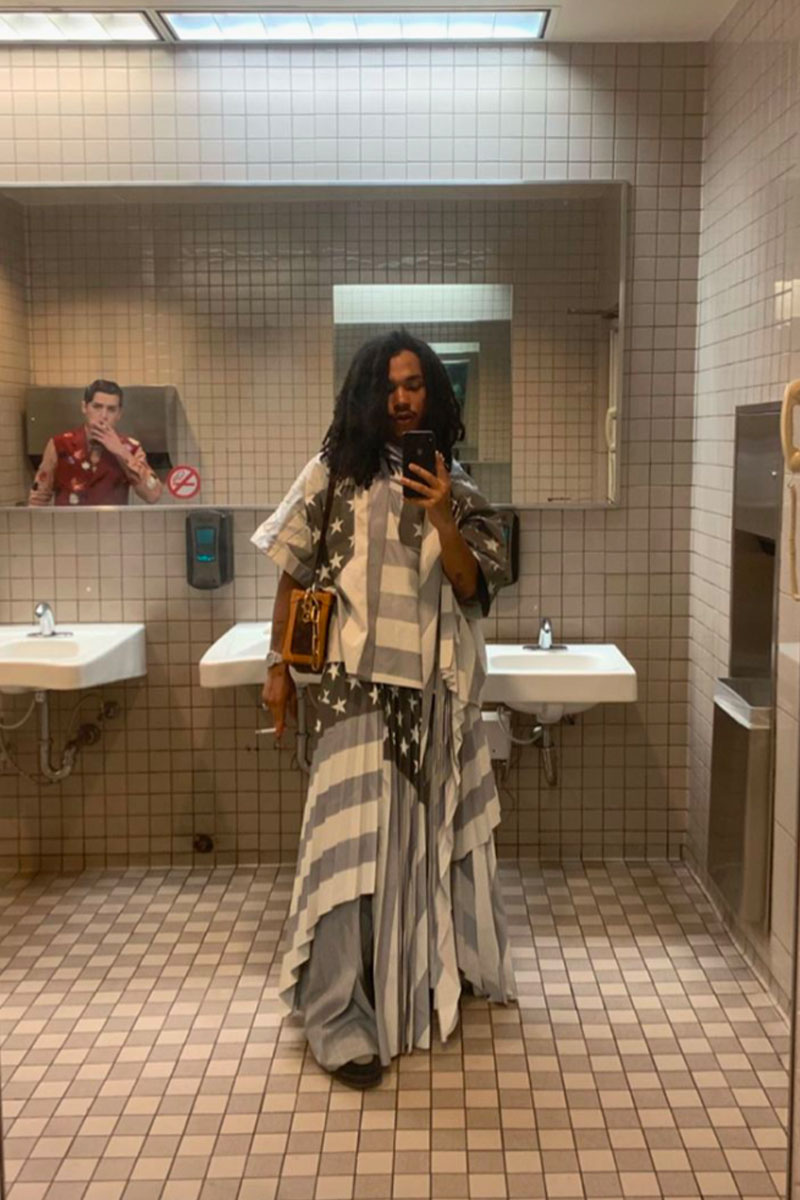 Luka Sabbat posted a picture of himself in the Met Gala bathroom with a cigarette in his hand while Cole Sprouse also smoked in the background. 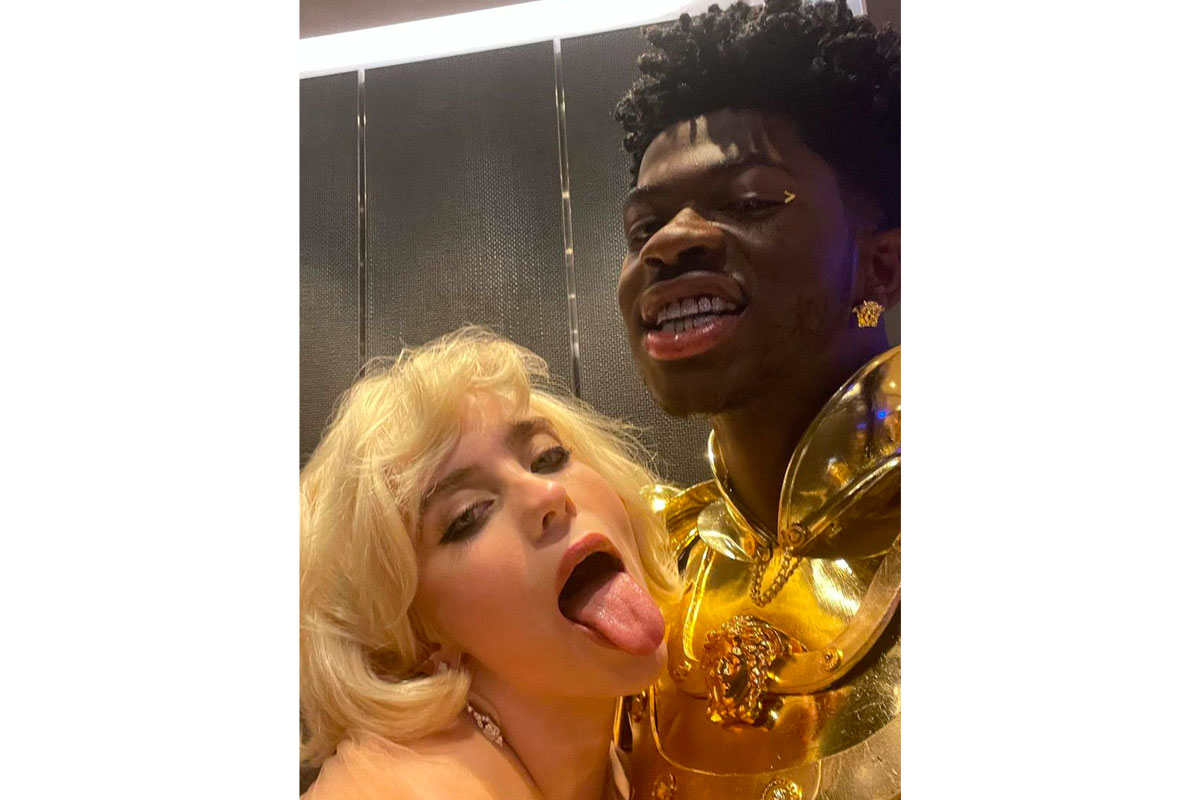 Lil Nas X and Billie Eilish had their moment. 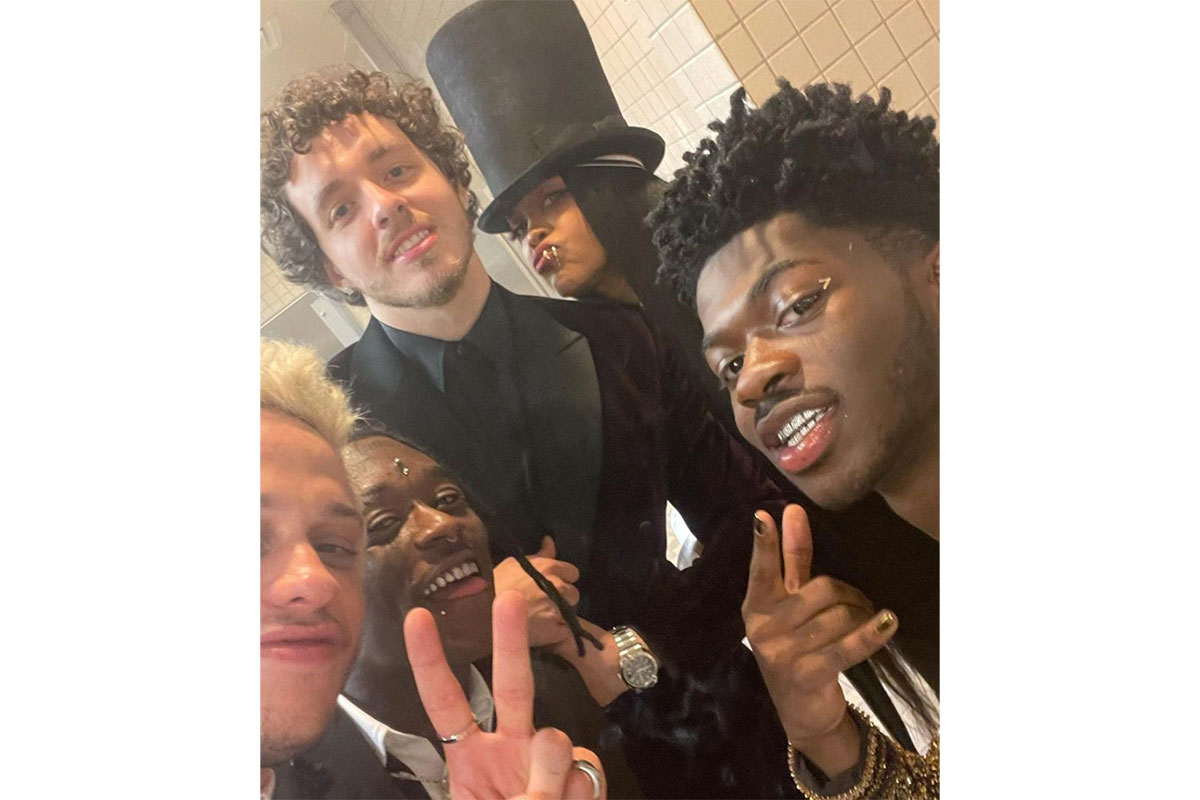 Lil Nas X, dressed in Versace armour, took a selfie with some of the evening’s most noteworthy attendees, including Erykah Badu, Jack Harlow, Lil Wayne, and Pete Davidson. 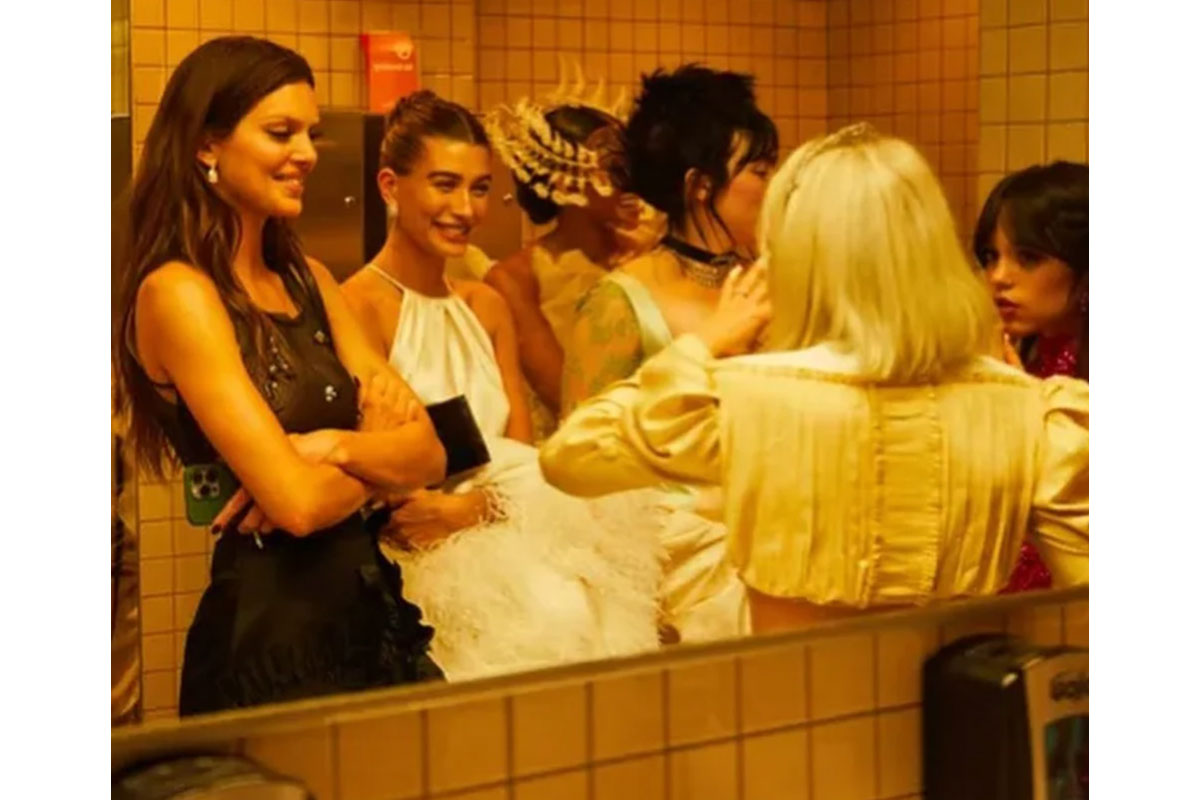 Stay with The Last Fashion Bible for all the latest fashion news and Met Gala bathroom selfies.