Now Is the Time to End Racism in the Fashion Industry

The fashion industry might be a platform to celebrate all things new and beautiful, but at its heart beats an ugly mix of systemic racism and exploitation that has kept the mainstream fashion industry predominantly white for too long. It begins with a manufacturing process that keeps garment workers poor and working in unsafe conditions, with profits made at the expense of people of colour in developing countries, and carries through to a lack of diversity in the C-suite of luxury fashion houses. With a rising tide of social change comes the need to call out and end racism in the fashion industry.

Much of the action we have seen in recent months has not come from a true place of equality, but as the direct result of public pressure. When fashion and beauty brands posted on social media to show solidarity with the #BlackLivesMatters protests, many were criticised for jumping onto the virtue-signalling bandwagon. Fashion houses were challenged to do more than post a black square on their Instagram feeds, with the public demanding that they make their runways, magazine covers, boardrooms and creative studios living showcases of diversity.

Those at the top need to be accountable and address racism in the fashion industry at large. It starts with speaking up and it ends with action.

Reports of toxicity in fashion are not new; the industry has called out countless times for shocking racial slurs and cultural appropriation, from Dolce & Gabbana’s infamous anti-Asian comments and Prada’s anti-black figurines to Gucci’s blackface knitwear and Burberry’s hoodie and noose runway show.

The problem stems from the fact that executives, creatives, designers and editors are still largely white, influencing most aspects of the fashion industry. As one fashion journalist put it, “Real change can only happen when diverse decision-makers and executives are allowed to enter the highest levels of the industry.”

When attempting to make up for lack of Black models and representation in its magazine, Elle Germany was forced to apologise for not one but several racist faux pas in the pages of the November 2019 issue. The inappropriate cover line read “Back to black – Black is back again: irresistibly.” Shockingly, the magazine had used a white model on the cover even when the issue was being sold to celebrate Black models. Inside the magazine, the leading article showed the profiles of six “new” Black models — including veteran model, Joan Smalls. This issue also featured a photo of Naomi Chin Wing, mistakenly naming her as model Janaye Furman.

The publication issued statement, apologising for “making several mistakes” in their attempt to highlight the work of models of colour “from different angles”, sending out an apology “to anyone we might have hurt”. On June 5, 2020, Anna Wintour, fashion’s matriarch and editor-in-chief of Vogue sent an internal email to her staff over complaints of racism at the magazine. According to CNN, Wintour took “full responsibility” for the racism that flourished under her watch in an attempt to keep her job.

“I know Vogue has not found enough ways to elevate and give space to Black editors, writers, photographers, designers and other creators,” wrote Wintour. “We have made mistakes too, publishing images or stories that have been hurtful or intolerant.”

Edward Enninful became the first Black editor-in-chief of British Vogue in 2017. He recently revealed that he was racially profiled on his way into the magazine’s own offices, with a security guard instructing him to enter the premises via the loading dock.

“Today I was racially profiled by a security guard whilst entering my work place,” he wrote. “As I entered, I was instructed to use the loading bay. Just because our timelines and weekends are returning to normal, we cannot let the world return to how it was. Change needs to happen now.” Enninful is one of few Black editors at the helm of a major fashion magazine, along with Teen Vogue‘s editor-in-chief Lindsay Peoples Wagner and Samira Nasr at Harper’s Bazaar — the first editor-in-chief of colour in the magazine’s 153-year history.

Similarly, there are only two Black creative directors at the helm of luxury European fashion houses; Virgil Abloh at Louis Vuitton and Olivier Rousteing at Balmain.

When Rousteing took on the role as creative director at Balmain, he said it made him think about race in fashion conceptually — and his place in changing the status quo.

“People were like, ‘Oh my God, he’s a minority taking over a French house!’” Rousteing recalls in an interview. “Look at perfume campaigns,” he continued. “You never see black girls, and if you do, they use Photoshop so much that they almost look white. It’s just wrong. People post on my Instagram that they are so happy to see black boys and black girls. I’m happy that they see it and don’t think that fashion belongs to white people”.

Black models are underrepresented and underpaid in comparison to their white counterparts. The also often experience artists and stylists unprepared to work with their skin tones and hair, and a tendency in the industry to pigeonhole them into certain niches like “urban” or “exotic.”

Supermodel Naomi Campbell is publicly calling for equal pay for models of colour and more representation generally while acknowledging that in the past she has chosen to deal privately with such issues.

“It is not something I call out, because I am personally someone who wants to rise to the challenge,” she told CNN. But she said, “in my business, it has gone on for long enough.”

Adesuwa Aighewi is one of the most high-profile Black models working today. She’s appeared on the cover of Vogue, walked runways and fronted campaigns for some of the world’s most luxurious brands. The model revealed to CNN her belief that her career is part of the industry’s recent efforts to increase model diversity in magazines and on the runway after years of whitewashing.

“Literally everything that I’ve done has been as the face of my race and as a diversity token,” said Aighewi. “I shot the cover of American Vogue in December, and yet I don’t see any of the companies that so proudly paraded me around having meaningful dialogue about Black Lives Matter.”

Ayan Makoii is one of New Zealand’s most in-demand faces. Born in Ethiopia, she moved to New Zealand with her family when she was a baby. Casual racism, ignorant comments, and unprepared makeup and hair teams have made her question the true intent of casting her in campaigns.

“I had this dress to wear for the runway show and the designer commented, ‘Oh, wow, you look so African in this.’ I was like, ‘What? What does that mean?’… From then, I was like ‘I’m just here for diversity’,” Makoii told The Last Fashion Bible. “I feel like people just need to be aware of what they’re saying.” Sadly in the fashion industry, diversity doesn’t always mean inclusivity.

The Change-makers Bringing Down Racism in Fashion

Fortunately, where change is occurring, it’s occurring in an energised and visible way. New organisations led by powerful industry leaders are surfacing, demanding equality for Black people in fashion, and calling out fashion brands and businesses for not taking enough action.

Led by Tom Ford, the Council of Fashion Designers of America recently announcement of plans to “create systemic change” in fashion. However, the pledge was called out as being a “watered-down, bubblegum-ass statement that didn’t address the issues.” A group of about 250 industry professionals responded with The Kelly Initiative, named after Patrick Kelly, the celebrated couture designer who became the first African-American member of the Chambre Syndicale du Prêt-à-Porter in 1988.

“The CFDA has allowed exploitative cultures of prejudice, tokenism, and employment discrimination to thrive, unbridled by the sort of watchdog intervention expected of an industry umbrella organization,” the Kelly Initiative’s mission statement reads. “Now, hasty attempts at doing that work — initiatives released on June 4th, so insufficiently conceived that they lacked a very name — evidence that the CFDA is falling far short of the broader culture’s rapidly solidifying zero-tolerance policy for Anti-Blackness.”

Cofounded by Lindsay Peoples Wagner and publicist Sandrine Charles, the Black In Fashion Council aims to encourage people in the fashion industry to rise to the occasion to sustain long-term change. “Founded to represent and secure the advancement of black individuals in the fashion and beauty industry,” according to the mission statement, it unites “a resilient group of editors, models, stylists, media executives, assistants, freelance creatives and industry stakeholders” to “build a new foundation for inclusivity.” Peoples Wagner told the Business of Fashion how the group would move beyond “cancel culture” to “accountability culture”.

The Black Fashion and Beauty Collective is a new not-for-profit organisation launched by stylist Law Roach, designer Jason Rembert and hairstylist Lacy Redway. Its website describes it as “a community of fashion and beauty creatives committed to directly influencing progression within the fashion and beauty industries and the black community”. With organisations such as these now thriving, change is happening toward overcoming racial barriers and beliefs ingrained in the industry. 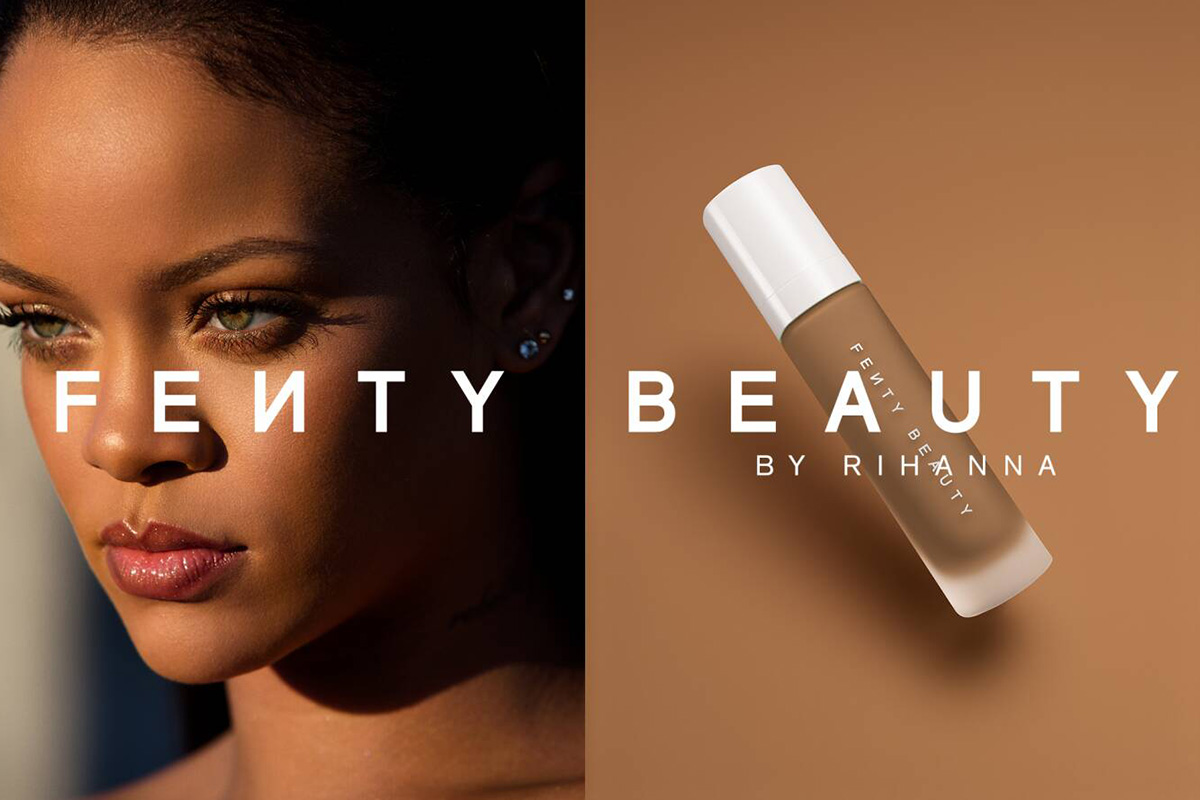 On the subject of beauty, when Rihanna launched Fenty Beauty, she changed the game by offering the most inclusive range of skin tones — offering 40 different shades of foundation. It wasn’t long before other cosmetics labels started expanding their own ranges to follow Rihanna’s beauty-positive example.

Aurora James, the founder and creative director of Brother Vellies, introduced the 15 Percent Pledge, which calls on retailers to devote 15% of their shelf space to products made by Black-owned companies.

Model Joan Smalls has founded Donate My Wage and committed half of her salary to grassroots organisations that support Black Lives Matter. She is also asking fashion brands that hire her to share a portion of their earnings. “They have the funds to continue the movement, and you’re going to need those funds to make it stronger and to make it a force to be reckoned with,” Smalls said.

Fashion is characterised by change. It is a mirror to our society and culture and has the ability to change and shape lives. More must be done to eradicate racism in the fashion industry because to do otherwise goes against the very cloth from which it is cut.

True inclusivity is not virtue signalling behind a social media account. Brands need to consider their respective track records on race as they move forward to end racism in the fashion industry. Hiring, promoting, and celebrating Black talent needs to be at the forefront to achieve real and lasting change. Society must learn from its past mistakes, acknowledge past misjudgement and unite together to move forward as a unified collective towards a future that demands justice, inclusivity and equality for all.