Karen Walker and Cook Islands craftswomen took a slice of the Pacific to Buckingham Palace earlier this year with a stunning Tivaevae gown as part of the Commonwealth Fashion Exchange (CFE).

The Tivaevae gown was a collaboration between Tivaevae designer and embroidery expert Tukua Turia and her Creative Mamas, and Walker’s design team, combining her eccentric style and traditional Cook Islands Tivaivai. 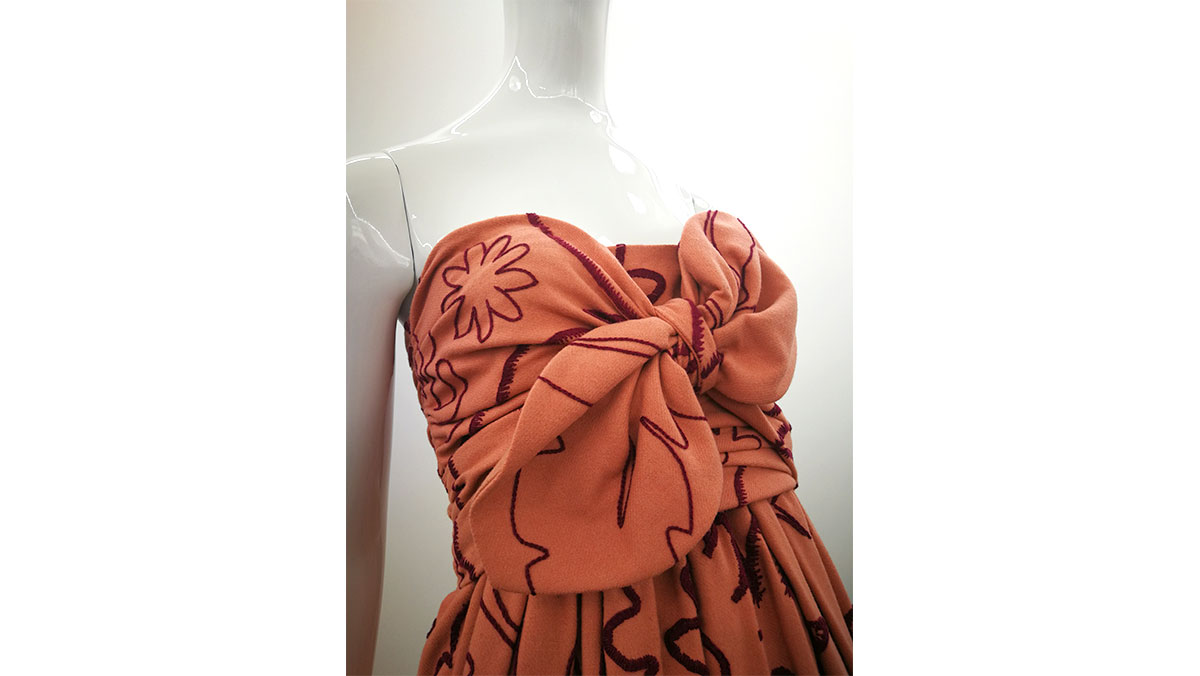 “I’ve always loved Tivaevae,” said Walker in an exclusive interview with The Last Fashion Bible. “The graphic nature of it, the craft nature of it, the colours, but I’ve never been able to make it fit in a project. We’re from a creative world but it’s also a commercial world. Tivaivai it’s not commercial, it’s about love.”

Along with her team of Māmās — aged 60 to 91 — Tukua, who’s originally from Aitutaki and now lives in South Auckland, made the dusty-pink wool-flannel dress by splitting their time between Māngere and Walker’s design room in Grey Lynn.

Now, after months of touring exhibitions around the world, the dress is back in New Zealand. Walker held a celebratory soiree that captured the spirit and vividness of the Cook Islands to welcome the dress back to Auckland before it continues to its new home in Te Papa, Wellington.

“Having our dress acquired for Museum of New Zealand Te Papa Tongarewa is a wonderful acknowledgment of the significance of the project, the skills of all those involved and the story of the dress,” said Walker. “It’s a fitting home for the dress to be welcomed into and we’re thrilled that there it will continue to tell its story”. 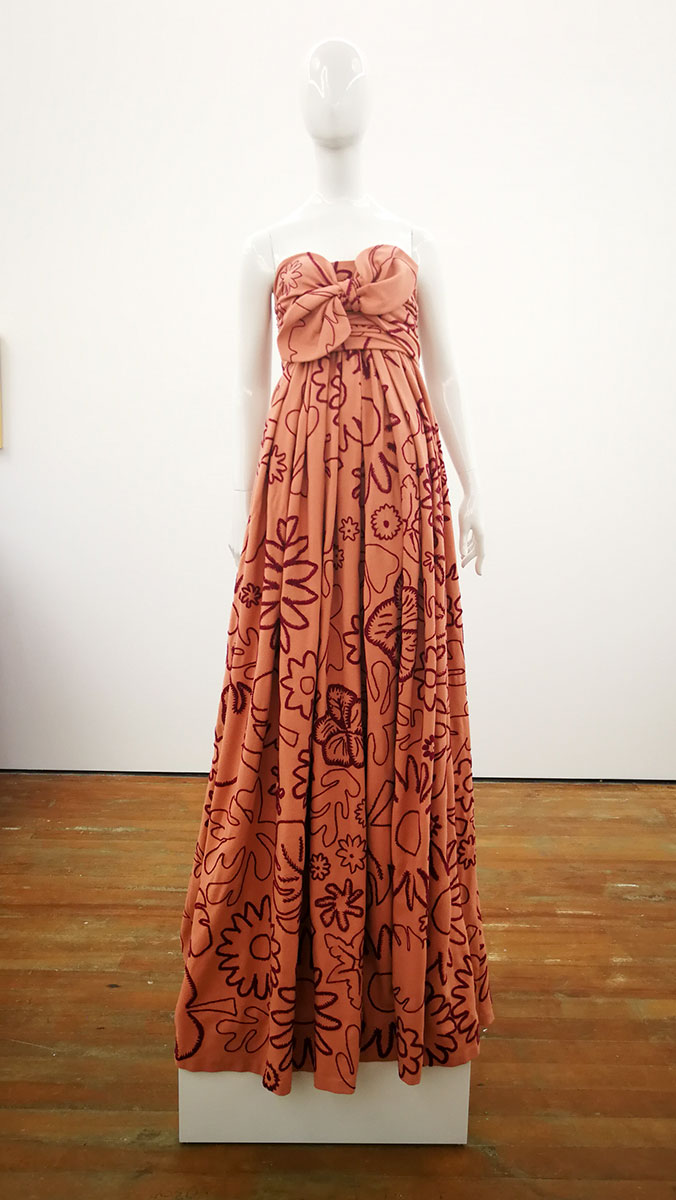 Claire Regnault, Senior Curator at Te Papa, is excited to welcome the dress into the museum’s growing collection of Pacific-infused fashion.

“On behalf of Te Papa, I am really thrilled to have been able to acquire this stunning ball gown by Karen Walker, Tukua Turia and the Kūki ‘Airani Creative Māmas as part of our growing collection of Pacific infused fashion,” said Regnault.

“I have been both impressed and moved by the depth and authenticity of the collaboration, and the ways in which the creation of the gown has drawn on, challenged and extended the ample talents of both parties. Adrift with flowers from the Cook Islands, along with Karen’s daisy, I am sure that the gown will inspire generations to come.”

The Tivaevae gown isn’t Walker’s first garment to be exhibited at Te Papa. The Pearl Dress from Karen Walker’s Etiquette summer collection was first presented at Australian Fashion Week in 2000. It features a slashed back and subtly subverts the traditional respectability of little black dress and string of pearls. The broken string of pearls print, which also featured on t-shirts, was created by Katie Lockhart and Mikhail Gherman, Karen Walker’s creative director. The Pearl Dress is included in the Part of History collection.

The tivaevae gown will be on display at Te Papa in the near future. We look forward to visiting it in its new home.