Karen Walker and Cook Islands craftswomen took a slice of the Pacific to a Buckingham Palace reception for the Commonwealth Fashion Exchange (CFE) this week. The tivaevae gown was a collaboration between tivaevae designer and embroidery expert Tukua Turia and her Creative Mamas, and Walker’s design team, combining her eccentric style and traditional Cook Islands tivaivai.

A Royal audience at the Commonwealth Fashion Exchange

The Commonwealth Fashion Exchange is a project designed to celebrate artisans and designers and mark the Commonwealth Heads of Government Summit in April. The dress was part of a showcase of one-of-a-kind looks that received a Buckingham Palace reception hosted by the Duchess of Cambridge, Kate Middleton and the Countess of Wessex, Sophie, during the recent London Fashion Week.

The Duchess met artisans from around the Commonwealth and heard stories such as this about a partnership between Karen Walker and a cooperative of women from the Cook Islands, who are expert in the craft of ‘tivaivai’. #FashionExchange pic.twitter.com/BM9n5IFuXw

Along with her team of Māmās – aged 60 to 91 – Tukua Turia, who’s originally from Aitutaki and now lives in South Auckland, made the dusty-pink wool-flannel dress by splitting their time between Māngere and Walker’s design room in Grey Lynn.

“For me, it was even more about sharing in the history, culture and meaning of tivaivai than it was about creating a dress. It’s been a very special project for us.” – Walker

The tradition of tivaivai

Turia learnt to make tivaivai from her grandmother and is one of only a few recognised experts in tivaivai in New Zealand. She aims to keep the craft alive and pass on the skills and methods to the next generation. Traditionally bed coverings, tivaivai is central to Cook Islands culture, made in patchwork style and gifted to family and community to mark special occasions.

“Sewing tivaivai is all about enjoying time with the ladies, working together, singing together and learning from each other” – Tukua Turia 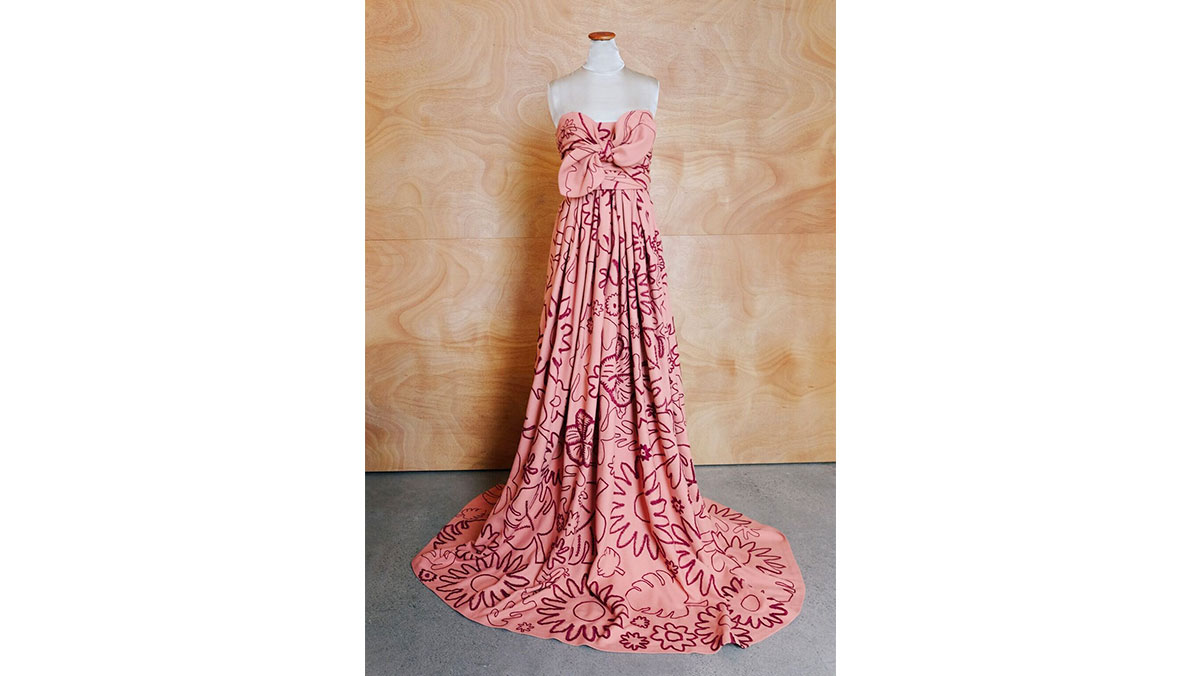 Walker says it’s been a privilege to watch the ladies work on the project.

“I’ve always loved the look of tivaivai; the strong graphics, fantastic colour combinations and beautiful detail in the stitching, but with this project I’ve learnt so much more. I’ve also loved the embracing of the time the craft takes and how that time is spent not only creating the work but being with friends and community.”

According to a spokesperson for Walker, Middleton was very impressed and noted the beautiful embroidery on the dress, which features a complex bow, pleated bodice and a dramatic floor-length skirt crafted from Italian wool in a soft shade of pink.