Amy Schumer’s latest box office delivery, I Feel Pretty, is receiving mixed reviews, likely because it sends mixed messages. Some are calling it out for body shaming women, others are praising its self-love message.

In the film, Schumer plays Renee Bennett, a self-loathing woman hidden away in a basement office job (although already working for the glamorous company, LeClair) striving to conform with the societal ideals of beauty. She’s obsessed with improving her body image, yet doesn’t seem driven to follow through with anything that can bring her lasting change. Bar staff, shop workers and men who reject her online all contribute to her downward spiral at the pinnacle of which, inspired by the movie “Big”, she flips a coin into the wishing well, hoping to become beautiful. The following day, after a laugh-out-loud accident in cycling class, she suddenly begins to see herself as a supermodel, but from everyone else’s viewpoint, she’s the same as ever, though her loyal friends (Aidy Bryant and Busy Philipps) offer her the validation they have all along.

With this newfound super-confidence, even arrogance at times, she is empowered to live her life fearlessly, landing herself a boyfriend and her “dream job” (as a receptionist) at the 5th Avenue headquarters of LeClair.

The film has great support cast. Michelle Williams is hilarious as Avery LeClair, the cosmetics CEO and granddaughter of the firm’s founder Lily (Lauren Hutton). Williams uses a childlike, high-pitched voice that wreaks havoc with her confidence. It’s a refreshing change to see her in a comedy role instead of a downtrodden wife or girlfriend, so much so I actually wondered if the character was in fact Williams. This makes for a convincing performance.

Emily Ratajkowski also makes an appearance as herself going through relationship issues, much to Bennett’s surprise. Although the portrayed disbelief that good-looking people could have real-life problems is somewhat brash and unconvincing.

While there has been a lot of criticism of the film, Schumer stands by it, saying, “I think that we were real careful with staying on message, which was that it’s not about how anybody else sees you. It’s about how you see yourself and who you are.”

We have to ask though; is it okay to infer Amy Schumer is “fat” when she is the average size of an American woman? And then to make plus-size jokes because the movie ends on a moral high ground that supposedly teaches a lesson about body positivity?

If you don’t take it too seriously, the film is a funny rom-com that tries to instil a message that it’s not what you look like on the outside that matters, it’s who you are on the inside. But it seems like a double-edged sword with the communication of the message that could easily be misinterpreted for fat-shaming. Nevertheless, the laughs, Michelle Williams performance and the continued conversation around body positivity made it a comedy worth a watch. 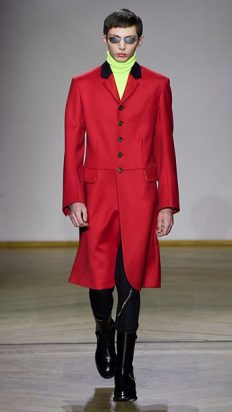