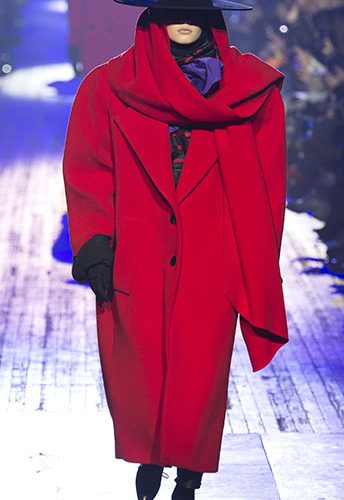 The Park Avenue Armory was pitch dark, save for a narrow spotlit runway down its center. His label’s fortunes are down and the fashion winds are reshaping the New York hierarchy of cool, but Marc Jacobs still knows how to cast a spell. With the news earlier this month about Baja East’s John Targon being brought in to design his company’s contemporary line, tonight was Jacobs’s moment to deliver a fashion message that can’t be ignored. Underneath those spotlights we’d say he succeeded.

This was a collection of extremes, inspired by 1980s haute couture—names like Montana, Mugler, Ungaro, and Saint Laurent. All the hallmarks of the era were here: the bold shoulders, the big bow belts, the baggy pleated trousers, neck flourishes—only Jacobs didn’t modernize those anachronisms, he exaggerated them by sizing them way, way up. As in shoulders so wide, you might not make it through the door.

Fashion is in the midst of an ’80s renaissance. The bluster of the period’s silhouettes is aligned to the times we’re living in, with the tax cut for the ultra-rich and the rolling back of everything from reproductive rights to environmental regulations. But Jacobs rarely puts his politics on the runway.

This show felt less like a response to Trumpian excess than it did a finger in the eye of the commercial pressures he’s facing. With their oversize shapes, thick, heavy fabrics, and resolutely dressed-up sensibility, these clothes couldn’t be any more different than the trends currently dominating the market. Jacobs has never shied from playing the contrarian, and he did so with complete gusto here.

As sexy as his confidence is, though, the body swamping clothes were short on sex appeal, and that can be a deal breaker for a lot of women. He compensated with some stretchy knit pieces and a high-waisted pant and polka dot blouse with the sleek athleticism of a matador’s costume.

Commercially speaking – hey, business is business – the most relevant part of this collection was its evening looks, after dark being when contemporary women embrace this kind of flourish and extravagance. The models’ matching dye jobs were a fabulous, modernizing touch.

This article originally appeared on Vogue.com. 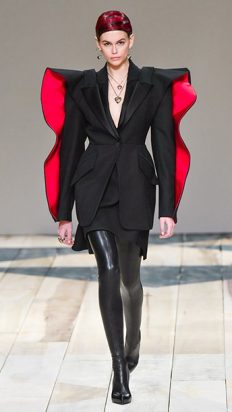 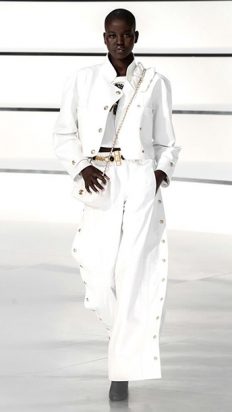 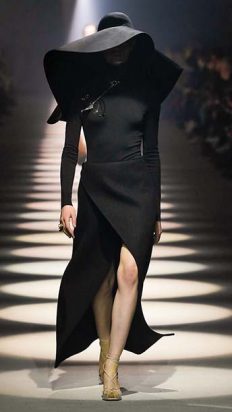 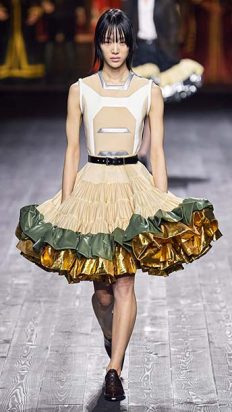