Stella and Ellen MacArthur call the textile and fashion industries to action with the launch of the @EllenMacarthurFoundation new report: ‘A textiles economy: Redesigning fashion’s future’ in London at the @VAMuseum tonight. The alarming findings of the report reveal that every second the equivalent of one garbage truck of textile ‘waste’ is incinerated or landfilled, while less than 1% of clothes gets recycled back into new clothes. Despite this, the report outlines an optimistic future for fashion based circular economy for the benefit of society, the economy and most importantly, the environment. “What is really exciting about this report is that it’s providing solutions to an industry that is incredibly harmful to the environment, these are problems that people are not even aware of.” – Stella Discover more at EllenMacArthurFoundation.org #MakeFashionCircular #StellaSupport

A new report, titled A new textiles economy: Redesigning fashion’s future was produced by the Ellen MacArthur Foundation and looks into textile industry’s impact on the environment and what changes can be made, has revealed that critical changes need to be made.

“Today’s textile industry is built on an outdated linear, take-make-dispose model and is hugely wasteful and polluting.” – Dame Ellen MacArthur

The report by her foundation found that the equivalent of one dustbin truck-worth of textiles is landfilled every second and that 50% of these could be recycled. Other environmental effects include the depositing in the ocean of half a million tonnes of tiny synthetic fibres which cannot be cleaned up.

As a result, the foundation says that we could end up eating our own clothes as they re-enter the food chain.

The report has a list of suggestions as to how to change the way clothing is produced to make it more sustainable:

“What really excites me about [the report] is that it provides solutions to an industry that is incredibly wasteful and harmful to the environment. The report presents a roadmap for us to create better businesses and a better environment. It opens up the conversation that will allow us to find a way to work together to better our industry, for the future of fashion and for the future of the planet.” – Stella McCartney

The report has already been backed by industry giants, including Nike, H&M and Google, but the authors are calling on the entire industry to change its practices.

If not, they claim that the fashion industry will consume a quarter of the world’s annual carbon budget by 2050. 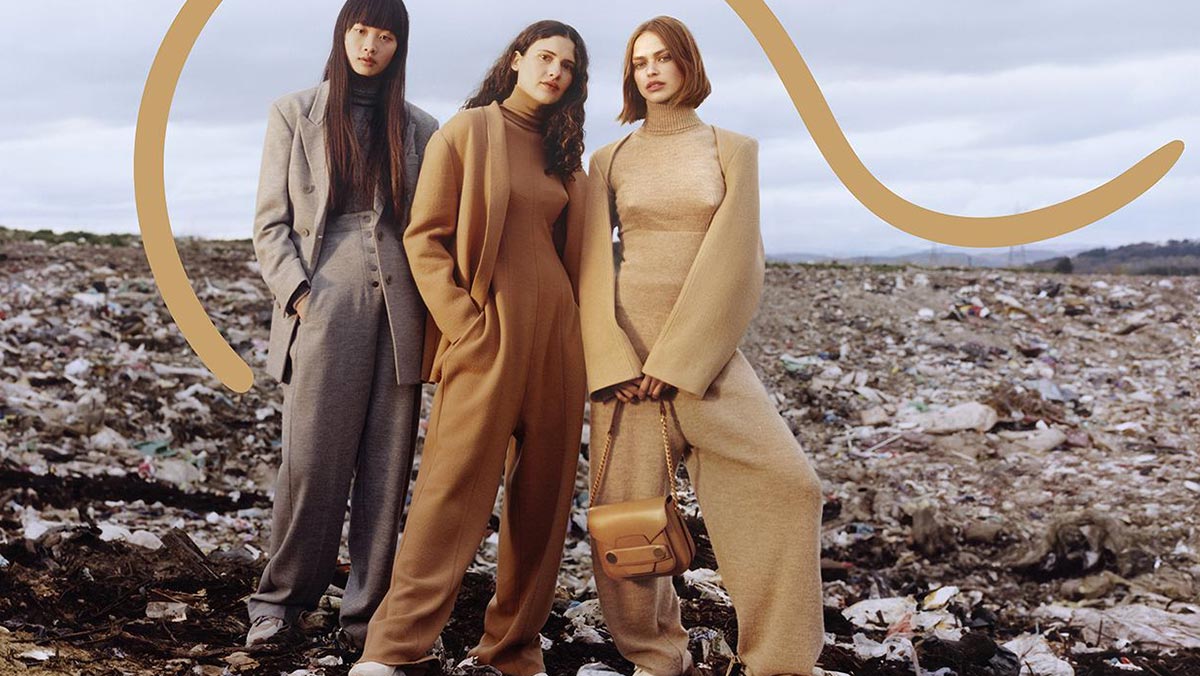 McCartney, based in London, has become known for her ethical approach to fashion, being a leader in the anti-fur trend, and shooting her recent campaign in a landfill to highlight the issue.

Having previously designed trainers made from ocean plastic, she revealed earlier this year that she will collaborate with Parley for the Oceans on a long-term project named Ocean Legends.

The partnership will see McCartney’s label use ocean plastic instead of woven or recycled polyester in its products.