While people the world over have been confined to their homes, many turned to the small screen to indulge in moments of escapism. International travel may still be on pause for us here in New Zealand, so immersing ourselves in a favourite new show or two has provided endless inspiration for when the world reopens. From a modern-day Irish love story set in the breath-taking county of Sligo to a dramatic bank heist in vibrant Madrid, Booking.com presents a selection of the must-see destinations behind your favourite TV shows. Add them to your holiday wish list for when the time is right.

Also known for its starring role in many Steinbeck novels, Monterey, California has more recently made a big splash on the small screen in Big Little Lies, a popular show that features scenic drives along the dramatic Pacific Coast and acts as a setting for runs along pristine beaches. Located on California’s glorious Central Coast about a two-hour drive south of San Francisco, Monterey is the setting of a murder that shakes the wealthy community in this dramatic series. It’s no lie that the incredible backdrop witnessed on screen is something to behold in real life too, with some of the main attractions of  Monterey being a drive along the iconic Bixby Bridge on Highway 1 or a leisurely stroll along Old Fisherman’s Wharf to catch sight of nearby sea lions and otters.

For a taste of the characters’ wealthy lifestyle, The Monterey Plaza Hotel & Spa offers world-class service, stunning views of Monterey Bay, and even boasts its own private beach for hotel guests. Visitors can fully immerse themselves in the local heritage of Monterey as it’s only a short walk away from Cannery Row, an idyllic sea-front street featuring historic and cultural experiences.

The Spanish capital, Madrid is known for its sophisticated boulevards and immaculate gardens. It is now also recognisable for some TV-lovers as the home of the Royal Mint of Spain. Fans of the show Money Heist have been captivated by an elaborate robbery plot, and those wishing to visit the real Royal Mint of Spain when able can visit and learn about its history at its permanent exhibit, Museo Casa de la Moneda. The façade, however, won’t be familiar to the show’s fans, as the popular show used the headquarters of the Spanish National Research Council (CSIC) for its exterior scenes.

Located a short walk from the CSIC (which many fans of the show will be familiar with) is Barceló Emperatriz, a luxurious hotel that features stylish rooms with state-of-the-art furnishings. With a prime location in the heart of Madrid’s glamorous Salamanca district, picturesque 19th-century boulevards lined with fine-dining restaurants and designer boutiques are all within reach.

Another capital featured on recent trending television choices is Berlin, Germany. In Orthodox, we see the main character leave behind a strict religious culture and troubled arranged marriage, fleeing to Berlin where she is immersed in its vibrant cosmopolitan culture and music scene. The show was largely filmed in the Kreuzberg district of Berlin, which is known for its thrift shops and laid-back cafes, but there is also a riveting scene that takes place further west at the popular and historic swimming spot, Wannsee Lake.

Berlin Base Apartments are located in the Kreuzberg district, which will be instantly recognisable from the TV series due to its colourful and leafy streets, offers impressively stylish accommodation, with an inviting terrace where guests can relax after a day exploring. Just a few moments away from the apartment is Görlitzer Park, a popular destination for locals to spend the day complete with children’s farm and several sports and football fields.

A new TV series based on a local Man Booker Prize-winning novel, The Luminaries draws viewers into some of the West Coast of New Zealand’s more dramatic landscapes. While many of the locations exist only on a sound stage, the sweeping beauty of west coast beaches, the bubbling freshwater rivers, and the rugged mountains are all here for the more adventurous traveller. While filming logistics saw Auckland step in to fulfil the role of many of the original locations, the crew also headed south to the novel’s homeland of Hokitika, the wild west of New Zealand’s south.

Located right on the beach, Beachfront Hotel Hokitika is the perfect spot for enjoying the rugged and wild West Coast landscape. With an on-site restaurant and a bar, guests won’t have to venture far leaving plenty of time to take in the stunning view. The hotel is only a one-hour drive from the famous Pancake Rocks at Punakaiki and many other West Coast natural beauties.

The quiet and sleepy village of Symonds Yat, England is located in Herefordshire near the Welsh border, recently shot to fame following the popularity of Sex Education, a comedy-drama series that follows a group of teenagers as they navigate adolescence in high school. It features heavily in the binge-worthy series, with its panoramic shots of sweeping treetops in the Wye Valley and the bending River Wye. This picturesque village is perfect for a scenic walk or even a boat trip along the river, with gorgeous houses and pubs dotted along the valley. When it is safe to travel again, Symonds Yat has plenty of activities to enjoy and is a destination that can be appreciated by travellers of all ages. 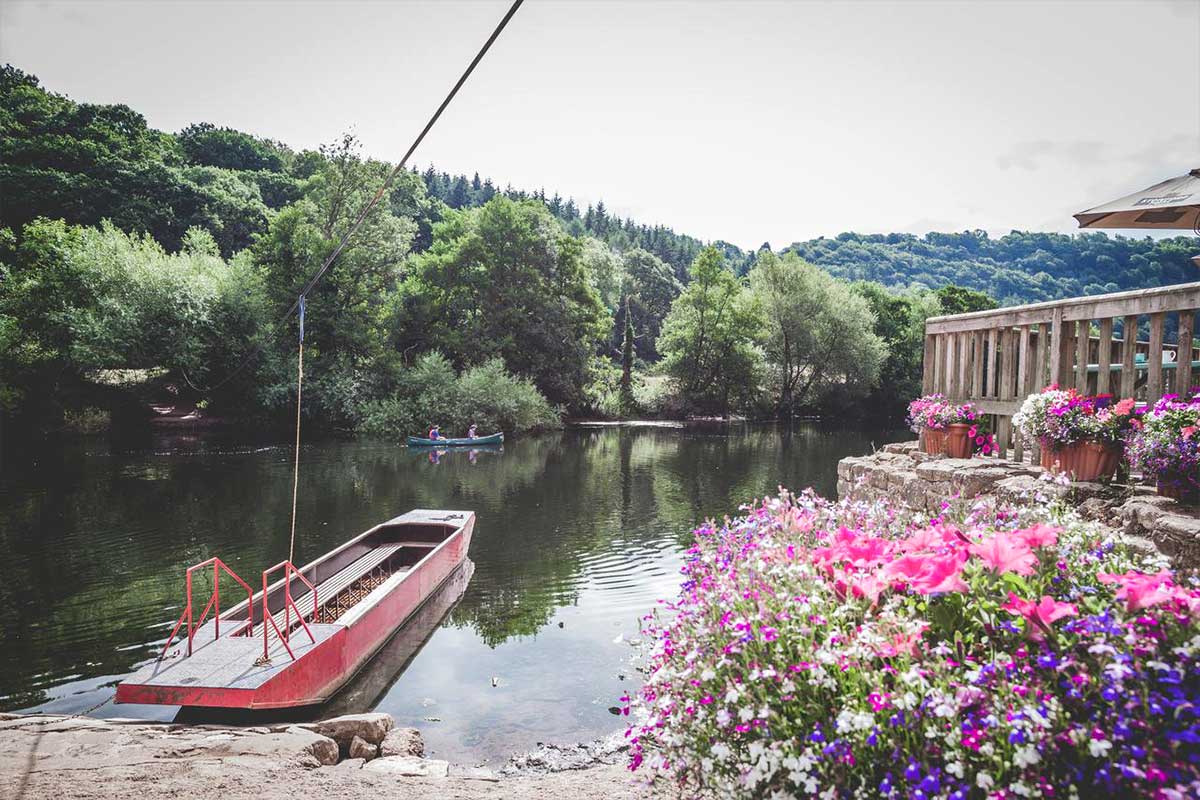 Located on the idyllic banks of the River Wye is Ye Old Ferrie Inn, a characterful 15th-century pub that offers bright and airy accommodation with spectacular views of the river. Visitors to the area will be spoiled for choice with activities to do, from canoeing along the river to scenic walking trails a stone’s throw away from the Inn, and horse riding is also available nearby.

When a best-selling novel following a story of two star-crossed lovers based in Ireland was turned into a TV adaptation, it had people gripped from the get-go as millions streamed the series in its first week of release. Normal People is based in Sligo County, Ireland, and throughout the TV series, viewers are treated to beautiful shots of Sligo’s beaches and the lush countryside — putting the destination firmly on the map for places to visit in Ireland. Beyond the series that put Sligo on the map, it is worth taking a trip one day to discover its beautiful surroundings, steeped in medieval history including Sligo Abbey, which features carved tombs and a 15th-century altar. 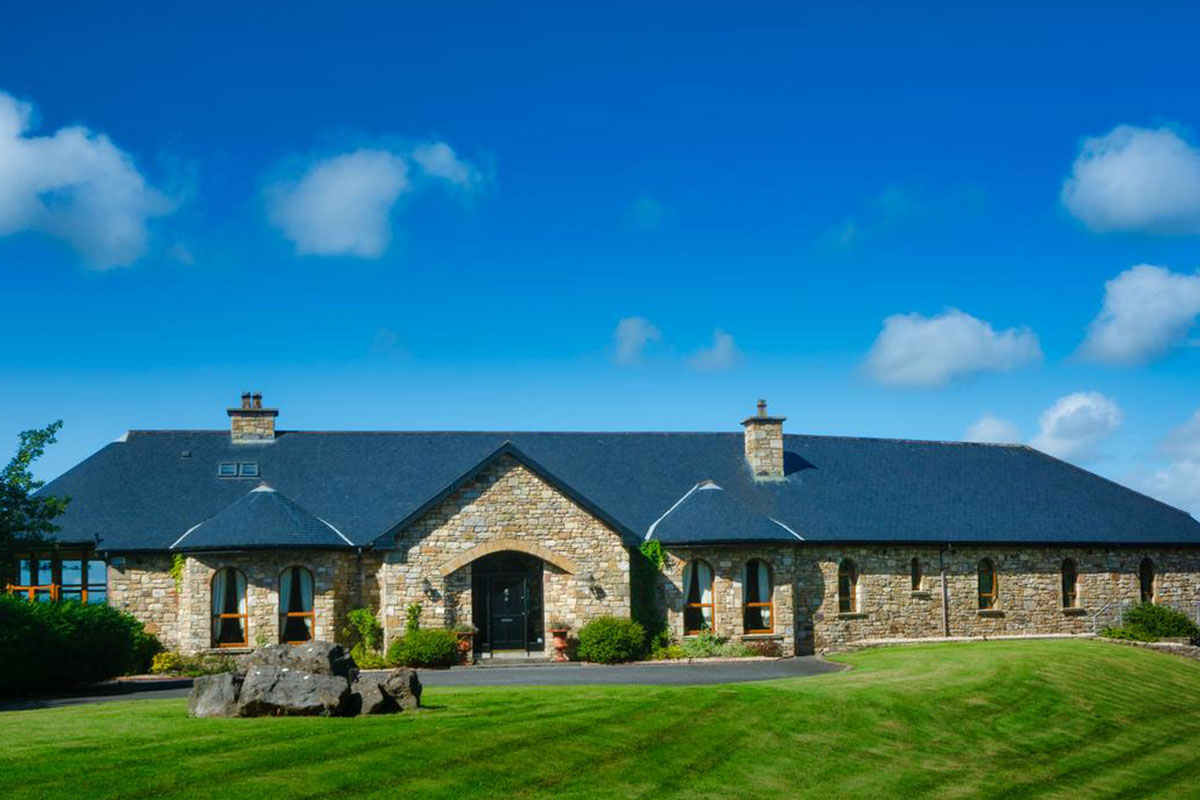 Found in the heart of Sligo County and a short drive from the series’ iconic locations such as Streedagh Point, Teeling Street, St John the Evangelist Church and Killoran’s Pub, is Down Yonder Boutique B&B. The quaint accommodation is perfect for anyone wanting a rural getaway to discover the best of Sligo and its picturesque surroundings.

A recent Korean drama where — in a parallel universe — an app alerts people if someone nearby likes them, has attracted a global fan base — with anticipation building online for the next season release. Like most modern-day Korean dramas, Seoul is the main location for Love Alarm, and the capital is now becoming an internationally recognisable destination due to its mesmerising skyline with eye-catching skyscrapers. Those wanting to discover why Seoul, South Korea is the perfect filming location will not leave disappointed, with so much to see and do. 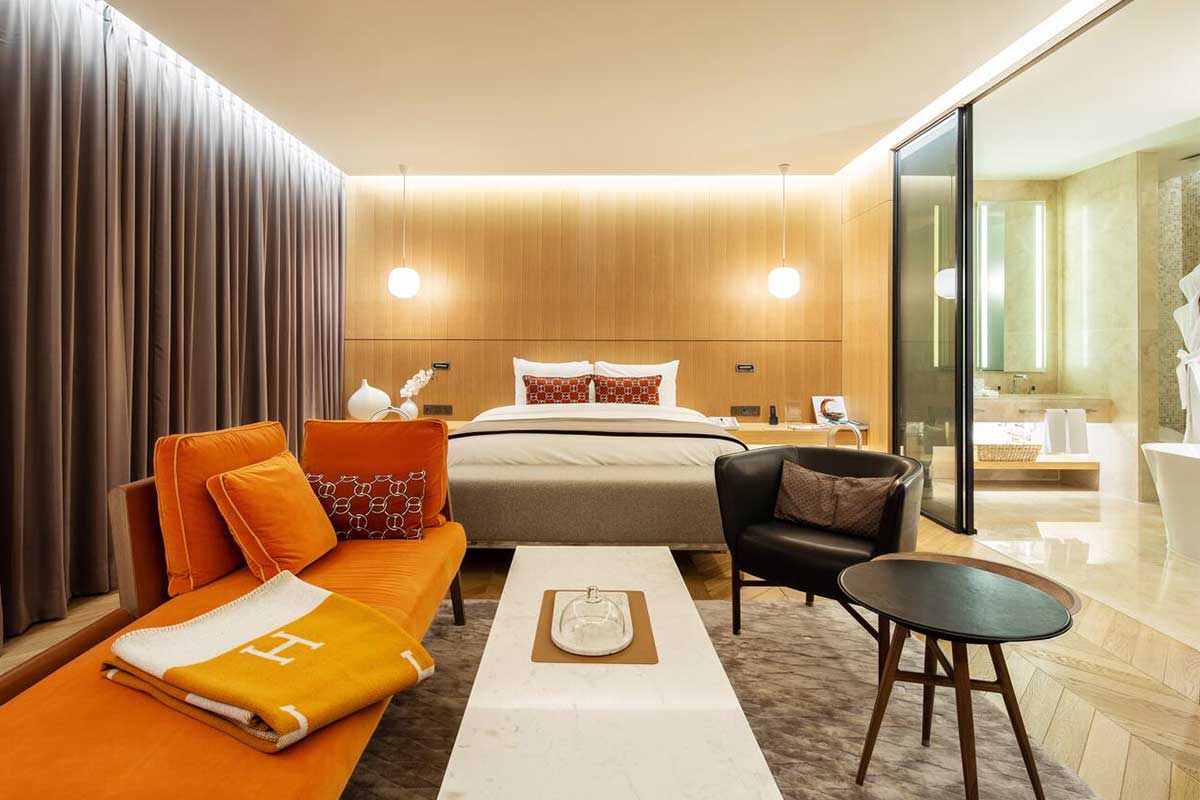 Hotel28 Myeongdong is a must-stay for any movie buffs as every floor has been tastefully designed to display film-inspired artworks. This luxury boutique hotel features stylish and comfortable rooms and is located in the centre of Myeongdong, a popular shopping area and the go-to-place to experience the young culture in Seoul.

This article is a sponsored post in collaboration with booking.com. All imagery supplied. For more holiday inspiration like these check out our Travel section.