“Celebration: Yves Saint Laurent” by Olivier Meyrou is a poignant, intimate portrait of legendary French designer Yves Saint Laurent in his twilight years. Shot over two years between 1998 and 2001, just before Yves retired from the world of fashion, “Celebration” takes us behind the scenes of the fabled fashion house and of the couturier’s complex relationship with business partner Pierre Bergé.

This year, “Celebration” is showing as part of the exciting fashion film lineup at the New Zealand International Film Festival. We spoke to the film’s director, Olivier Meyrou, about the making of this beautiful portrayal of the man behind the last original Parisian couture houses. 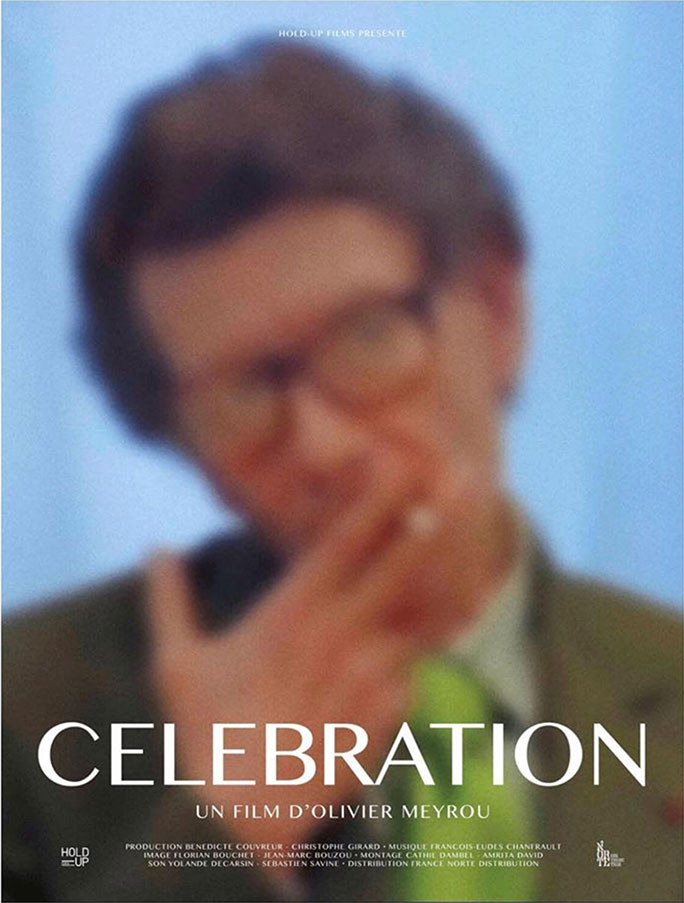 Why did you decide to make a film about the last years of Yves Saint Laurent and his role as the last great Parisian couture house?

Yves was exhausted and we knew his house of Haute Couture was going to disappear as soon as he would retire from public life. We shot with an emergency in mind: to grab the essence of Yves Saint Laurent house of couture before its closure and the departure of one of the most iconic french creator.

How long did it take to make the film?

We started shooting in May 1998 till January 2001. I spent more than two and a half years “embedded” at Yves Saint Laurent.

Your film captures Yves’ exit from the fashion world. Could you elaborate on the feelings of those around him you experienced while filming?

Yves was camera shy. He worked holed up in his studio. What was the solution to filming over a long period of time in these conditions? We opted for an approach that is very close to a wildlife documentary.

The first day of the shoot in his studio, we sat on the ground in a corner of the room, remaining as discreet as possible despite the constraints of shooting on reel. And we waited. Yves never came. We persisted on the days that followed for just like big cats must sooner or later come to a watering hole, he was going to have to come to his table sooner or later to design his collection.

One day, Yves came and sat down at his drafting table. He did the best he could to ignore our presence, which was unavoidably intrusive in just 400 square feet. His dog Moujik vigilantly at his side, Yves gradually grew accustomed to our being there. Even when he was at work, he was equally a timid man of terse conversation. His way of looking, moving, touching fabrics said much more than anything words could express. There was no sense in trying to interview him.

Yves was notoriously private. As a documentarian, how did you approach working with him?

Trying to film Yves was much like trying to film two different characters at the same time. On the one hand, there is the historical figure, on the other, a man in physical decline, still relentlessly at work.

I needed a visual texture to mirror this situation. I then had the idea of alternating the use of black and white and color film. Black and white to evoke the figure who had already made his place in history, and color to create a feeling of proximity and empathy with the fragile yet vibrant man he was at the time we were shooting the documentary. I wanted to reveal the collective adventure behind the fashion designer’s renown.

The YSL couture house epitomized French society in miniature with its seamstresses, executives and two very rich men at its helm. I spent as much time with the seamstresses as I did with Yves. Filming the seamstresses at work in the splendor of the mansion’s rooms allowed me to introduce an element of normalcy within a story of such extravagant proportions. The seamstresses shared the same goal and the same passion as Yves, bringing his sketches to life, but only rarely seeing him, and at that from afar as they worked on the upper floors. Filming these two so close yet so very distinct worlds enabled us to tell the couture house’s story.

You reportedly refused to let YSL’s business partner, Pierre Bergé see the film prior to release. As a result, the documentary was banned from hitting screens for twenty years. Why did you not want him to review the film?

Pierre Bergé was a control freak. It can be a quality, but most of the time it is a problem. I was making an independent documentary. That was the deal we had when I started shooting. And he let me completely free during two and a half years. The problem came after that. He probably thought he would be part of the editing process, that he would be in the editing room with me. It doesn’t happen that way. Independence is everything when you shoot but also when you edit a film. A film tells one vision. We were not going to be two directors. That was a problem.

Bergé approved the documentary’s release before his death. Do you know what changed his mind?

He finally asked to see the film two years before he died. We rented a movie theater for him to discover the film on a big screen. There were two in the room, Pierre Bergé and one of his collaborator. He was moved by the film and liked it a lot. This is when he decided it was the right time to release the film. He took a bit more time after that because we had to restore the film. This is why the film is hitting theaters now.

How do you feel now that people can see your documentary and get a snapshot into the secretive world of YSL?

I hope the film will allow the audience to discover the human being behind the icon.

In the film, Yves talks about the “elegance of heart”. What does that mean?

I never met the young man, the rising artist, the creative and joyful revolutionary that we see depicted in Andy Warhol’s paintings. When I met Yves he resembled his spectral sketches. It was very moving because I was filming a man who gave everything to his art. A man who dedicated his dreams, his entire life to his creation. Beyond his profound isolation, you could feel the essence of that incredible man. He was true to himself and lost in a world he could not understand. This is what he means when he speaks about “the elegance of heart”.

The documentary builds towards the big House of Yves Saint Laurent parade at the Stade de France before the end of the France-Brazil Football World Cup in 1998. What was that experience like?

It was incredible. Pierre Bergé wanted to leave a mark. As Yves’ retirement drew near, Bergé organized a number of often quite remarkable happenings and events to celebrate YSL throughout the world. That one was probably the biggest of all. I used this series of celebrations, this veritable swansong, as a base to create the film’s dramatic arc.

Do you have any previous experience with fashion and couture?

Not at all. That was my first and my last experience in the fashion world. But I have been blessed to meet with one of the greatest.

What had you learned about Yves by the end of filming?

He lived his dream his entire life. No matter what. When he was a child he wanted to design dresses and he was still designing dresses in his seventies. Far, far away from marketing. I met an artist.

“Celebration: Yves Saint Laurent” is showing as part of the NZIFF 2019.