The drive north to the Bay of Islands from Auckland is beautifully scenic — even in the winter. The crisp, cold and sunny blue skies paved the way ahead for our New Zealand staycation. Getting away in the winter months can often be challenging, as winter spells the end of public holidays and long weekends in New Zealand. But I’ve come to realise that taking a day of annual leave to revitalise yourself with friends and family over a long weekend, in our own backyard, can make an efficient cure if you’re suffering from the winter blues.

The Bay of Islands — a three-hour drive from Auckland City — is an interesting place. Having previously been here for a wedding, I knew how beautiful the scenery is. This time, with many activities lined up for this trip, meant I would be getting a better feeling and understanding of the Far North.

It all started with a kawakawa massage for two at the Paihia Beach Resort. We found that even a short 20-minute treatment was a brilliant way to wind down and relax after a busy week. Kawakawa, a native plant that’s naturally enriched with healing properties, is plentiful in the North. So much so, there is a nearby town named after it. Adding a local flavour into the treatment, we relaxed on a bed of hot stones infused with kawakawa leaves while being massaged with New Zealand kawakawa oil. 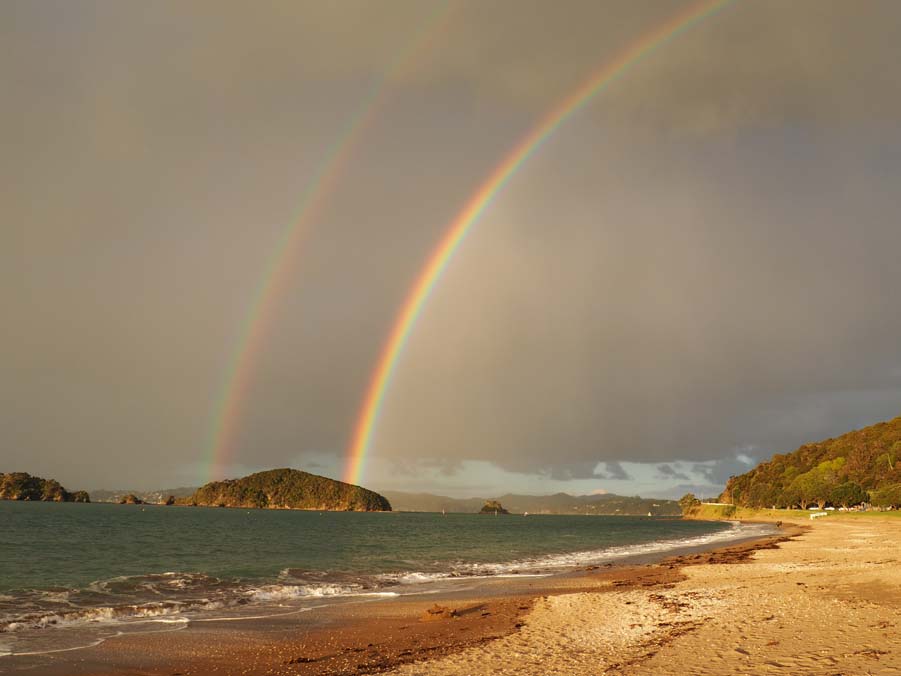 After settling into a more relaxed pace we check into The Duke of Marlborough Hotel. Refreshing rascals and reprobates since 1827, the hotel was once the famed liquor store in Russell, known as the “hellhole of the Pacific”. It served “grog” to whalers and merchants who came to shore, seeking refreshment and company from the local woman after months at sea. Holding New Zealand’s first liquor licence, this historical beauty has come a long way. Now, it offers visitors a great place to relax with quintessential New Zealand scenery on the doorstep.

Although the establishment has not forgotten its roots, it now boasts award-winning professional staff, a full bar, reception rooms, and an exceptional restaurant with seated outdoor area. It’s now a peaceful spot to relax, unwind and watch the tide roll in and out.

The Duke of Marlborough had been renovated since my last visit in 2017. Our room still had that distinct smell of newness and was lavishly furnished with comfort in mind. It was heart-warming to see that they had kept the place in line with its historical roots, replacing the old well-worn rose-patterned carpet with the exact same outdated-by-modern-standards design. The place feels authentic. When you stay at the Duke, you are staying in a piece of New Zealand history.

The next day, we made our way to the Waitangi Treaty Grounds. As a New Zealander, I thought this would be a school history lesson recap. But from the very start, there was something special about this tour. For starters, our guide, Rehupo Kara, is a direct descendant of two Maōri treaty signatories – Te Hapuku on her father’s side and Marupō from her mother’s. I could tell the authenticity of history and preservation of culture was important to Rehupo. She carried out the role of tour guide almost if as if it were her duty. It was an honour to discuss the history of New Zealand with her.

She told the story of the man who had the foresight to recognise the inherent historical importance of this region – Lord Bledisloe. In recognising the significance of the Waitangi Treaty Grounds, he and his wife purchased James Busby’s house, the site where the treaty was signed, and 1000 acres of adjacent land. In an act of supreme generosity he gifted it to the people of New Zealand by way of Trust in 1932. The annual national public holiday, Waitangi Day on February 6, is a celebration of this gift.

Carving was prevalent throughout the tour, a representation of its significance in Maōri culture. We learned this was because carving was the first Maōri language. It told stories, recorded history, genealogy and knowledge. As many historical Maōri were fierce warriors, the carvings are made in reference to the God of War. A single tongue poking out is meant to intimidate and defy onlookers. After a battle was won in a ritualistic tradition, some warriors would go as far as to eat their defeated opponents in order to take on their essence.

After the tour, we were welcomed by a traditional ceremony which began with fierce intimidation. Then the scene became flirtatiously alluring as the warrior does a battle dance, before finally welcoming visitors into the meeting house. “Haere Mai!” they cry.

After removing our shoes and entering the beautifully carved meeting house, we were entertained with traditional waiata (songs) and haka. The poi was performed by the women with patū demonstrations from the men.

Remarkably, the upkeep of the Treaty Grounds is not funded by the government and relies on visitors to keep the place going. The Waitangi Treaty Grounds is now complete with a new museum (as of 2017), and doing a fantastic job continuing the legacy of the birthplace of our nation — it’s significance cannot be overestimated when considering the foundation of New Zealand. 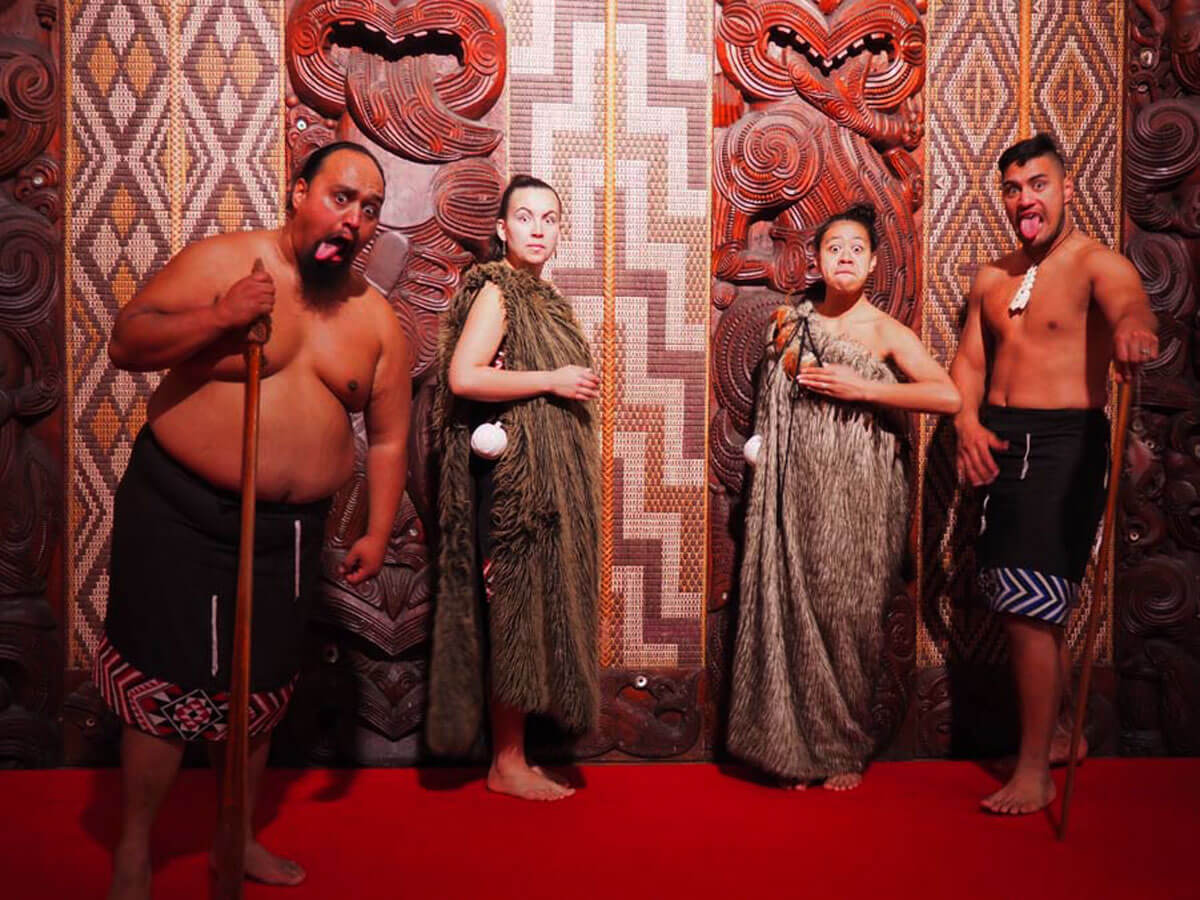 Next up, we went to meet our next guide for the Discover Kerikeri Tour with Fullers GreatSights. Gareth was super easy going and had great knowledge of the local area, allowing us to soak up even more detail of this historic region.

One highlight of this tour was a visit to the Makana boutique chocolate shop. We looked on as chocolatiers skilfully crafted hand-made chocolate while shop staff treated us to delectable samples of what they were making. Their macadamia butter toffee crunch is like nothing I had tasted before — heavenly! And being made with all-natural ingredients and no preservatives was the selling point for me.

We continued our New Zealand history lesson at the Stone Store. The theme of authenticity continued as our guide there, Heather Boyed, was a Ngapuhi descendent and also a descendant of first missionary, James Sheppard. She too was a dutiful story-teller and we heard of missionaries who were sent to New Zealand to convert Maōri to Christianity. These missionaries were provided the settlement by feared warlord and highly respected Maōri chief Hongi Hika. Despite Hika’s commitment to his own people and distrust of foreigners, he was heavily influenced by the missionaries and provided this place for them to live peacefully, protecting them from outside forces. It was here missionaries lived in harmony with the Maōri on the Kororepo Pā opposite. It was through this arrangement that the missionaries and the residents of the Pā became very close in many aspects of daily life. The missionaries educated the now legendary Hōne Heke, the first chief to sign the Treaty of Waitangi. I couldn’t help but think to myself the missionaries certainly achieved what they set out to do.

For the first time, I had a clearer understanding of how many moving pieces there were in those early days and how relationships between British and Maōri were formed, maintained, and how they paved the way for the foundation of our country.

After a long day, we went to Charlotte’s Kitchen to soak in the scenery and reflect on everything we had learned. We had a perfect view over dinner, right at the end of the wharf in Paihia. We were also lucky enough to enjoy music from the live band before hopping back on the vehicle ferry to The Duke. 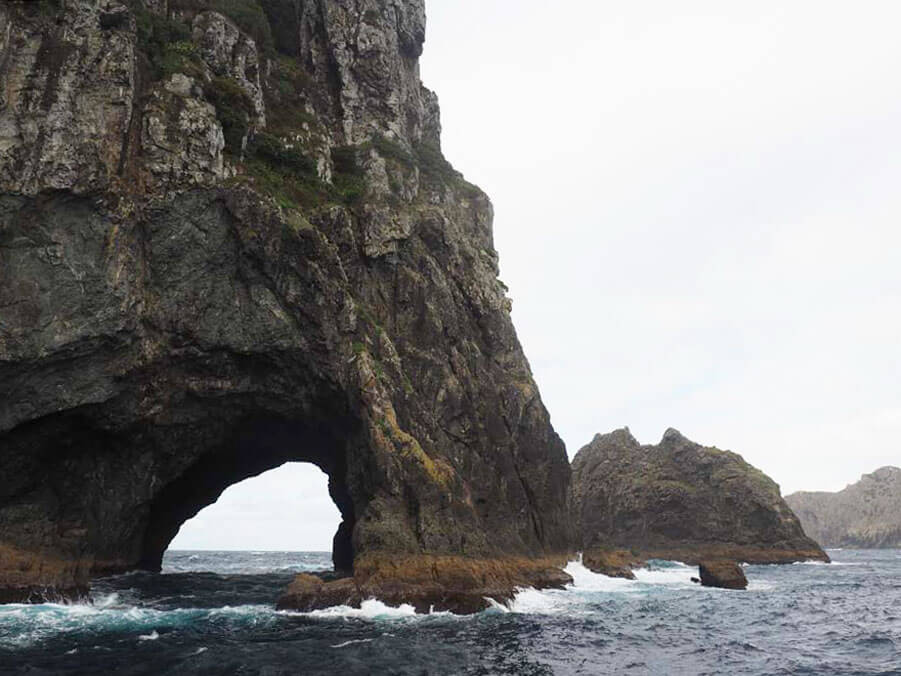 Our last day in the Bay of Islands was an exciting scenic cruise among 144 islands with Explore Group. Once again, we were steeped in local history as knowledgeable staff took us to historic battlegrounds and points of interest around the bay. The hole in the rock was a beautiful sight to behold and the cherry on top of an iconic kiwi adventure.

To this day, the scenery of the Bay of Islands remains beautiful and unspoiled. It is the birthplace of our nation, Aotearoa, New Zealand, for which a visit is essential for a proper understanding of the foundation of our history.

If you want to sit back and let the world go by, there is certainly plenty of relaxation to be had. The Bay of Islands is the perfect destination for a New Zealand staycation!

The Last Fashion Bible travelled with assistance from the Bay of Islands Marketing Group, the opinions expressed in this article are those of the author. See visitboi.co.nz for more information.