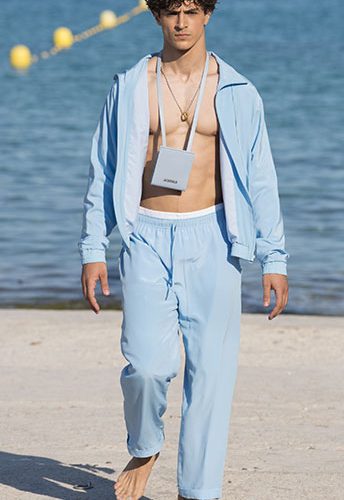 After months of buildup, Simon Porte Jacquemus’s first collection for boys/guys/men made a big, seductive, free-spirited splash from the Calanque de Sormiou, a staggeringly beautiful beach enclave on the outskirts of Marseille.

One day after the menswear season had officially ended,  the designer introduced something new: the gadjo, a hunky outsider archetype from the south whose wardrobe spans knit tanks and teensy bathing briefs to airy suit jackets and shorts. “I don’t think there is this Mediterranean boy in the market,” the designer said. “Not with a solar energy like this.”

The remote destination was a far cry from central Paris, with cars navigating steep winding roads while passing locals on foot in their swimsuits. Here, the runway was the shoreline and the first row was demarcated by towels on the sand. 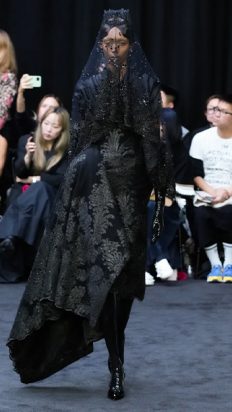 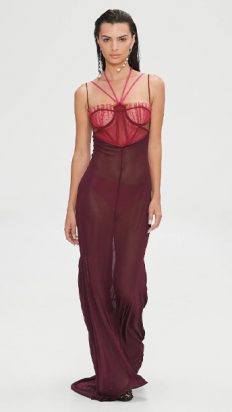 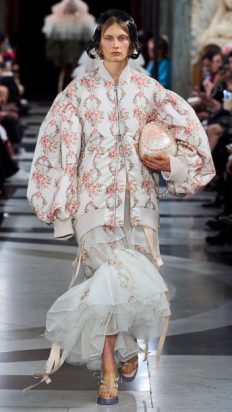 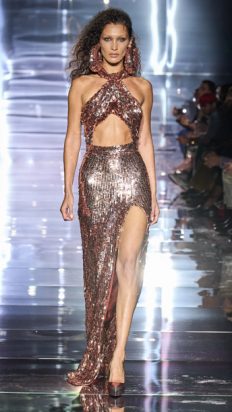