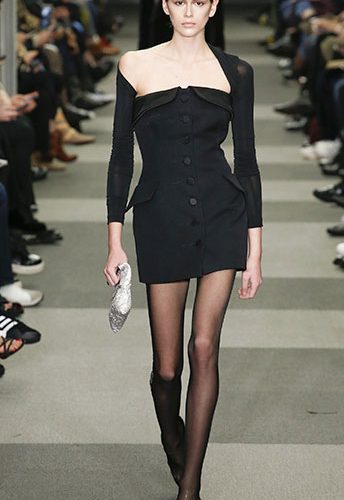 Four Times Square, Condé Nast’s old headquarters, was the site of Alexander Wang’s Fall show. The 21st floor was hung with signage that read “AWG: Serving the Industry Since 2004,” and cubicle walls were arranged on either side of the runway. Wang got his start in fashion as an intern at Teen Vogue and Vogue. Firsthand accounts suggest he was as energetic then as his postshow sprints confirm he is now.

But this show wasn’t so much about returning to his roots as it was about asserting the seriousness of his intentions. His “guerrilla” show on a dead-end block in Bushwick last September was roundly dismissed as a mistake; there’s nothing spontaneous about waiting behind police barricades for an hour for a party bus full of models to arrive. Chastened, Wang was so eager to start tonight’s show on time, guests received emailed requests to be prompt.

Earlier this week, the designer posted a selfie of himself wearing sunglasses with the letters CEO on the temple. “When you’re not the CEO but still wanna dress like one,” read the caption. (Wang was briefly CEO of his company before Lisa Gersh, formerly of Goop, assumed the role last fall.) The sunglasses were a sneak peek of what we saw on the runway this evening. “CEO 2018” was emblazoned in silver across the chest of a button-down and picked out in rhinestones on the upper thigh of sheer black hose, a flip of the script from two years ago when Wang’s tights were stitched with the word girls. There was also an even less subtle Platinum Card motif. After the show, Wang talked up his mom, his sister-in-law, Gersh, and female senior staff.

“I’m blessed and honored to work with such incredible, smart, powerful women. It felt timely to do a collection that reflects a different part of my life, everyone knows the partying me, but I actually go to work more than I party.”

Well, let’s just say you can remove the boy from the party, but you can’t remove the party from the boy. The notion that these clothes – save for a few of the most conservative jackets – could pass in a corporate setting is laughable. (Fashion’s power women have lately been mourning the departure of Phoebe Philo from Céline, whose grown-up tailoring is as day and night from the Wang aesthetic as can be.)

The body-con silhouettes, souped-up athleisure, spiky heels, and Matrix shades owed less to the old-media powerhouses who lined the front row than the new one in their midst: the 21-year-old model and social media sensation Bella Hadid, whose every outfit is chronicled by websites like this one, but whose own reach dwarfs that of the traditional press. With 16.8 million followers, that girl is platinum many times over.

Whether us olds like it or not, in 2018 there may be no smarter business move than making a collection in her image.

This article first appeared on Vogue.com. 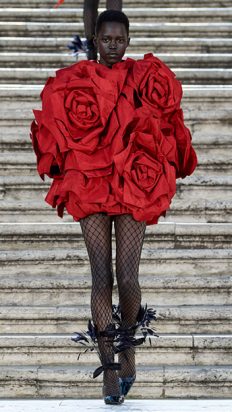 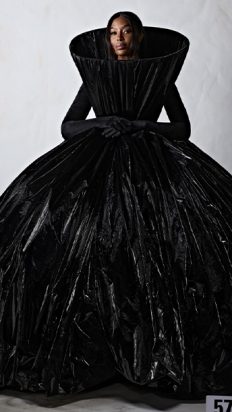 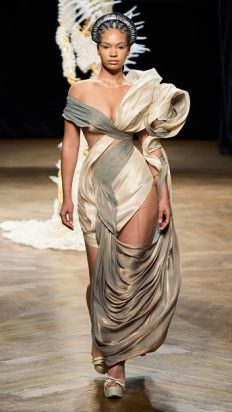 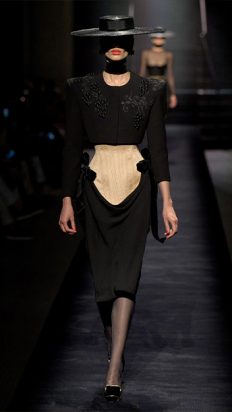