Cassidy Morris on Her Career, Style Icons and Partying With Kylie Jenner

Cassidy Morris has walked for Lela Jacobs, taught Kylie Jenner how to do a Kiwi accent, and partied on stage with Post Malone. The 23-year-old model and Instagram star is also now the new face of Bravo New Zealand, both on-air and across the TV network’s social and digital platforms.

We caught up with Cassidy earlier today to talk about her favourite local designers, life in LA, and that Kylie video.

“I did a lot of modeling, so that was probably where I got my confidence in front of a camera, but I must admit, you should have seen me probably three years ago – there was no confidence there, so it has definitely grown.”From there I just noticed I had a lot more personality to give than just posing, and I love talking and chatting to people so I think I’ve almost trained myself up to be talking in front of a camera rather than posing.”

“I was involved in the one just been, which was really exciting. I walked for Bendon which was definitely a highlight. That was awesome. Lela Jacobs was definitely my favourite (show). It was just such a unique, artistic show. We had white mascara, they put extensions all through our hair, it was crazy. Quite a gothic look”. 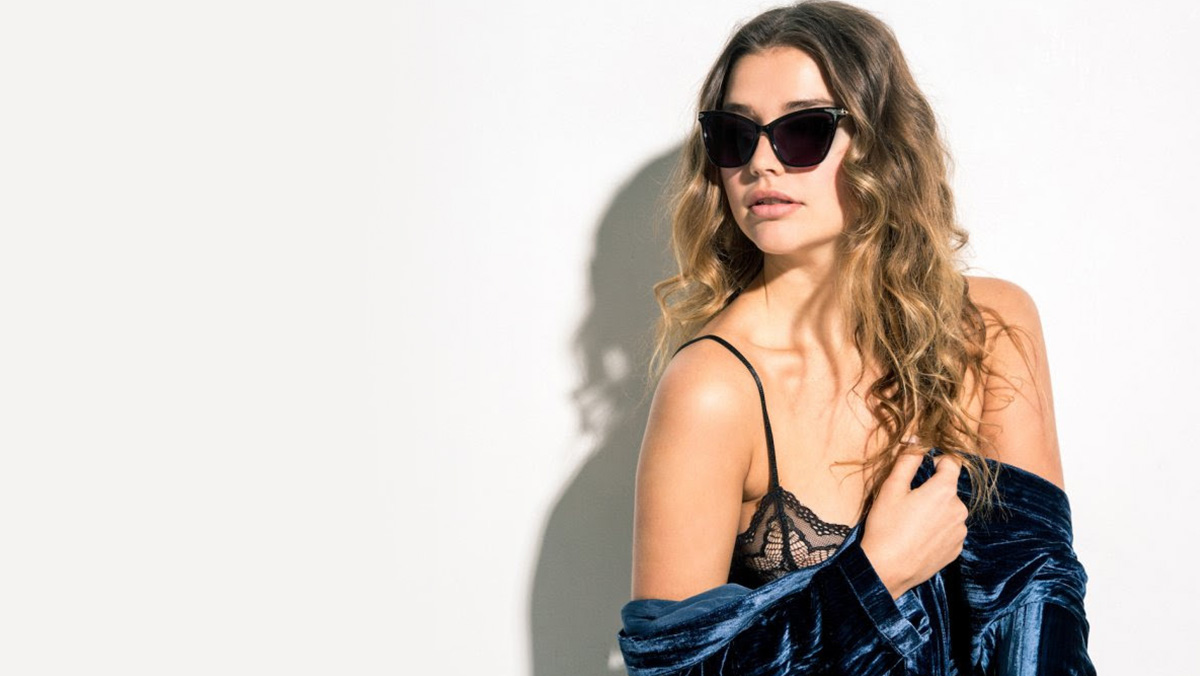 “I moved to LA beginning of last year and that was honestly more so just a trip for me, it was so spontaneous, I was like ‘you know what, I’m packing up and I’m going’, it was my first big step, almost like an OE but not really. I was just like ‘let’s give it a crack’. I went a year before with my parents and managed to shoot with a really good photographer and he was like, “You need to come back, you’ve got some great contacts over here so give it a go, why not?”, and I had nothing to lose at the time.

“I didn’t actually get to do a whole lot of modelling, just because my visa hadn’t gone through, but I worked for one of my favourite brands – Hadid Eyewear. I got to do their campaign for Lanzy Hadid (Alana Hadid) which is as you know is Gigi and Bella’s older sister, so that was awesome, that was, for me, an accomplishment to be put in that brand. It was really cool.

“The most challenging part of my career was moving to LA, yet it was still the most rewarding for me because it taught me so much, so many things about myself as well, which was super important, even my parents were not happy with me moving over there, and they now say it was probably the best thing you’ve done.

“I have such a large family and we’re all there for each other constantly, so moving overseas by myself, not knowing anyone, it was almost like ‘ok now you’ve fully got to depend on yourself’ instead of always falling back on my sister or my mum, and having someone there. It was good. It was super exciting.”

What drew you back to NZ?

“I came back for Christmas, and over that time I met my now boyfriend, and then I also, in my mind I was like ‘you know, I do miss home’, and I guess it doesn’t help when you come back in summer when it’s all like amazing, so I’m like that probably wasn’t a smart move, and so I already had flights booked back, so I went back, and that kind of just confirmed ‘you know like no, home is where I need to be’”.

“I loved working with Bendon, even before I did their show I did do some shoots and the whole team there I absolutely adore, so that kind of makes everything better. It makes shooting for them amazing, so Bendon is definitely one of my favourites. I have collaborated with Stolen Girlfriends Club, Marc (Moore) is incredible, so that was another one I loved being a part of. Those two are probably my two favourites, other than Hadid Eyewear of course”.

“International style icons would probably have to be Kendall Jenner, because she also has an edginess to her, yet she’s quite casual and chic at the same time, which is me, like I’m not the biggest girly girl, and I kind of love that casual yet chic, edgy kind of vibe, so yeah probably Kendall Jenner for international.

“Locally, although he is a male, I would say Marc Moore, just because I love his edginess, and he’s definitely not afraid to go outside of the box.

“Whilst I was over in LA I became quite good friends actually with Tyga and Tyga’s best friend, who was also his producer at the time, just from attending the same parties and we ended up all deciding on going away  together.

“Kylie obviously came, and from there on it was just Kylie and I and we just ended up hanging out and becoming good friends and it all kind of just started from there and we then started carrying on from the trip, to back in LA, so it was really cool.

“She’s amazing, she really is. She’s so nice, honestly she’s the most open person, I mean to open up her world to someone like me, was pretty incredible”.

“It was definitely when we (Kylie + co) went out for dinner one night and I hopped out of the car just not even thinking, and, honestly you should see the photos online of my just walking out and I’m just like, there’s paparazzi, and I’m just not used to this, so yeah it was pretty intense but living in LA you get used to it, just walking around you can see someone getting chased by the paparazzi.

“The thing that I love about LA is that I never knew what was going to happen the next day, and that’s why I always made a conscious effort of putting myself out there, going and attending things, even when I was exhausted I would be like ‘no gotta go’, you never know who you’re going to meet and you never know the opportunities you’re going to get.

“There was just so many times you’d run into someone and you’d be like ‘did I really just run into that person?’, you know, those little things. But I’m in LA, it happens. It’s awesome. I had so much fun. It’s cool”.

“Wynn Hamlyn is one of my favourites, I absolutely adore him. Paris Georgia is another. Obviously Stolen Girlfriends Club I’ve been a fan of from the start. Those are probably my top ones. The ones that are always my ‘go tos’. I’ve always loved Trelise Cooper but that’s always been my girly side, which I don’t really tend to share!”

“We were at this pre-party and he just came up to me and was like, “Oh my god I love your outfit, and then we just got talking and he was like “your accent, oh you must be Australian” and I’m like “no, no, I’m a Kiwi” and he’s awesome, he’s hilarious. He was great.

“I was wearing this little vintage dress I got from the LA market place, so it wasn’t any label. I think I got it for $11 so it was perfect. The Coachella thing was such a last-minute decision. That was the year before [last].

“No one has shame over there. I think I saw someone walking around in, honestly, it looked like lingerie. The amount of glitter and the amount of glam people use is insane. But I love it, it makes it fun. That’s Coachella!”

“This summer I think leather boots and a casual white tee, or a casual vintage tee. Definitely my go-to’s.”

Emma Lewisham: The Future of Beauty

The Best Red Carpet Looks at the 2022 Fashion Awards